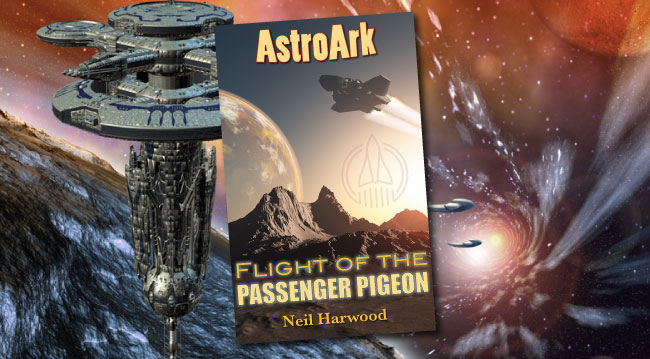 AstroArk: The Flight Of The Passenger Pigeon is an incredible space adventure for children and young adults.


Earth… The Not Too Distant Future

Join the crew of the Passenger Pigeon – an experimental ‘AstroArk’ spaceship – on an incredible adventure in space. Their mission: to save endangered Earth species from extinction.

Captain Rupert Smith is a war-hardened space captain. Incredibly brave, he will do whatever it takes to ensure both the safety of his crew and the success of his mission.

Zoologist Sandy O’Brian is in charge of the animals onboard the Passenger Pigeon. He’s a brilliant scientist, but highly-strung and happier in the company of animals than people.

With a crew of skilled – but slightly crazy – StarNavy veterans, the Passenger Pigeon’s first mission is to save the critically endangered leatherback turtle.

Will they manage to escape the Jarg invasion? Why are mankind’s most dangerous enemy so interested in the Passenger Pigeon? What is the AstroArk’s mysterious destination?

An incredible space adventure for lovers of sci-fi and wildlife alike, AstroArk: The Flight Of The Passenger Pigeon will entertain readers of all ages.

Available for all Kindle readers and apps.

This title is currently out of print

See our other books.