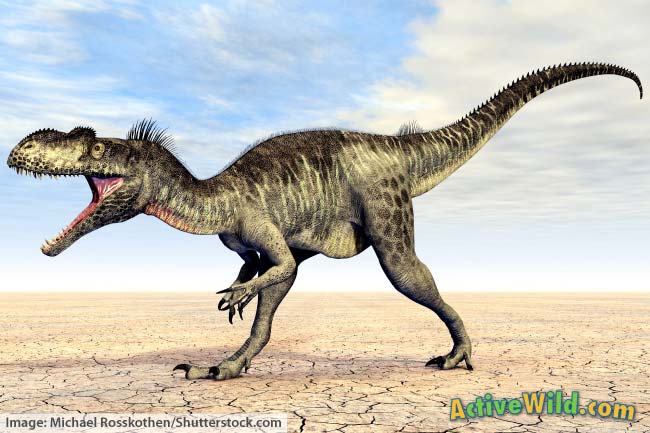 Megalosaurus was a large meat-eating dinosaur of the middle Jurassic period. This article contains Megalosaurus facts for kids and adults, and is part of our Dinosaur Facts Series. Let’s learn more about this fearsome dino …

Megalosaurus was the first dinosaur to be named. Despite this, not much is known about it, and no full specimens have been discovered.

Megalosaurus was typical theropod dinosaur, standing on two legs, and having short arms and a long tail. It was between 7 and 9 m (23 and 30 ft.) in length and weighed around 1 tonne (1.1 short tons).

(You can learn about theropods and other types of dinosaur here: Types of Dinosaur.)

Megalosaurus had a large head. Its powerful jaws were filled with long teeth – ideal for cutting through meat! 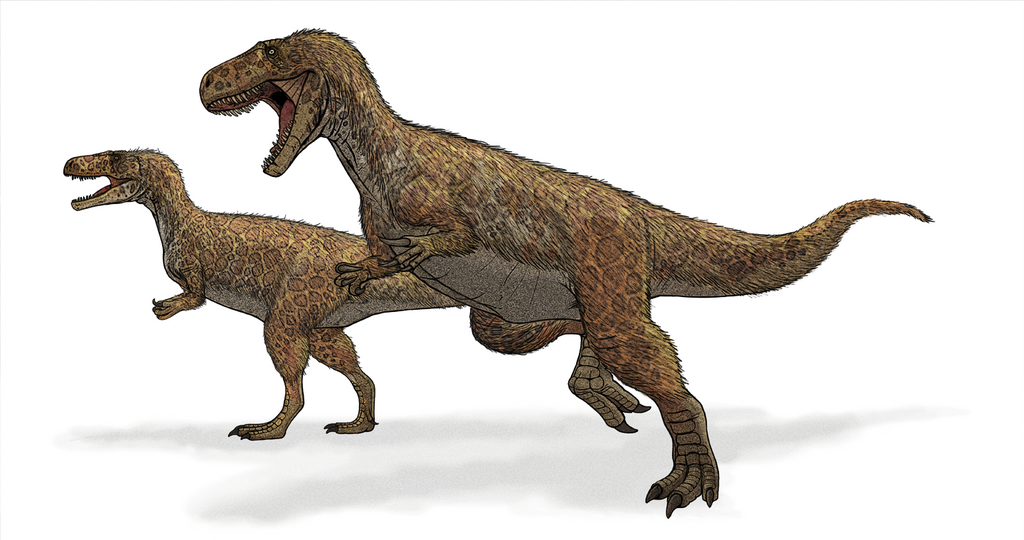 When Did Megalosaurus Live?

Megalosaurus lived around 166 million years ago, during the mid-Jurassic period

The first Megalosaurus fossil was discovered in 1676 in the Taynton Limestone Formation, in Oxfordshire, England. Consisting of just part of a bone, it caused confusion among the biologists of the time.

Although they saw that it could not belong to any British animal, they didn’t realize that it came from a completely ‘new’ type of animal – dinosaurs had yet to be discovered.

Over the years more Megalosaurus bones were found in England. These included part of a jawbone, part of a spine, and part of a pelvis. In the early 1820’s paleontologist William Buckland realized that the bones belonged to giant reptiles.

In 1822 James Parkinson announced the name ‘Megalosaurus’, which means ‘giant’, or ‘great’ ‘lizard’. It was the first dinosaur to be given an official name.

In 1827, Gideon Mantell wrote about Megalosaurus in a geological survey of south east England, naming the species Megalosaurus bucklandii, after William Buckland.

Together with Iguanodon and Hylaeosaurus, Megalosaurus was one of the three examples Richard Owen gave in 1842 when he announced the discovery of a new type of animal – the dinosaur.

It’s not just fossilized bones that are used by scientists to piece together what happened in the Mesozoic Era; fossilized Megalosaurus footprints have also been found!

We hope that you have enjoyed learning about Megalosaurus. As one of the earliest dinosaurs to have been found and named, it is an important part of ‘dinosaur history’.