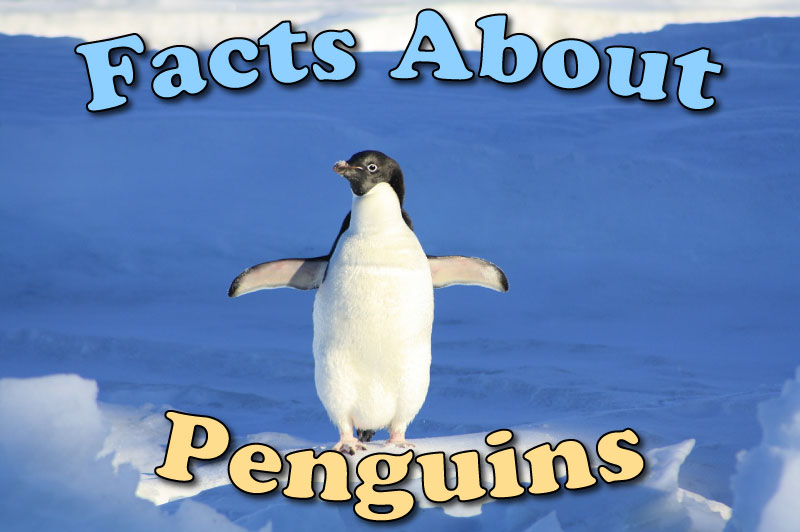 Penguins don’t look much like other birds: they stand up straight like humans and can’t fly. They may look clumsy on land but they are extremely good swimmers.

Did you know that penguins have more feathers than any other kind of bird? For more penguin information, including 10 interesting facts about penguins for kids, read on…

Penguins are flightless sea birds. Over time, their wings have evolved to be like flippers to help them swim. Penguins have short legs that are set low down on their bodies. This means that they stand upright like humans. Although they are not very graceful on land, penguins are expert swimmers.

Penguins also slide over the snow and ice on their bellies. This uses less energy than walking, and is known as ‘tobogganing‘. They also do this when entering and leaving the water.

You can see some Adélie penguins tobogganing in the video below.

Penguins have black backs and white undersides. Surprisingly, this provides them with excellent camouflage when they are in the water (as we’ll find out below). Some penguins have additional patches of colour on their heads.

Penguins are shaped like mini torpedoes, with long bodies, short tails, short necks and big heads. They are designed to be fast and maneuverable under water – this is because one of their main foods is fish!

No, penguins are not mammals. It’s probably because penguins stand upright and look a little like humans that people sometimes think that! Penguins are birds: they have feathers and lay eggs.

Do Penguins Have Feathers? Why Are They Black And White?

Yes, penguins have feathers all over their bodies to keep them warm and provide camouflage. Their outer feathers are interlocked, and prevent water from getting into the downy feathers near their skin.

The black and white plumage may seem rather conspicuous out of the water, but when penguins are swimming it is a different matter. The white of their undersides hides them against the reflected light and ice on the surface. The darkness of their backs conceals them from above.

No, penguins can’t fly. Their wings have evolved to be more like flippers. However, if you watch a penguin swimming, you can see that their swimming style looks very like they are flying through the water.

Where Do Penguins Live?

Penguins live in the Southern Hemisphere. This means that if you divide the world in two around the equator, all of the penguins are found on the bottom half. Most penguins live near Antarctica, where it is cold. However, some species live near the equator.

Penguins spend roughly half of their lives in the water.

What Do Penguins Eat?

Penguins eat food from the sea such as krill, fish and squid. Emperor penguins have been recorded at depths of 565 metres! Penguins’ eyes are adapted for seeing underwater, and they hunt by sight.

There are at least 17 types of penguin. Amazingly, scientists do not agree over exactly how many penguin species there are. This is because some types of penguin are so similar that some scientists consider them to be the same species of penguin, whereas others think that they are different species!

Here is a brief introduction to each species.

Adélie penguin – one of the smaller types of penguin, you can recognize it by the white rings around its eyes.

African penguin – this type of penguin is found in South Africa. Its belly is not entirely white. It has a black rainbow-shaped strap on their neck. This penguin is also known as a jackass penguin (due to the donkey-like sound of its call) or blackfoot penguin. It makes long burrows to lay its eggs in.

Chinstrap penguin – this penguin is easily recognisable, because it has a black strap under its chin.

Emperor penguin – this is the largest type of penguin, and can grow to be over 1 metre tall. Emperor penguins can’t be confused with other species, because of their size. They also have orange cheeks and yellow upper breasts. 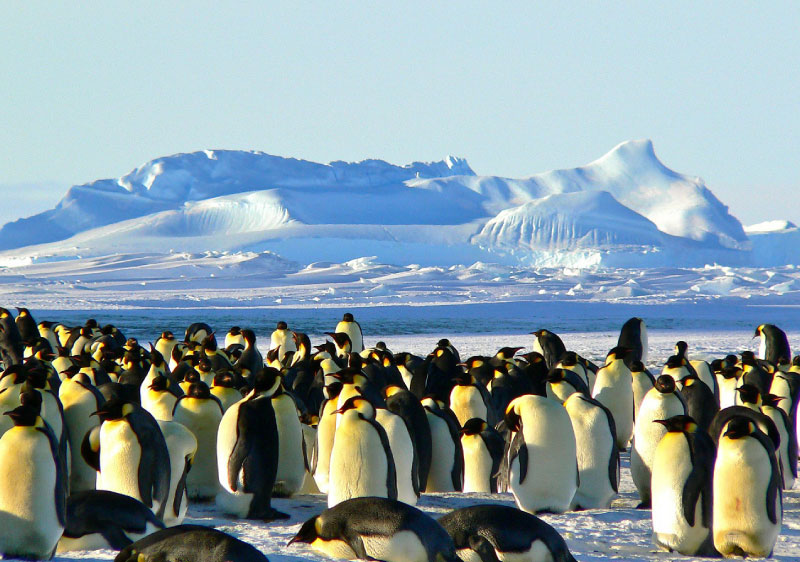 Erect-crested penguin – these penguins have a very distinguishable and interesting ‘hairstyle’. They have upright yellow plumes that form a crest on thier heads.

Fiordland penguin – this penguin also has a yellow stripe above his eyes, but unlike the erect-crested penguin the feathers are not upright.

Galápagos penguin – this species is only found in the Galapagos Islands. It is the second smallest type of penguin. The Galápagos Penguin is an endangered species

Gentoo penguin – Gentoo penguins have a beautiful white strap on their heads that runs from the one eye to the other.

Humboldt penguin – found in South America, humboldt penguins have a dark strap on their breasts and a white band around the head. These penguins also have pink skin under their jaw. 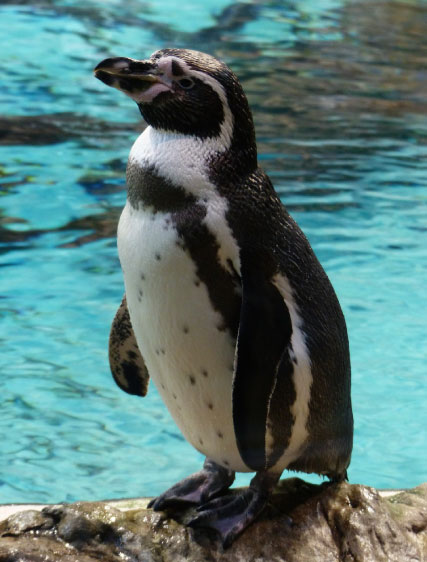 King penguin – these beautiful birds are the second largest type of penguin. They have orange cheeks and upper breasts.

Little penguin – this is the smallest type of penguin. They grow to an average of 33cm; tiny compared to the metre-tall emperor. Little penguins are found in Southern Australia and New Zealand. The Penguin Foundation charity has been set up to protect these birds.

Macaroni penguins – very similar to the royal penguin, macaroni penguins are one of the six types of penguin to have crests. The name comes from an old English hairstyle, not because they like to eat pasta! Their feather plumes are orange and start from above the eyes, spreading left and right to the back of his head.

Magellanic penguin – lives in South America and the Falkland Islands. They have two dark straps on their breast and have a great area of bare facial skin. Magellanic penguins mate for life (the mother and father birds stay together for all of their lives) and nest in burrows and under bushes.

Royal penguin – another crested penguin, the royal penguin is similar to the macaroni penguin, but has a white face.

Yellow-eyed penguin – one of the rarest penguins, with only around 4,000 animals left in the wild. As well as having yellow eyes, this type of penguin is also identified by the yellow strap around its head. Yellow-eyed penguins live in New Zealand.

10 Amazon Facts About Penguins For Kids