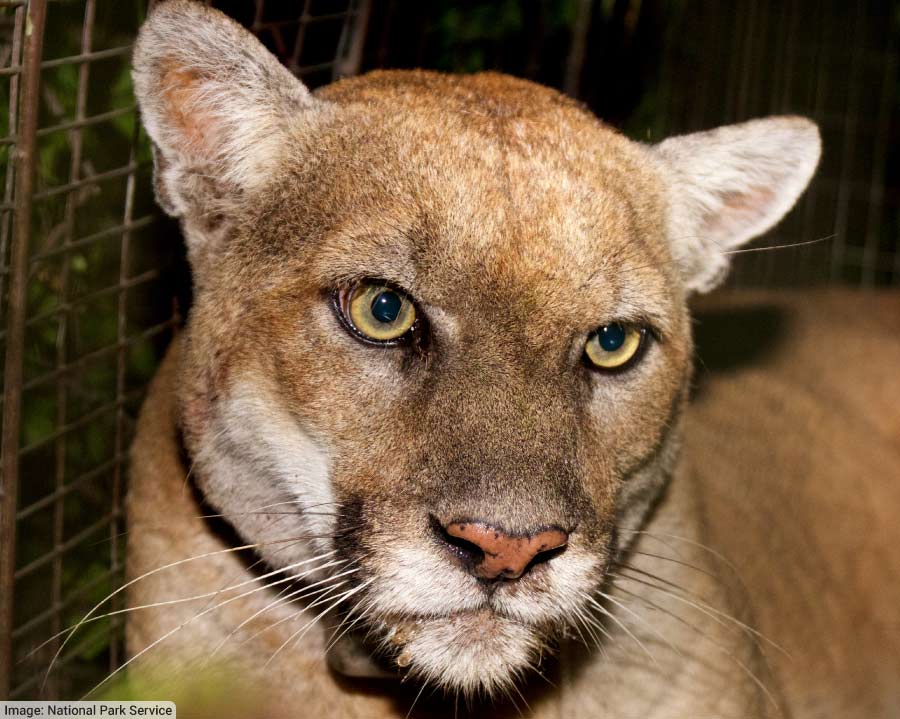 A mountain lion named P-22, who attained celebrity status after taking up residence in Los Angeles’s Griffith Park, recently had to be euthanized after sustaining injuries consistent with being hit by a car.

The mountain lion is a wild cat native to the Americas. The species goes by several other names, including puma and cougar, and is the second-largest member of the cat family found in North America (the largest is the Jaguar, which is exceedingly rare north of Mexico).

Mountain lions are usually found in unpopulated areas far from human habitation. P-22’s arrival at Griffith Park in 2012 therefore caused much excitement among Californian wildlife lovers, and led to the cat achieving celebrity status, both in L.A. and further afield.

Griffith Park is famous for being the location of both the iconic Hollywood sign and the Griffith Observatory (Wikipedia). Despite being one of North America’s largest urban parks, its 4,310 acres (1,740 ha) represents a tiny territory for an adult male mountain lion.

Due to the park’s proximity to several freeways, P-22 was unlikely ever to have found a mate. Prior to P-22’s arrival, the busy roads surrounding the park had been responsible for the deaths of a number of other mountain lions.

Part of P-22’s legacy is the planned construction of the Wallis Annenberg Wildlife Crossing (Wikipedia), an overpass that will span the 10 lanes of the US 101 freeway. P-22 became a figurehead for the project, which is planned to be completed in fall 2024. (source)

P-22 made the headlines several times during his life, achieving particular notoriety for the likely killing of a koala in Los Angeles Zoo. (In P-22’s defense, despite his being sighted in the zoo at the time, there is no footage of the actual attack.)

The lasting image of P-22 walking in front of the Hollywood sign was taken by National Geographic photographer Steve Winter as part of a 15-month project to photograph the cat.

Although P-22’s exact age is unknown, it is thought that he was 12 at the time of his death. This is very old for a wild mountain lion, and may explain the cat’s increasingly erratic behavior in the last few weeks of his life

P-22 was seen several times in the neighborhoods of Los Feliz and Silver Lake in the month preceding his death, and was responsible for several attacks on pet dogs, including the killing of a Chihuahua on a leash.

The attacks, and a report of a mountain lion having been struck by a car on the 11th December, led to officials in the Department of Fish and Wildlife making the decision to capture P-22 for a health check.

P-22 had long been fitted with a radio transmitter around his neck, and the cat was located in a private residence in Los Feliz on Monday 12th Dec. Once tranquilized by dart, P-22 was taken first to Los Angeles Zoo, where his condition was assessed by vets, and then to the San Diego Wildlife Alliance.

Although P-22’s condition was first announced as being stable, his health began to deteriorate. Further examination revealed numerous serious health problems, relating both to old age and to the probable car strike.

Officials decided that the kindest outcome would be to euthanize P-22. The procedure was carried out on 17th December, thereby ending P-22’s reign as apex predator of the Hollywood Hills, but showing the world that even large predators such as mountain lions can live in (relative) harmony alongside humans.