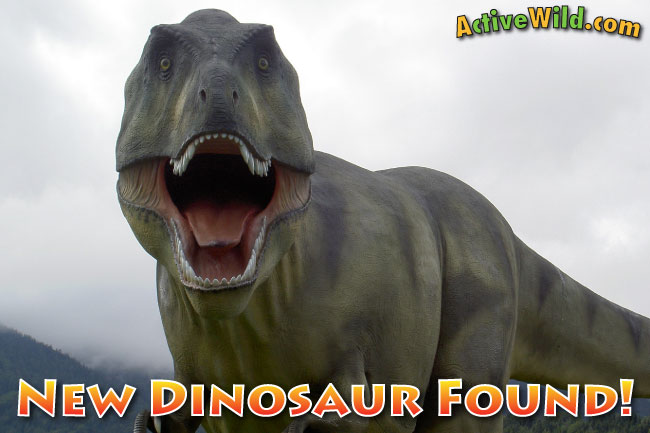 Find out about the recently discovered dinosaur Daspletosaurus horneri. Specimens of this new tyrannosaur species have helped paleontologists understand how dinosaurs evolved, what they looked like, and also how they behaved!

Although no complete skeletons of Daspletosaurus horneri have been unearthed, the fossils that have been found are extremely well preserved. From these partial remains scientists can piece together not only what kind of dinosaur it was, but also how it lived.

Daspletosaurus horneri was a member of the tyrannosauridae family. Its name means ‘Horner’s Frightful Lizard’. The species was named in honor of renowned paleontologist Jack Horner.

Daspletosaurus horneri would have been a fearsome sight in the warm, dry Cretaceous region in which it lived.

However, this giant dino was still only around three quarters of the size of the mighty T. Rex!

Where Was Daspletosaurus horneri Found?

Daspletosaurus horneri was discovered in the Two Medicine Formation in northwest Montana, USA.

You can see the approximate location of the formation on the map below:

This body of rock was formed between 83.5 and 70.6 million years ago, during the Campanian age of the Late Cretaceous epoch.

In those distant times, the area was part of an island continent called Laramidia, split from the rest of what is now North America by an inland sea called the Western Interior Seaway.

Several partial Daspletosaurus horneri skeletons have been discovered. The holotype (the specimen that is used to describe a new species) consists of a complete skull, a nearly complete hind limb and parts of a forelimb.

Why the Discovery of This New Tyrannosaur Is Important

The new dinosaur provides evidence of the evolutionary process of anagenesis. This is when a species has evolved to be sufficiently different from its ancestors for it to be considered a new species.

The Daspletosaurus horneri specimens are extremely well preserved. This has allowed paleontologists to be able to work out what kind of scales and skin were present on the dinosaur’s face.

They found that the Tyrannosaur’s face was covered in large, flat scales and armor-like skin. The scales extended to the teeth, and no evidence of lips was found.

In the snout and jaws of Daspletosaurus horneri are multiple openings through which nerves would have passed.

Similar openings are found in the snouts of today’s crocodilians. In crocodilians, they correspond to ‘integumentary sensory organs’ (ISOs) in the skin.

These organs are extremely sensitive to pressure and vibrations. They allow crocodilians to detect the tiniest of movements in the water. Studies have shown that a crocodilian’s snout is more sensitive than a human’s fingertips.

Because of the similarities between the snout of Daspletosaurus horneri and that of crocodilians, scientists believe that the dinosaurs also had ISOs.

This would have meant that the dinosaur’s snout was extremely sensitive; useful for capturing prey, manipulating objects, and protecting the dinosaur from injury.

Using their snouts, female crocodilians can gauge and maintain the correct temperature of a nest site. Tyrannosaurs too may have possessed this capability.

Like crocodiles, they may have been able to pick up eggs and hatchlings in their mouths without harming their offspring.

The dinosaur’s sensitive snouts may even have played a part in male and female bonding.

From finding several incomplete skeletons in a well-known dinosaur hotspot, paleontologists were able to piece together an incredible amount of information about the evolution, appearance and lifestyle of this new dinosaur.

3 thoughts on “Daspletosaurus Horneri, A New Species of Dinosaur, Has Recently Been Discovered!”