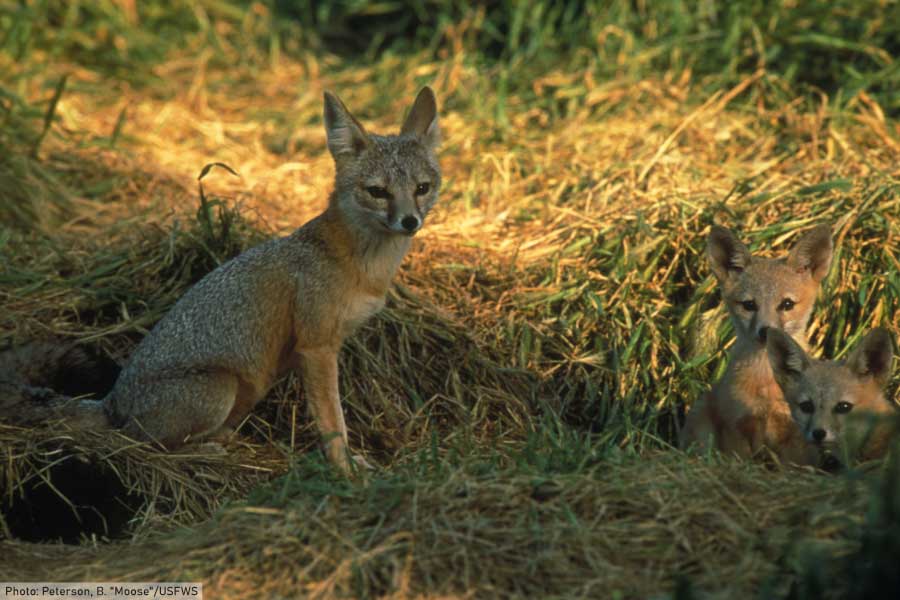 What Is A Kit Fox?

The kit fox is a small fox found in North America. It inhabits deserts and other dry habitats in the southwestern United States and Mexico. Like other desert-living canids such the fennec fox of Africa, the kit fox has large ears. These not only provide the fox with acute hearing, but also serve to dissipate body heat, keeping the fox cool in the desert heat.

Kit Fox Facts At A Glance 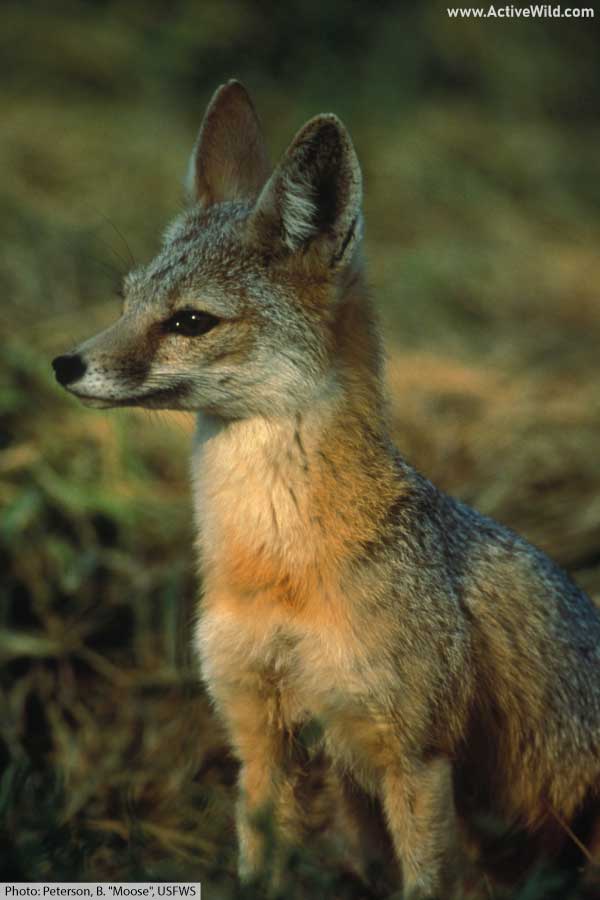 Kit Fox Adaptions For Living In The Desert

How To Recognize A Kit Fox

With an average weight of between 1.6 and 2.7 kg (3.5 and 6.0 lb.), the kit fox is the smallest canid (member of the dog family) found in North America. Male kit foxes are slightly larger than females.

The kit fox typically has gray fur with a rufous tinge and paler undersides, although coat color can range from yellow to gray.

The tail of the kit fox is long (over half of the animal’s combined body and head length), and bushy. It has a black tip, but, unlike that of the gray fox, does not have a distinct black stripe running along its length.

The species has the typically triangular, pointed face of species of genus Vulpes (the ‘true fox’ genus). There is usually a dark patch either side of the nose.

The kit fox’s most distinctive characteristic is its large ears, which are up to 9.5 cm (3.7 in.) in length.

Although not as large as those of the fennec fox (a large-eared African desert fox species), the kit fox’s ears serve the same dual purpose: to provide acute hearing, and to dissipate excess body heat.

As an adaption for walking on the desert sand, the kit fox has fur on the pads of its paws. This not only protects the fox’s feet from the hot sand, but also provides extra grip and enables the fox to walk silently.

Where Is The Kit Fox Found?

Which Deserts Is The Kit Fox Found In?

The kit fox is found in the Chihuahuan, Great Basin, Sonoran and Mojave Deserts.

The kit fox inhabits deserts and other dry habitats, including scrublands (areas whose foliage consists of bushes and small trees) and grasslands. The species will also inhabit agricultural land, and may even venture into urban areas.

Being a burrowing animal, the kit fox is likely to favor areas with loose soil in which it can dig its dens.

The kit fox belongs to the genus Vulpes. Animals of this genus are known as ‘true foxes’. The group is part of the dog family Canidae, which itself is part of the order Carnivora.

Carnivora consists of several mammal families whose members all share a common ancestor. Other carnivoran families include Felidae (the cat family), and Ursidae (the bear family).

The kit fox is predominantly nocturnal, and rarely seen during the day.

Although not a highly territorial species, a mated pair of kit foxes will usually live at least 2 km from the nearest mated pair.

A kit fox makes use of a number of burrows within its home range. Dens used for predator evasion, daytime resting and sheltering from high temperatures are usually simpler than those used for raising young. They may consist of just a single chamber with a single entrance.

A mated pair will use a more complex den, with multiple entrances and chambers, for raising a litter. These family burrows are passed on from generation to generation.

The kit fox will either dig its own burrows, or modify and use those vacated by other animals, such as badgers and ground squirrels.

Kit fox burrows have a distinctive keyhole-shaped opening which is around 25 cm (10 in.) tall and 20 cm (8 in.) wide. The narrow width of the den’s opening prevents potential predators from entering.

The kit fox is an opportunistic hunter known prey on a wide range of small vertebrates and invertebrates. It will also scavenge food when available.

Kit fox prey includes rodents such as kangaroo rats, pocket mice, prairie dogs, and ground squirrels. In addition to these and other rodents, the kit fox will consume rabbits (including the cottontail rabbit and black-tailed jackrabbit), birds, snakes, lizards and insects. Some plant matter, such as cactus fruits and tomatoes, is also occasionally eaten.

The kit fox obtains all of the water it needs from its prey. Although not dependent on other water sources, it will drink if water is available.

The kit fox has a number of predators, including coyotes, bobcats, red foxes, American badgers and golden eagles.

Predation is the leading cause of kit fox mortality, with coyotes being responsible for 75% of all kit fox predation.

The breeding season begins in the fall, when established pairs and unmated females make their way to larger dens in preparation for raising a litter. Unmated females are joined by a male a few weeks later.

Breeding takes place in the winter. Gestation is from 49 to 55 days, with most pups being born from late January to March. Kit fox litter size ranges from 1 to 7 pups, with an average of 4 pups.

After giving birth, the female stays in the den and nurses the pups for four weeks before they are weaned. During this time the male provides her with food.

After four to five weeks the cubs begin to spend time outside of the den, and after another two to three months will begin to forage with their parents.

The pups remain under their parents’ care for around five to six months. After this time they begin to disperse from the den, although some young females may remain with their parents to assist with next year’s litter.

The average lifespan of a kit fox is 5.5 years in the wild. The species can reach 12 years in captivity.

Is The Kit Fox Endangered?

Although its population is believed to be declining, the kit fox as a species is not currently endangered, having a conservation status of Least Concern.

The primary threat to the kit fox is habitat loss. This is due to the conversion of the species’ habitat into agricultural fields, the expansion of human settlements, and the building of roads. The construction of solar farms in the USA has had a negative impact on the kit fox.