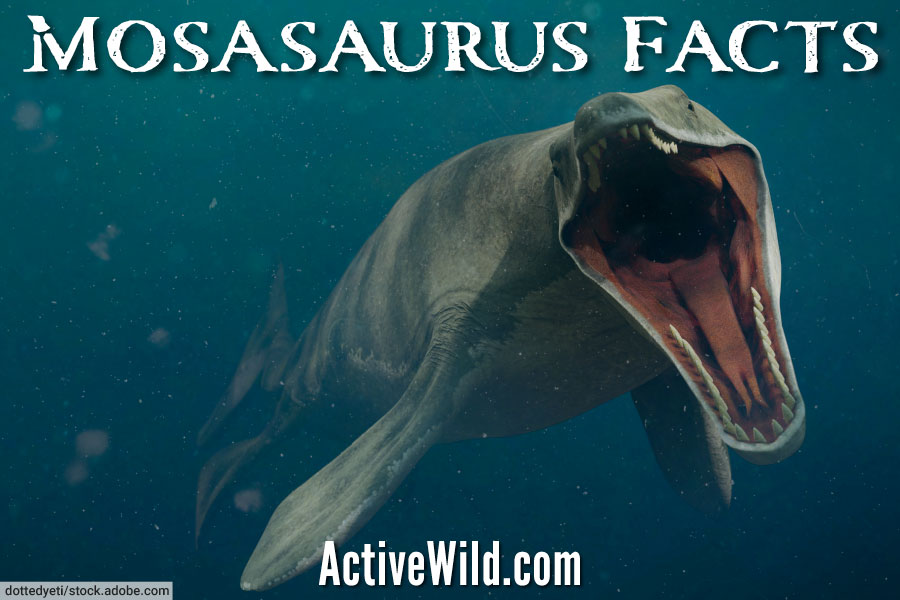 Mosasaurus facts and pictures. Discover a fearsome mosasaur from the Late Cretaceous, made famous by its appearance in the film Jurassic World…

What Is A Mosasaurus?

Mosasaurus is an extinct aquatic reptile that lived at the very end of the Cretaceous Period, from around 82.7 to 66 million years ago. Mosasaurus was not a dinosaur; like other mosasaurs, it was descended from lizards that originally lived on land. Because of this, Mosasaurus belongs to the reptilian order Squamata, which contains all lizards and snakes.

Mosasaurus is not a species; it is a genus. (A genus is a group of closely related animals.) Several different Mosasaurus species have been identified, including M. hoffmannii, M. lemonnieri and M. missouriensis.

The narrow, deep tail of a mosasaur, rather than its four flippers, provided the propulsion that moved the animal through the water. Mosasaurs steered using their four flippers. Like the whales and dolphins of today, mosasaurs had to come to the surface to breathe. 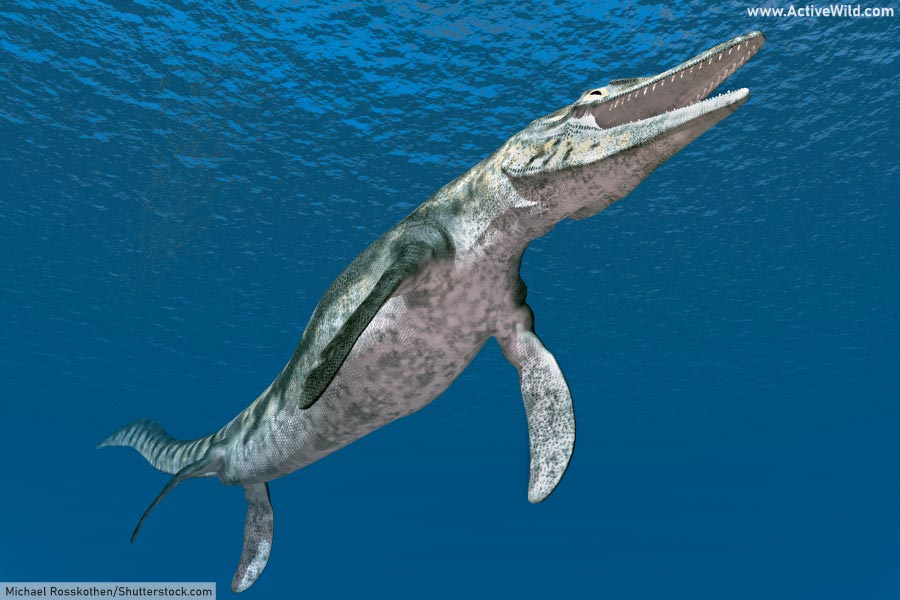 Mosasaurs had large eyes, suggesting that they had acute eyesight and hunted by sight.

Due to its size and adaptations for aquatic living, Mosasaurus is thought to have been fully aquatic, being born in the sea and remaining in the ocean for its entire life.

Based on fossils of other mosasaurs, Mosasaurus is thought to have given birth to live young, rather than laying eggs on the shore like a sea turtle.

Fossils of another mosasaur, Plotosaurus, have scale-like impressions. This suggests that other mosasaurs had scaly skin.

What Does Mosasaurus Mean?

Mosasaurus means “lizard of the Meuse River”. One of the first-known Mosasaur fossils was unearthed in a limestone quarry near Maastricht, a city on the river Meuse in the Netherlands.

Was Mosasaurus A Dinosaur?

Mosasaurus was not a dinosaur. Neither was it related to, nor descended from, the other large marine reptiles of the Mesozoic Era: ichthyosaurs and plesiosaurs. Instead, the ancestors of Mosasaurus were lizards that lived on land and gradually evolved to become fully aquatic.

This means that Mosasaurus (and all other mosasaurs) belongs to the order Squamata – a group of reptiles that contains all snakes and lizards.

The largest Mosasaurus species (and the largest mosasaur) was Mosasaurus hoffmannii, which is thought to have reached lengths of around 56 ft. / 17.1 m. It was one of the largest marine animals of the time and likely an apex predator.

Because many Mosasaurus hoffmannii specimens consist of just skulls, accurate calculation of the living animal’s size is difficult. Some paleontologists calculate that the species may have reached 59 ft. / 18 meters in length.

Mosasaurus may have been big, but it wasn’t quite as big as a blue whale, which is not only the largest living animal, but also the largest animal ever known. The average blue whale is around 23.44m in length and weighs 107.08 (metric) tonnes; around 1.37 times the size of the largest-known Mosasaurus.

Mosasaurus looked like a large monitor lizard with flippers for limbs and a fin that was possibly crescent-shaped at the end of its thin, deep tail. Its jaws were powerful and filled with sharp teeth, which were replaced continuously during the animal’s lifetime.

Similarities in the mouths of mosasaurs and living squamates (snakes and lizards) suggest that, like the modern reptiles, mosasaurs may have had forked tongues. If so, it’s possible that mosasaurs flicked their tongues out to detect scents in a manner similar to that seen in living squamates.

When Did Mosasaurus Live?

Mosasaurus lived from around 82.7 to 66 million years ago, at the very end of the Cretaceous Period. It became extinct in the Cretaceous-Paleogene Extinction Event that also wiped out the non-avian dinosaurs, plesiosaurs, pterosaurs, ammonites, and many other animals and plants.

Where Did Mosasaurus Live?

Mosasaurus lived in the Atlantic Ocean and in connected seas, such as the Western Interior Seaway, which divided North America into two separate landmasses for much of the Cretaceous Period.

Mosasaurus fossils have been found in the Americas, Europe, Africa, Asia and Antarctica.

The first Mosasaurus fossil was a skull found in a quarry near Maastricht, in the Netherlands, in 1764. It was mistakenly identified as a crocodile. Another Mosasaurus skull, found in the same quarry in 1780, was also misidentified, both as a whale and a crocodile. The second skull was at one point stolen by French revolutionaries.

In 1808, the paleontologists Adriaan Gilles Camper and Georges Cuvier recognized that the second skull belonged to a marine lizard. It was only in 1822 that English paleontologist William Daniel Conybeare gave the specimens the genus name Mosasaurus.

What Did Mosasaurus Eat?

Mosasaurus was a large, powerful, fast-moving and well-armed predator that likely sat at the top of the food-chain in the oceans of the Mesozoic Era.

Mosasaurus bite marks have been found on the fossilized remains of ammonites and the large sea turtle Allopleuron hoffmanni. Bite marks on a nautiloid, Argonautilus catarinae, may also have been caused by a Mosasaurus.

One Mosasaurus fossil contains the remains of a large fish, and it is likely that Mosasaurus was an indiscriminate hunter of many different types of sea animals, including other mosasaurs. At least two Mosasaurus specimens have injuries caused by another Mosasaurus of the same species.

What Animals Did Mosasaurus Live With?

By the time Mosasaurus appeared, Ichthyosaurs had died out, but the long-necked plesiosaurs still lived (like the mosasaurs, they would be present until the Cretaceous-Paleogene Extinction Event).

A Mosasaurus made several scene-stealing appearances in the film Jurassic World, but how realistic was the film version? Although the Mosasaurus in Jurassic World was probably exaggerated in terms of size; had crocodile, rather than lizard-like skin; and had a tongue that wasn’t forked (some paleontologists believe that mosasaurs had forked tongues), we think that the filmmakers did a good job of capturing the formidable presence of the real thing!

You can discover more about prehistoric life and the Mesozoic Era on the following pages: