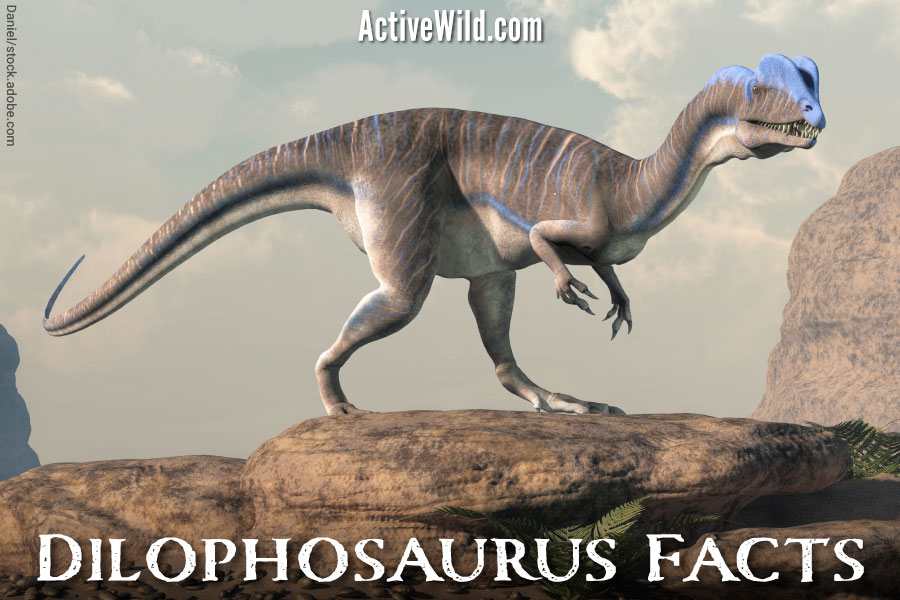 Dilophosaurus facts, pictures and information. How does the real-life dinosaur compare to its Jurassic Park counterpart?

Dilophosaurus is a theropod dinosaur that lived around 193 million years ago, during the Early Jurassic. One of the largest predatory dinosaurs of North America of the time, Dilophosaurus is known for the distinctive paired crests on its head. In Jurassic Park, Dilophosaurus had the fictional characteristics of an expandable frill and the ability to spit venom.

How to say Dilophosaurus

What does Dilophosaurus mean?

What type of dinosaur was Dilophosaurus?

Dilophosaurus was a theropod dinosaur. Like most other theropods, it was a bipedal carnivore. Dilophosaurus belongs to the family Dilophosauridae along with Dracovenator, an African theropod of a similar size to Dilophosaurus.

How big was Dilophosaurus?

Although lightly built, Dilophosaurus was large for an Early Jurassic predator, and one of the largest-known dinosaurs in Early Cretaceous North America.

A bipedal dinosaur, Dilophosaurus walked on its powerful hind legs and is likely to have been able to run at high speeds. Its arms were shorter than its legs but were powerful and capable of capturing and holding prey.

Like all theropods, each of Dilophosaurus’s feet had three toes. Although it had four fingers on each hand, the fourth finger was small and probably vestigial (unused).

Below the nostril in the upper jaw was a “subnarial gap” – a kink in the jaw bone forming a gap between the front and back teeth. This is also seen in Spinosaurus. To some paleontologists, the presence of a subnarial gap is evidence that Dilophosaurus, like Spinosaurus, was a fish-eater.

The most distinctive feature of Dilophosaurus was the pair of bony crests that ran along the top of the snout from the nostrils to above the eyes.

Dilophosaurus’s crests were delicate, and therefore unlikely to have been used as weapons. Their function may have been to regulate the dinosaur’s body temperature, or for display to attract a mate.

Paleontologist Samuel P. Welles, who helped excavate the first Dilophosaurus specimens, is quoted as saying that the crests were as unexpected as finding “wings on a worm”!

When did Dilophosaurus live?

Dilophosaurus lived around 193 million years ago, during the Early Jurassic.

Where did Dilophosaurus live?

Dilophosaurus lived in North America. The first Dilophosaurus specimens were discovered in Northern Arizona in the Kayenta Formation – a layer of reddish-brown and pink sandstone formed in the Early Jurassic.

Several Dilophosaurus specimens, and numerous other early Jurassic animals, have been found in the same area.

What are thought to be Dilophosaurus tracks have also been found in Red Fleet Dinosaur Tracks Park, Utah. 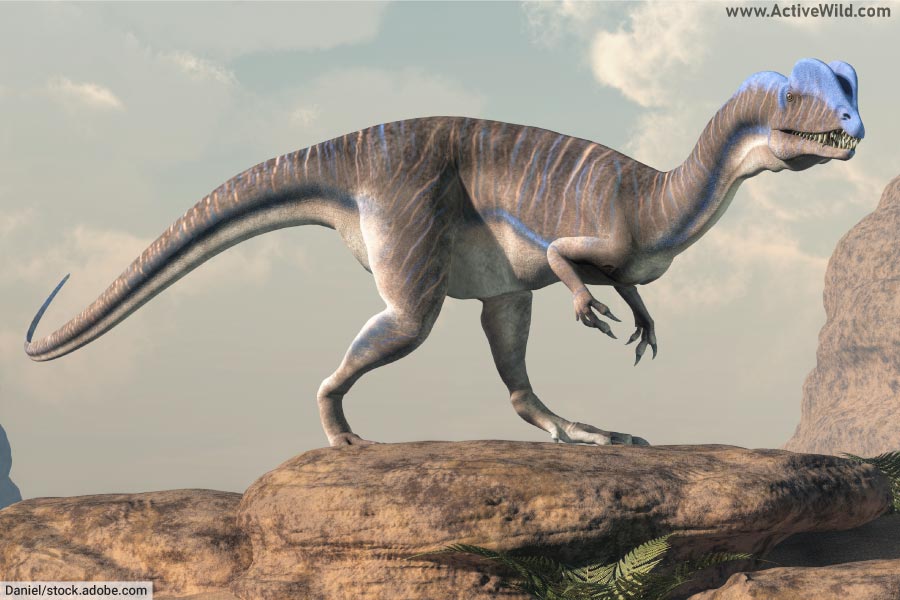 Dilophosaurus was first discovered in 1942 during an exhibition to the Kayenta Formation in northern Arizona led paleontologist Charles L. Camp.

The three specimens that had been discovered were thought to be a species of Megalosaurus. The discovery of a new specimen in 1964 and other finds prompted further research.

The various specimens were eventually identified to be a new genus, which was given the name Dilophosaurus by paleontologist Samuel P. Welles in 1970.

What did Dilophosaurus eat?

Like most theropods, Dilophosaurus was a meat-eater. Its teeth were long – especially those of the upper jaw – and sharp, and its powerful arms and clawed hands were capable of grabbing prey.

Some paleontologists disagree, saying Dilophosaurus was more likely to have been a scavenger.

What dinosaurs did Dilophosaurus live with?

The Kayenta Formation in which Dilophosaurus was found also contains the remains of numerous other animals, including the dinosaurs Coelophysis, Sarahsaurus and Scutellosaurus; the pterosaur Rhamphinion; the turtle Kayentachelys; and the early frog Prosalirus.

Dilophosaurus in Jurassic Park: The Dinosaur That Spits Venom

In the popular novel and film Jurassic Park, Dilophosaurus was portrayed as a dinosaur that spits venom. This ability was a fictional creation of novelist Michael Crichton.

In the film version of Jurassic Park, Dilophosaurus had a neck frill that it could open out as a threat – this too was a fictional embellishment based on the real-life frilled lizard (Chlamydosaurus kingii), found in Australia and New Guinea.

The Dilophosaurus in Jurassic Park was also much smaller than the real-life Dilophosaurus, which, with a length of up to 7 meters / 23 feet, was one of the largest North American dinosaurs of its time.