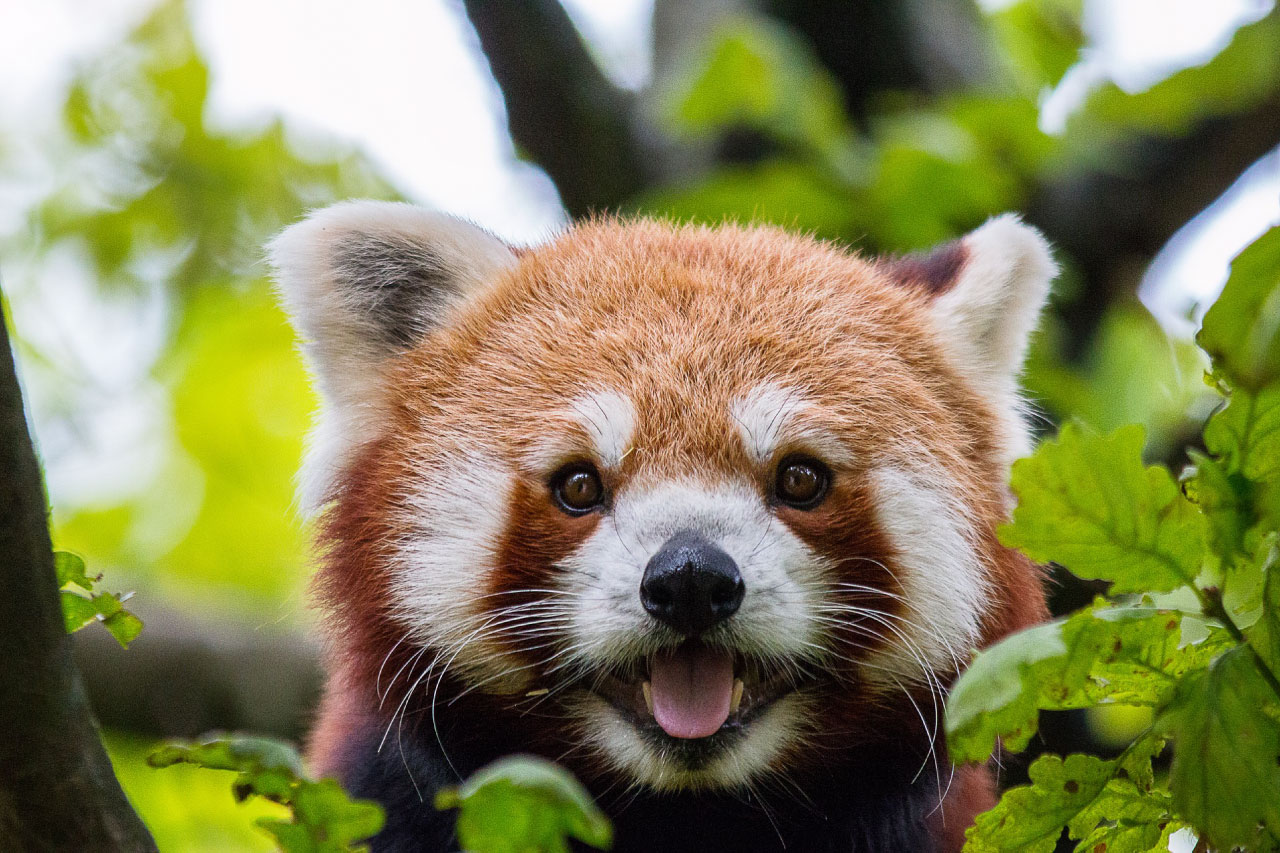 Red panda facts, pictures and information. You might think that, due to its name, the red panda is related to the giant panda … but you’d be wrong! In fact, this cute, cat-sized Asian mammal isn’t a bear at all, and is more closely related to animals such as badgers, skunks and raccoons.

Sadly, due to poaching and habitat loss, the red panda has become endangered. Even the most optimistic estimates put its wild population at around 20,000 individuals.

Let’s find out more about this fascinating animal …

Red Panda Facts At A Glance

Watch the amazing red panda documentary below to see footage of the animal in the wild, or continue reading for in-depth info on the species …

The family Ailuridae belongs to the superfamily Musteloidea, a group of animals that also includes the weasel, raccoon and skunk families.

The red panda looks like a ‘miniature bear’, with a long body and sturdy legs. Unlike a bear, it has a long, bushy tail. Its thick fur is reddish-brown in color. Its undersides and legs are black. The tail is marked with lighter-colored rings.

The red panda has a rounded head with a flat face and pointed, cream-colored ears. Most red pandas have a predominantly white face, with reddish-brown tear-shaped markings below the eyes. The facial markings resemble those of a raccoon and vary from individual to individual. 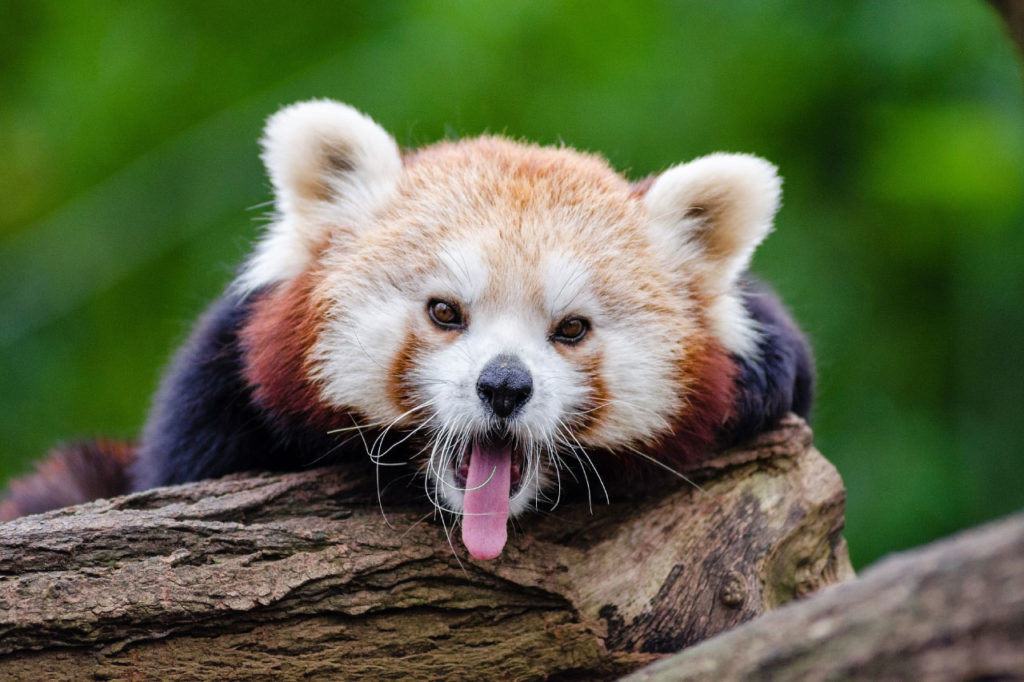 The red panda is slightly bigger than a domestic cat. Males are slightly larger than females, and can weigh up to 6.2 kg (13.7 lb.).

The two subspecies are similar in appearance, with Styan’s red panda possibly being slightly larger and having a darker coat – although there is a degree of variation even between members of the same subspecies.

Where Is The Red Panda Found?

The red panda lives in temperate forests in the Himalayas. Countries in which the red panda is found include Nepal, China, Myanmar, India and Bhutan.

The Brahmaputra River is often considered to form a natural boundary between the ranges of the Western red panda and Styan’s red panda subspecies.

You can see the region in which the red panda is found on the map below:

The Himalayas is a mountain range in Asia. It lies between the Indian Subcontinent and the Tibetan Plateau. Mount Everest – Earth’s highest mountain above sea level – is part of the Himalayas.

The species appears to prefer habitats with the following features: gentle north-facing slopes; near water; dense understory of bamboo and old trees.

The red panda is a solitary, territorial animal. It is mostly active in the late evening and at night. During the day it rests in trees or inside tree hollows.

The red panda’s sleeping posture depends on the temperature: in warm weather, it stretches out on a branch with its legs dangling. In cold weather, it curls up and covers its face with its furry tail.

The red panda is not a particularly vocal species, although it does make some twittering and whistling sounds. Instead, the species communicates via body language. Movements used by the red panda to communicate include: shaking its head from side to side; moving the head slowly up and down; arching of the tail and back; and standing on the hind legs with the forelimbs raised.

The red panda is an arboreal (tree-dwelling) species. It is an excellent climber, and when in the branches uses its tail for balance. It is able to climb down a tree head first by rotating its ankles.

When on the ground the panda walks with its feet flat against the ground and the tail held horizontally. It has a slight waddle due to its front legs being shorter than the hind legs.

The red panda mating season falls between mid-January and early March. Scent marking increases during this time, and both sexes may mate with multiple partners.

At around 3 months of age, the young develop their adult coloration. At this time they start to spend time outside the nest and to eat solid food. The cubs are weaned at around 8 months, but remain with their mother until her next litter is born.

What Do Red Pandas Eat?

Despite being a member of the order Carnivora (a group of animals descended from meat-eating ancestors), the red panda is mainly herbivorous.

Bamboo makes up around 80% of the red panda’s diet. The red panda is unable to digest cellulose – a tough plant material – and as a result has to consume large quantities of bamboo every day. It eats the tender parts of the plant, including the shoots and young leaves.

Other foods eaten by the red panda include fruit, berries, roots, succulent grasses, mushrooms, flowers, lichens and acorns. Occasionally, it may also feed on fish, insects, birds and bird eggs.

The snow leopard (Uncia uncia) is the main predator of the red panda.

When threatened, the panda will usually attempt to flee by climbing a tree. If cornered, it will stand on its hind legs in order to appear bigger than it actually is. It will defend itself by slashing out with its claws.

Is The Red Panda Endangered?

The red panda is rated ‘Endangered’ by the IUCN.

The red panda population has declined significantly (an estimated 50%) over just 3 generations. The main threats to the red panda are mainly linked to the growing human population in the Himalayas. These include: