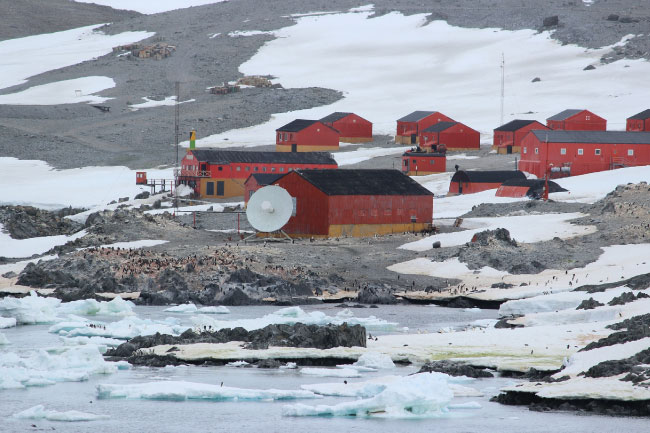 What is the population of Antarctica? On this page we’ll look at the Antarctica population. We’ll find out how many people live in Antarctica, and also find out when the continent was discovered and by whom …

Antarctica is a continent located at the southernmost part of the world. You can find out more about Antarctica here: Antarctica Facts.

Antarctica is the world’s coldest, windiest and driest continent. In fact, it’s officially a desert. As you might imagine, Antarctica has a very small population.

Around 4,400 people live in Antarctica during the summer.

In the winter, the population of Antarctica falls to around 1,100.

The population of Antarctica consists of scientists, researchers, and their support staff.

At any time there may also be as many as 1,000 people on board ships in the Southern Ocean. These are mainly support ships for the bases on Antarctica, and vessels undertaking scientific work.

The Southern Ocean is the ocean that surrounds Antarctica. Its northern limit is usually regarded as being 60°S latitude, which forms a circle around Antarctica. This is also the region covered by the Antarctic Treaty.

The Antarctic Treaty prevents any country from claiming ownership of Antarctica. It also prevents mining and military operations on the continent.

Antarctica Population: Who Lives On Antarctica?

Antarctica has never had an indigenous population. The people living on the continent today are all from other parts of the world.

Antarctica doesn’t have a government, or an economy.

29 countries currently have research stations on Antarctica. The country with the largest number of people in Antarctica is the USA, followed by Argentina, Chile and Russia.

Compare this to the population densities of the three most populated countries in the world:

Despite its low population density, Antarctica isn’t a good place to go for a bit of peace and quiet: storm force winds and blizzards are commonplace.

The first people ever to enter the Antarctic Circle were the crews of the HMS Resolution and the HMS Adventure, on an expedition commanded by English naval captain James Cook. This occurred on the 17th January 1773.

Although Cook came close to Antarctica, the first people ever to have laid eyes on the continent were the Russian explorers Fabian Gottlieb von Bellingshausen and Mikhail Lazarev and the crews of their ships, the Vostok and Mirny. They sighted the Fimbul ice shelf in 1820.

The first person documented to have set foot on Antarctica was the American sealer John Davis, although this was never confirmed. The first confirmed landing took place in 1895.

Despite the harsh conditions, many animals and plants live in Antarctica. LArge colonies of seabirds (including penguins) and seals live on the Antarctic coast, and whales and specially-adapted fish are found in the Southern Ocean.

You can find out about the animals of Antarctica here: Antarctic Animals List.

We hope that you have enjoyed finding out about the population of Antarctica. You can find out more about the region here: Antarctica Facts.

You can find out about the world’s other polar region here: Arctic Facts.