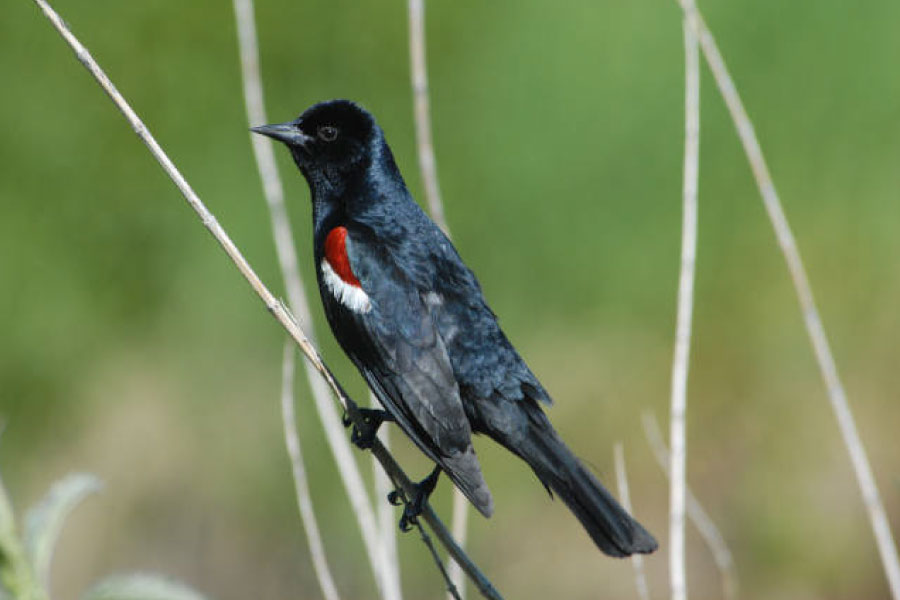 A recently-published report has revealed widespread declines in U.S. birds in all habitats except one.

On this page, we examine the key findings of the report, and take a closer look at 10 US bird species identified as “tipping-point” birds – species that have suffered significant decline in their population in the last 50 years.

How many of these ten birds have you seen recently? Have you noticed a decline in their numbers – or in the numbers of any other species? Let us know in the comments section.

2022 State Of The Birds Report

The State of the Birds 2022 report was published by the U.S. Committee of the North American Bird Conservation Initiative (NABCI). It used the latest scientific data and monitoring techniques to assess the status of the nation’s bird species.

The report was the first comprehensive study of the country’s birds since 2019, when it was found that nearly 3 billion birds had been lost in the U.S. and Canada in the preceding 50 years.

The State of the Birds 2022 report found that:

The report details two main trends, one hopeful and one dire.

The good news is that long-term monitoring of waterfowl has shown population increases in areas where investments in wetland conservation have improved conditions for both birds and people.

However, data has shown that birds are declining in every other habitat, including grasslands, deserts, forests, and oceans.

The U.S. Fish and Wildlife Service identified 269 migratory and nongame bird species that are likely to become candidates for listing on the Birds of Conservation Concern (BCC) list unless additional conservation measures are taken.

Although the State of the Birds report shows a very dismal view of the state of U.S. birds, it highlights how investment in conservation efforts can successfully recover species.

The Migratory Bird Treaty Act has protected over a thousand bird species, with 89 having received additional protections to prevent their extinction, as they are listed as either threatened or endangered.

The tipping point species are additional birds that have been identified as those that could be listed next, and which have cumulatively lost more than two-thirds of their populations in the last 50 years.

These species are now either on a trajectory to lose a further 50% of their populations in the next 50 years, or already have critically low populations and face significant threats but lack sufficient data. (source).

Found breeding across the tundra of North America, the American Golden Plover is a distinctive shorebird with very striking markings. Individuals return to the same breeding areas year after year, and territories are defended by both males and females. The species’ nest consists of a shallow scrape lined with lichen.

Climate change poses the greatest threat to the golden plover, as increasing temperatures are causing southern portions of their range to become uninhabitable.

The Black-footed albatross is a large seabird found around the North Pacific Ocean, with most of the population breeding on the Northwestern Hawaiian Islands. It is the only dark-plumaged albatross found in the North Pacific, and when not breeding will wander across the Pacific as far as Alaska, California, Taiwan, and the Bering Sea.

This albatross mainly feeds on squid and the eggs of flying fish, however, it is also known to follow ships and trawlers, taking advantage of any offal left behind.

Threats to the species’ survival include bycatch from fisheries and rising sea levels which flood their nests and reduce available nesting sites.

The Bobolink is an extraordinary migrant, making a round-trip of around 20,000km from North America to areas south of the Equator. It was one of the first polygynous species to be documented, where females lay a clutch of eggs sired by more than one male.

The Bobolink is also known as the “Rice bird” as it is known to feed on cultivated grains, and it has often been persecuted as an agricultural pest.

The main cause of this species’ decline is the change in agricultural practices resulting in fewer meadows and hay fields for it to forage in (source).

Chimney swifts spend the winter in the upper Amazon basin before migrating to North America in large numbers. They are most noticeable during migration, when flocks of thousands of birds circle above chimneys in tornado-like formations, before descending to roost at dusk.

The species nests in chimneys and old buildings, constructing nests from woven twigs, held together by their glue-like saliva, on vertical surfaces.

It is thought that the increase in pesticide use has impacted chimney swift numbers as insect populations are reduced (source).

Found across the northeast United States, the great black-backed gull lives around the shorelines of lakes, seas, and oceans, and is the world’s largest gull species.

Opportunistic feeders, great black-backed gulls feed on fish and marine invertebrates, and in recent decades have come to rely on discards from the fishing industry. These discards are becoming less widely available, and food in the natural environment is also being reduced, resulting in a population decline in North America of 68% since 1985 (source).

As North America’s largest grouse, the Greater Sage Grouse is characteristic of habitats dominated by big sagebrush, and has provided inspiration to numerous groups of people, from Native Americans to naturalists, photographers, and hunters.

The species is known for its impressive breeding displays, in which large numbers of males perform strutting displays on lek sites to attract females.

Habitat destruction has been the predominant cause of the species’ decline, with energy development, cultivation, overgrazing, and burning all reducing their range (source).

Unlike other gulls, the ivory gull has a completely white plumage, reflecting the Arctic habitat in which it is found.

In North America, the species only breeds in the Canadian Arctic, with the largest breeding colony found on the uninhabited Seymour Island, Nunavut.

In Canada, the ivory gull population is rapidly decreasing, having declined by around 70% since the 1980s (source). Initially, this was due to hunting, but as the species is now protected by law, the loss of sea ice poses the greatest threat.

Ivory gulls rely on sea ice for breeding and hunting. Their range overlaps with that of polar bears and seals, from which they scavenge food. Without the sea ice, the birds struggle to find enough food for themselves and their chicks and to find suitable nesting sites.

The lesser yellowlegs is a medium-sized shorebird recognized by its distinctive long, yellow legs. In the summer, it can be found breeding around ponds in open woodlands and meadows from Alaska to Quebec.

The species migrates south to overwinter in a variety of wetland habitats throughout the Southern United States, West Indies, and Central and South America.

Since the late 1800s, lesser yellowlegs have been popular with hunters as they tend to return and hover over wounded flock mates, making them easy targets. Hunting is now outlawed in the U.S., but recent estimates suggest that between 7,000 and 15,000 individuals are shot during each fall migration in Barbados, with significant takes also in Guadeloupe, Martinique, Suriname, and Guyana.

Loss of habitat is another significant threat to the species’ survival.

The rufous hummingbird is a tiny bird known for its extraordinary migration. Despite measuring only 8cm in length, and weighing between 2 and 5g, the species migrates over 2,000 miles between its winter range in Mexico to its breeding grounds in the Rocky Mountains, with birds flying as far north as Alaska.

The hummingbird’s migration is timed to coincide with the emergence of wildflowers, on whose nectar the bird feeds using its long tongue. Insects, which are caught on the wing, also feature in its diet.

It is thought that the rufous hummingbird will be impacted by decreasing insect populations due to pesticide use. In addition, climate change is causing many of the flowers on which the species feeds to bloom before the hummingbirds arrive, resulting in less food being available for the bird.

The tricolored blackbird is named for the distinctive plumage of the male, which is black with red and white shoulder patches. (The similar-looking, and much more abundant, red-winged blackbird lacks a white stripe under the red shoulder patch.)

The tricolored blackbird forms the largest breeding colonies of any North American land bird, with a single colony potentially containing hundreds of thousands of individuals.

A 1930’s tricolored blackbird colony was estimated to contain over 200,000 nests and covered an area of nearly 24 hectares.

Over 99% of the bird’s total population is found in California. As the species nests in such large numbers, it is vulnerable to nest failures, which have the potential to affect thousands of nests at a time.

The tricolored blackbird has suffered huge losses due to urbanization destroying its natural habitat. Changes in farming practices, which have reduced insect numbers, have also taken their toll.

You can find out more about the State of the Birds Report at the U.S. Committee of the North American Bird Conservation Initiative’s own website.

2 thoughts on “Tipping Point U.S. Birds Identified in “State of the Birds” 2022 Report”