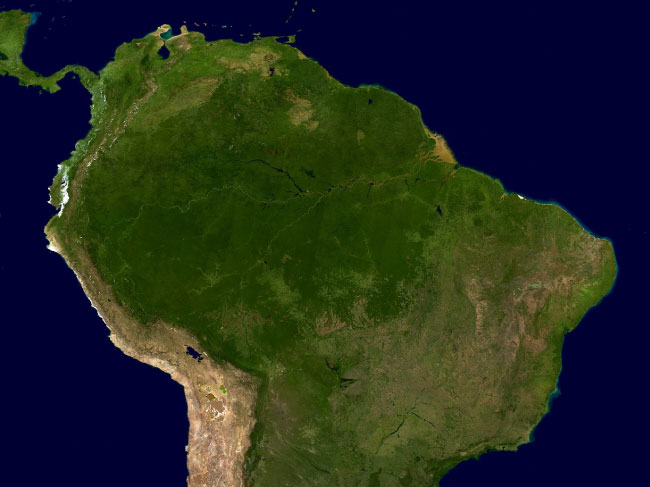 Where is the amazon rainforest located? On this page you can find out where in the world the Amazon Rainforest is. You’ll also find out the countries it’s in and you can even explore the area using an interactive map.

This page is part of our Rainforest series. You can find out more about the world’s rainforests by visiting our main Rainforest page.

Where Is The Amazon Rainforest Located?

What Country Is The Amazon Rainforest In?

The Amazon Rainforest isn’t just located in a single country. In fact, the forest spreads over 9 territories, 8 of which are countries. The other territory is an overseas department of France. The countries (and French department) are listed below:

Most of the Amazon Rainforest is located in the first 3 countries in the list below. Smaller parts are found in the other territories.

The Amazon Rainforest is a ‘tropical’ rainforest. This means that it is located in a tropical region. Tropical regions are found near the equator. The equator is an imaginary line that circles the centre of the Earth.

You can seen the equator and the two tropics on the map below:

The area between the two yellow lines is known as ‘The Tropics’. Find out more about The Tropics at Wikipedia.

Quick Facts about the Amazon Rainforest

Where Is The Amazon Rainforest Located Conclusion