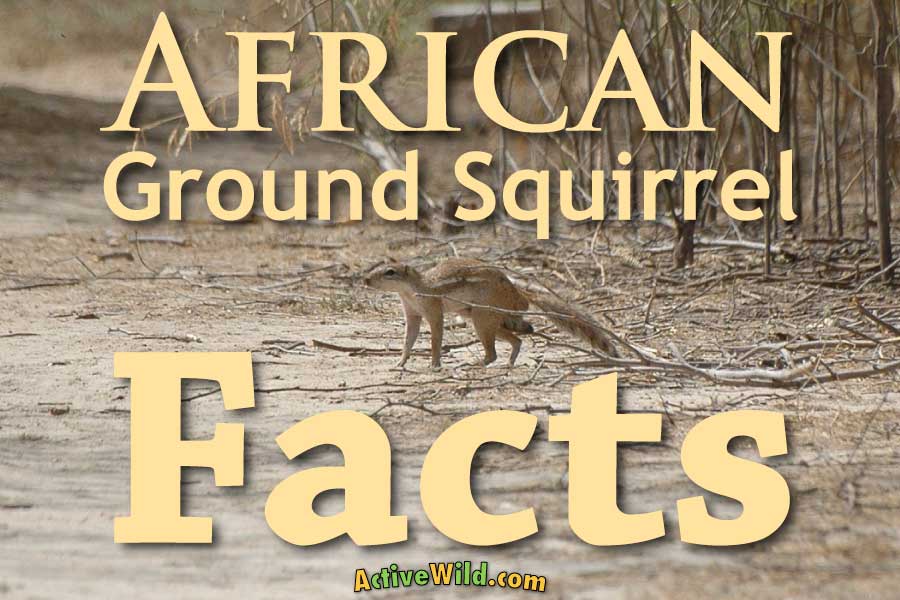 African ground squirrels typically live in arid (dry), rocky or grassland habitats. They live in colonies and are active during the day. They are omnivorous, with diets typically consisting of plant matter such as bulbs, fruit, grasses and herbs, together with insects, eggs, and small animals.

A relatively large species, the striped ground squirrel has a body length of between 22 and 29 cm (8.7 and 11.4 in.). Its tail is almost as long again. It is predominantly sandy-brown in color and has pale underparts. A distinctive pale stripe runs from the shoulder to the hip along either side of the body.

The striped ground squirrel has a large range, being found across Africa south of the Sahara Desert and north of the equatorial rainforests.

The Cape ground squirrel is red-brown in color, with paler undersides and face. A thin white line runs from the shoulder to the hip on each side of the body.

A colony of Cape ground squirrels responds to the presence of a snake with mobbing behavior. This involves the squirrels surrounding the predator and darting away if the snake should strike. This is often enough to drive the predator away.

The species is found in savanna and shrubland in Namibia and Angola. It inhabits mountainous or hilly areas with sparse vegetation.

The mountain ground squirrel is less social than the Cape ground squirrel, with males often being solitary, and females living either alone or in small family groups.

The unstriped ground squirrel is found several east African countries, including Ethiopia, Somalia and Kenya. Typical habitat for the species is dry savanna and shrubland.

As its name suggests, the unstriped ground squirrel is the only member of the genus Xerus not to have a line running along its flanks.

The species is red-brown in color, with a distinctive white stripe running along each side. The undersides and face are white / gray.

The Barbary ground squirrel is active during the day, but will retreat into its burrow when the sun is at its hottest. It is found in dry grasslands and some mountainous regions.