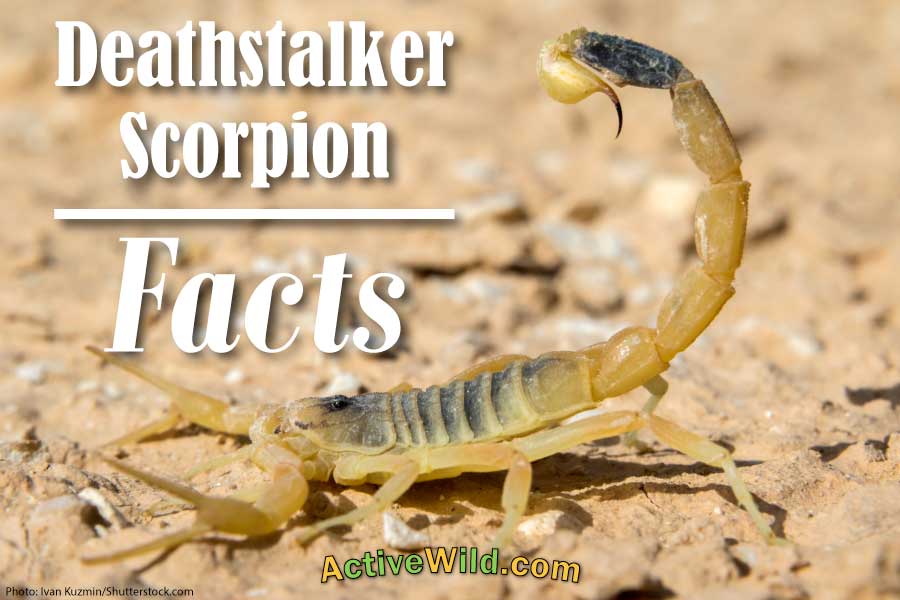 Deathstalker Scorpion Facts At A Glance 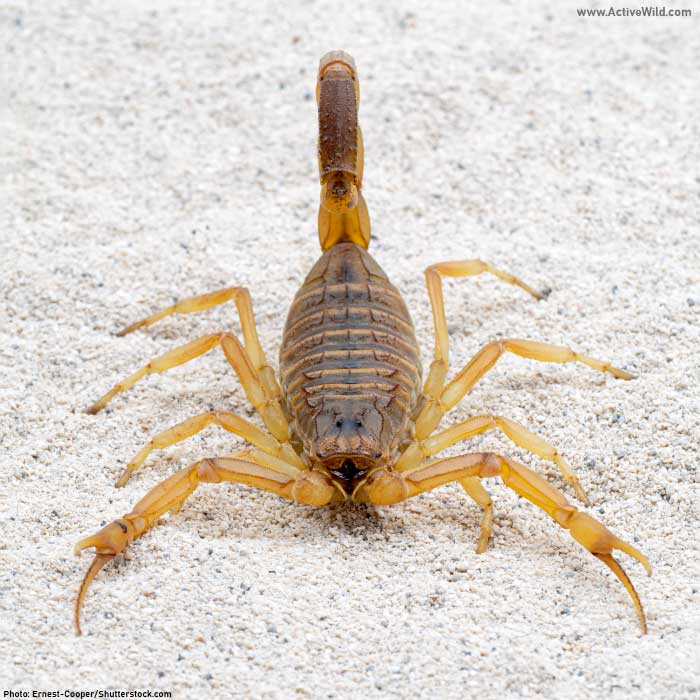 The deathstalker scorpion’s name – which seems to have been taken straight out of a horror film – is enough to strike fear into anyone who prefers their animals on the cute and cuddly side. This fearsome desert arachnid is definitely neither of those things.

With a hard exoskeleton and formidable pincers – let alone a lightning-fast stinger ready to administer a dose of potent venom – the deathstalker scorpion, for many people, is the stuff of nightmares.

Possibly for good reason; the species is considered to be one of the world’s most deadly scorpions.

Let’s find out more about this fearsome desert animal…

What Is A Deathstalker Scorpion?

The deathstalker scorpion, like all scorpions, is a member of the order Scorpiones, which forms part of the class Arachnida (the arachnids).

There are several different scorpion families within Scorpiones. The deathstalker is a member of the family Buthidae. This family contains around 1,062 species of scorpion (source).

Alongside the deathstalker scorpion in this family are the fattail scorpions and bark scorpions.

Like most scorpions, the deathstalker scorpion is nocturnal. During the day it seeks shelter from the sun underneath rocks or in burrows.

Scorpions are viviparous, which means that rather than hatching from eggs, the young develop inside the mother’s body before being born.

Young scorpions look like miniature versions of the adults. They develop in stages known as instars. The hard exoskeleton is shed between each stage, allowing the scorpion to grow.

Like all scorpions, the deathstalker has eight legs. Its body has two main parts: the cephalothorax (or prosoma), which is the equivalent of an insect’s head and thorax; and the opisthosoma (or abdomen).

As well as containing the scorpion’s sensory organs, the cephalothorax is the section to which the scorpion’s legs and pincers are attached. It is protected by the carapace – the hard outer ‘shell’.

The scorpion’s opisthosoma has two main parts: the mesosoma (the broad section before the tail) and the metasoma (the scorpion’s ‘tail’).

At the end of the metasoma is the scorpion’s stinger. This section is known as the telson. It also contains the venom glands. 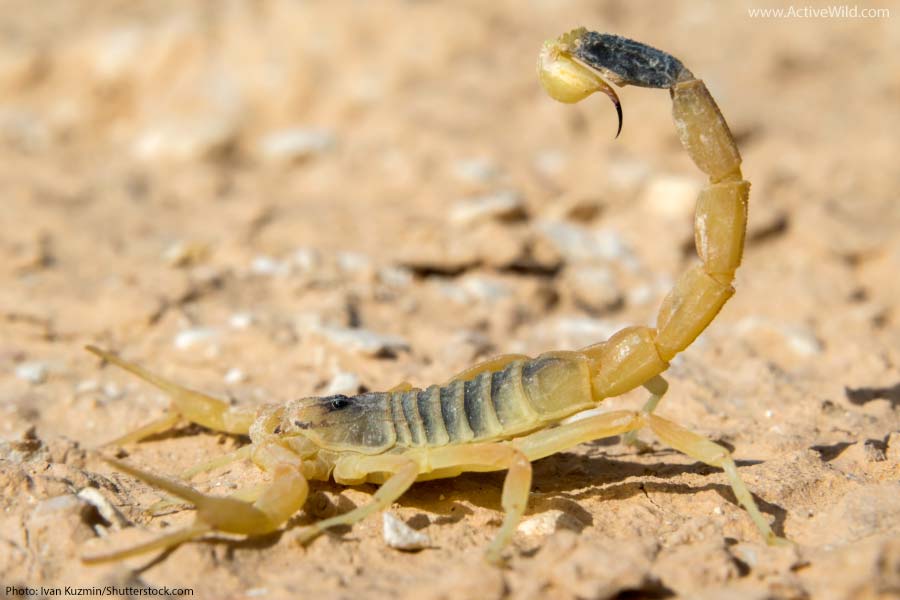 Where Is The Deathstalker Scorpion Found?

The deathstalker scorpion is found in desert areas of North Africa and the Middle East. Its range extends from Algeria in the west, to Iran in the east. Deserts in which the species is present include the Sahara Desert, Arabian Desert and Thar / Great Indian Desert. 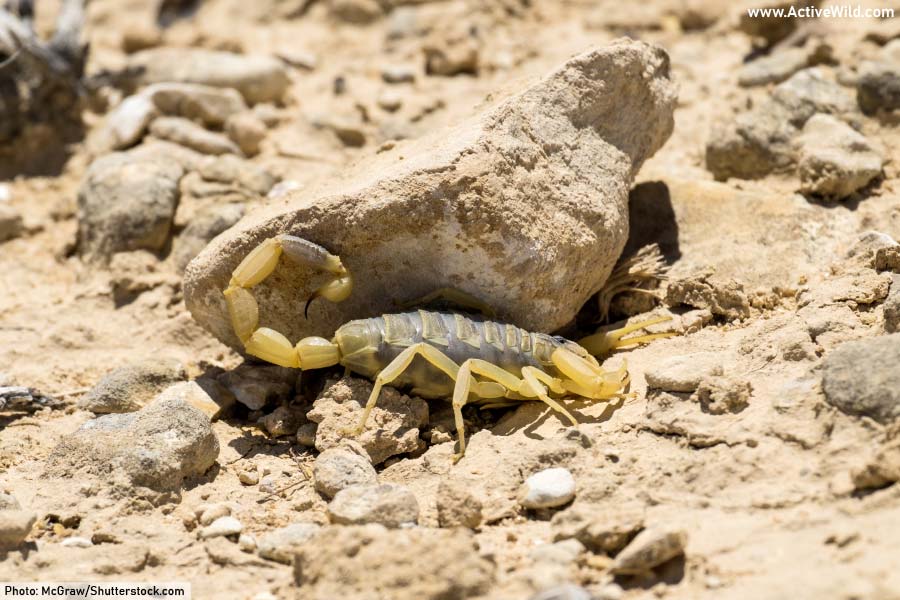 Typical deathstalker habitat is desert and arid (dry) scrubland. The species resides under rocks or in crevices, and may utilize the abandoned burrows of other animals.

How Dangerous Is Deathstalker Scorpion Venom?

The venom of the deathstalker scorpion is among the most powerful of all scorpions. Despite this, its sting – while extremely painful – is rarely fatal to a healthy adult human.

The main danger arises from the scorpion’s victim suffering anaphylaxis (an extreme allergic reaction) after being stung. In some cases, this may prove fatal. Antivenom for the deathstalker scorpion’s sting is available in regions in which the species is present.

The Scorpion Whose Venom Saves Lives?

Bizarrely, the deathstalker scorpion’s venom may actually end up saving lives. Chemicals in the species’ venom have been found to bind to disease cells. This property is helpful in treating brain tumors and other diseases, and treatments using the venom are currently being investigated in medical trials.

Due to the disease-fighting qualities of the scorpion’s venom, it is said to be one of the most expensive liquids in the world!

6 thoughts on “Deathstalker Scorpion Facts, Pictures & Information. Discover One Of The World’s Most Dangerous Scorpions!”