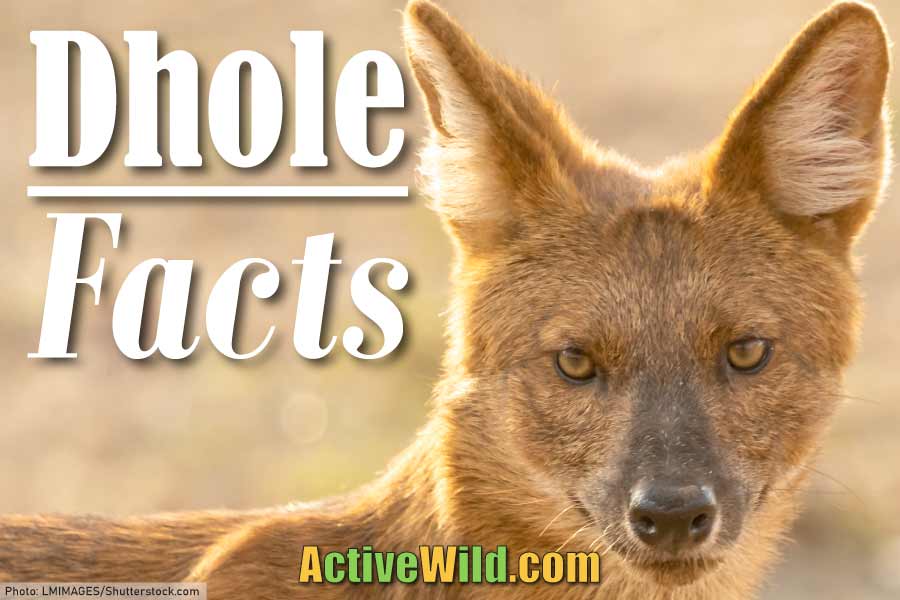 Dhole facts, pictures and information. Discover one of the most highly-endangered members of the dog family…

What Is A Dhole? Introduction 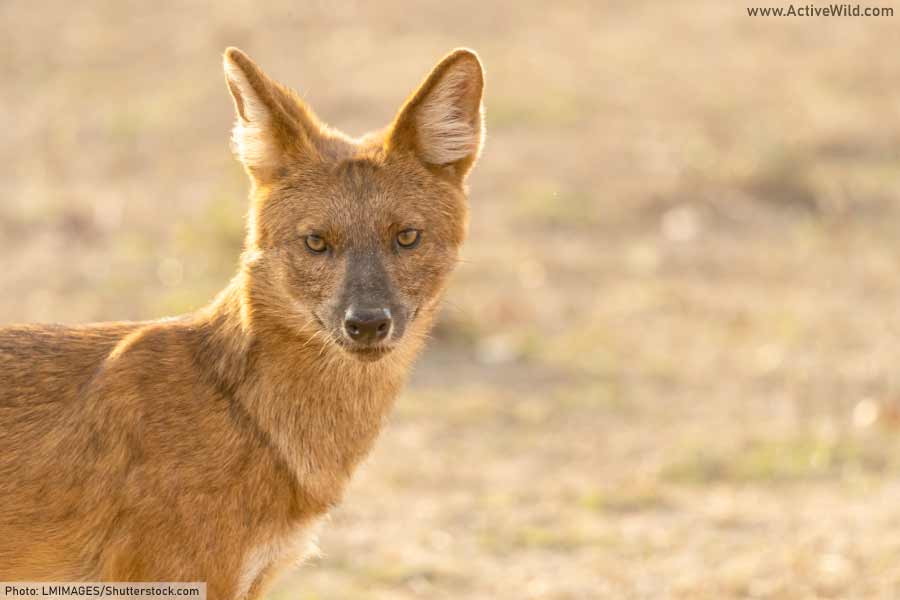 The dhole is a medium-sized member of the dog family, Canidae. It is found in a variety of habitats (including mountains, forests and grasslands) throughout much of Central, South and Southeast Asia.

A highly social animal, the dhole lives in multi-family groups known as ‘clans’, which consist of between 5 and 40 individuals. Members of larger clans break up into smaller packs while hunting.

The dhole’s diet is mainly carnivorous. The species’ main prey are mid-sized ungulates (hoofed animals) such as deer, boar and goats. Being pack hunters, dholes are able to bring down prey much larger than themselves.

Depending on location, the dhole may share its habitat with other, larger predators such as tigers, leopards and bears. In general, the species are able to co-exist due to differences in their preferred prey. Although smaller, the pack-hunting instinct of the dhole allows it to compete against these larger, solo hunters.

The IUCN conservation status of the dhole is Endangered. This is due mainly to habitat loss / fragmentation, lack of available prey animals, and persecution by humans.

Dhole Facts At A Glance

The video below features footage of dholes in India’s Kanha National Park. Listen out for the dhole’s bird-like whistling call, which has earned the species the alternative name of ‘whistling dog’. 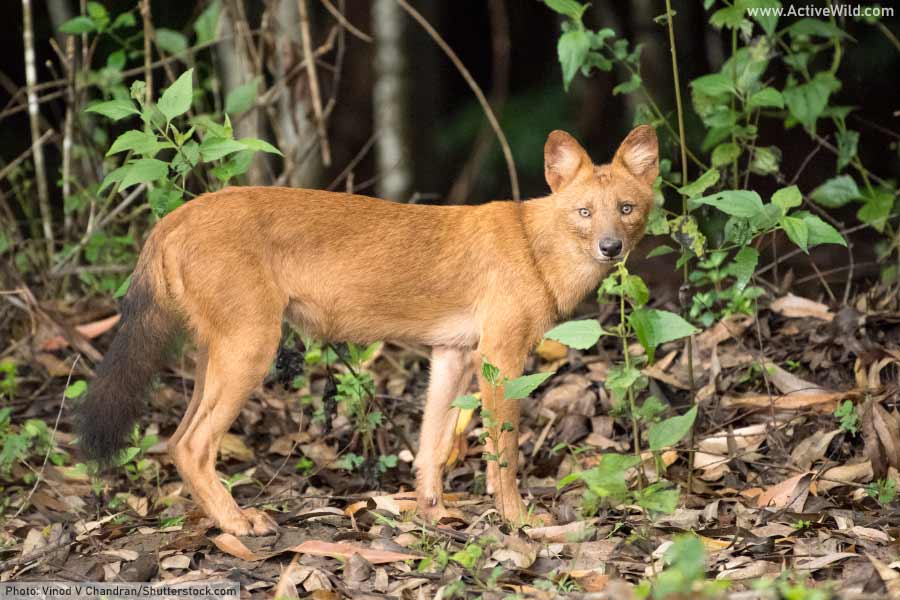 The coyote-sized dhole is somewhere between a wolf and a fox in appearance. Its coat is reddish-brown, with the neck and chest often somewhat paler. The tail is a darker brown-red with a black tip. The eyes are amber and the snout short and wide. The ears are rounded.

The dhole is a member of the dog family, Canidae. Like all dogs, it is part of the mammalian order Carnivora, a group of animals that also includes animals such as bears, cats, pinnipeds (seals and sealions), and weasels.

The dhole is the only member of the genus Cuon. Studies of the species’ DNA suggest that its closest relative may be the African wild dog, and that both species are more closely related to members of the genus Canis (which includes the wolf, coyote and domestic dog) than they are to other members of the dog family.

Currently, seven subspecies of dhole are listed in the catalogue of life.

Where Is The Dhole Found?

The dhole is found in several disconnected regions throughout Central, South and Southeast Asia.

Countries in which the dhole is found include: China, India, Indonesia, Bangladesh, Bhutan and Cambodia. The species is likely to also be found in small numbers in several other Asian countries, although its current range is greatly reduced from its historical range, which included Russia.

The dhole is found in many types of forest (including rainforests, boreal forests and scrub forests), as well as in shrubland and mountainous regions. The species is not present in deserts and avoids open habitats such as treeless plains. 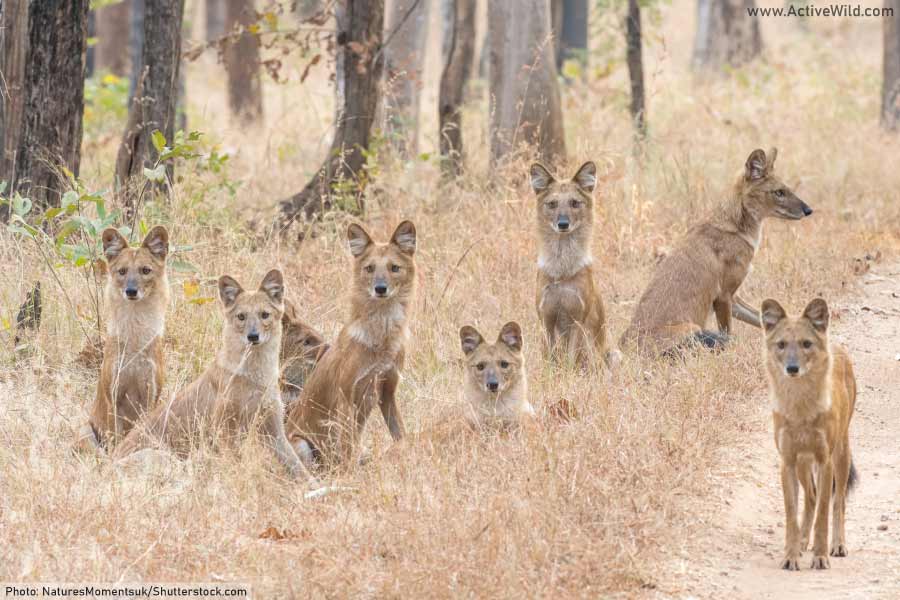 The dhole is a highly-social species. It lives in groups known as clans, which usually contain around 12 individuals. This number varies according to area; in some area’s clans of more than three dholes are unusual, while in others as many as 40 dholes may live together.

Dholes live together in communal dens. These can be very large, with numerous entrances.

The dhole is not highly territorial, and individuals may move to other clans upon reaching maturity.

The species is diurnal (active during the day).

The dhole is also known as the ‘whistling dog’, due to its bird-like whistling call. This is used to keep the clan together in thick forest.

Other vocalizations used by the dhole include screams, growls, yaps and whines. Unlike the wolf, the dhole neither barks nor howls.

Diet: What Does A Dhole Eat?

The dhole preys on a wide range of animals ranging in size from hares and small rodents, to injured or juvenile gaur (the largest living bovine).

Central to a dhole clan is a breeding alpha pair. The rest of the clan contributes food and protection to the alpha pair’s offspring – a system known as ‘cooperative breeding’. (The dhole is not an easy animal to study, and some researchers believe that other, lower-ranking, members of a clan may also breed.)

A litter consists of between 2 and 8 pups, with a typical litter consisting of 4 to 6 pups. The gestation period is around 2 months, with a similar time being taken for the pups to be weaned.

Until the pups are old enough to join the hunt, they are fed regurgitated meat by the other members of the clan.

The lifespan of a dole is around 16 years.

Is The Dhole Endangered? 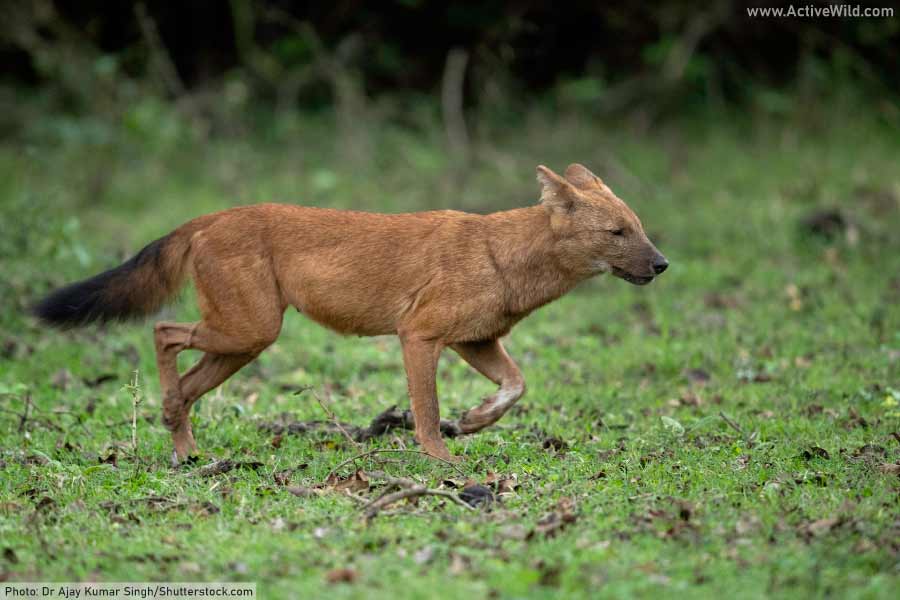 The dhole is an endangered animal, with a population size of 949-2,215 mature individuals (source)

This situation isn’t helped by the vast amounts of deforestation that have occurred throughout the dhole’s range. Today, much of the dhole’s historic habitat has been converted into plantations, farms and towns.

The increased human presence in areas in which dholes live leads to conflicts. Dholes will prey on farm animals, and are often face persecution as a result.

The dhole’s population is severely fragmented, and believed to be further declining.

Further Reading and Other Interesting Animals

1 thought on “Dhole Facts, Pictures & Information. Discover one of the most highly-endangered members of the dog family…”