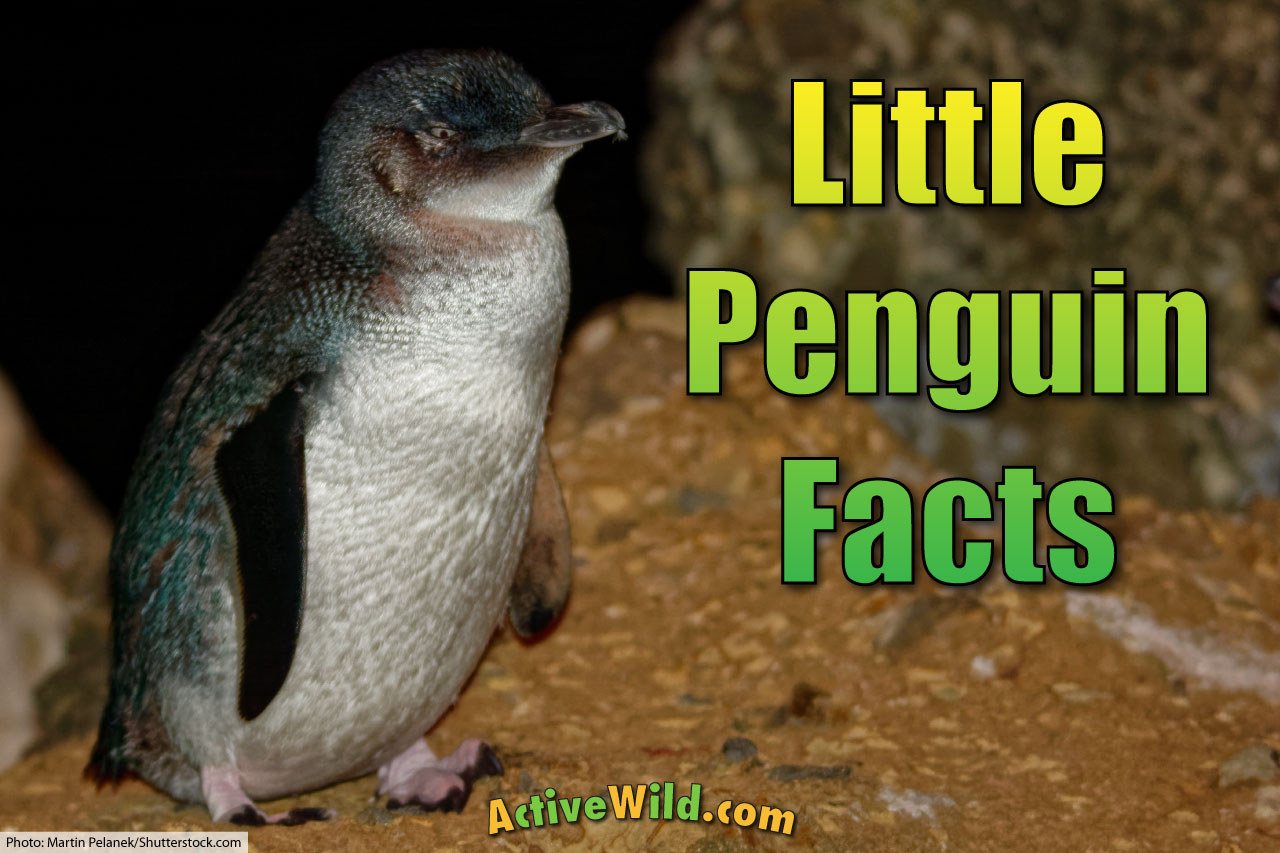 Little Penguin Facts at a Glance

The little penguin is the smallest species of penguin in the world. Its scientific name Eudyptula minor means ‘good little diver’.

Currently, 6 subspecies of little penguin are recognized. The Australian little penguin (E. m. novaehollandiae) is the only one found in Australia. The other 5 sub-species occur in New Zealand.

One Little Penguin Species … Or Three?

A number of scientists believe that the white-flippered penguin subspecies Eudyptula minor albosignata should also be considered a separate species.

Both the Catalogue of Life and the IUCN, however, currently list only one little penguin species, Eudyptula minor.

The little penguin is unusual not only because of its small size but also because of its coloration. The top of the head, neck and the back of the animal are blue (an indigo-blue in adults, a brighter blue in juveniles), while the chin, throat, belly and the underside of the flippers are white. The feet are pink with black soles and webbing.

Male little penguins tend to be larger in size and have longer bills than females.

Where is the Little Penguin Found?

The little penguin is endemic to (i.e. only found in) Australia and New Zealand.

In Australia, the distribution range covers most of the southern coast of the country. Breeding colonies are found in Western Australia, South Australia, Tasmania, Victoria and New South Wales.

In New Zealand, the distribution range covers the entire coast of the mainland as well as the Chatham Islands, which are located 800 km (500 mi) east of the South Island.

There have been sightings of little penguins in Chile and South Africa. However, it’s unclear whether the animals were vagrants or residents.

On land, the little penguin is primarily found in coastal habitats that are suitable for breeding. The animals require either sand and vegetation or caves and rock crevices for nesting.

While at sea, the little penguin tends to stay near the shore and rarely dives to depths greater than 5 m (16 ft.).

The little penguin spends the day swimming and foraging in the sea, and roosts on land at night. It returns to the shore just after dusk and leaves again before dawn, usually in small groups.

The little penguin tends to stay within 20 km (12.4 mi) of the shore outside the breeding season and even closer to the shore – up to 9 km (5.6 mi) – during the breeding season. The species has been known to make much longer trips, with individuals occasionally having been recorded as far as 710 km (440 mi) away from the shore.

Aggressive displays in colonies are common and can escalate into intruders being physically attacked and chased away.

The little penguin is a highly vocal species. It makes a variety of calls, including trumpet-like noises, braying and low rumbling sounds.

Individuals can be recognized by their calls. Calls are used to attract mates, to warn intruders to stay clear, and by parents to locate their chicks.

The timing of the breeding season varies widely across the species’ range. Depending on location, it can begin at some point between April and July and end between October and December.

Before mating, the male penguin performs a courtship display (either in a group or alone). This involves the male penguin looking up towards the sky with his neck stretched out while holding his wings back and making loud braying noises.

After the female has chosen a mate, the pair will perform a display together by circling around the nest and vocalizing. Usually, a mated little penguin pair will stay together and keep using the same nesting site from one breeding season to the next.

The female typically lays 2 eggs per clutch. Females may lay up to 3 clutches during one breeding season, although this in uncommon.

Incubation takes up to 36 days. This is followed by 18 to 38 days of brooding (keeping the chicks warm) after the eggs hatch. Both parents are involved in incubating the eggs and looking after the chicks, taking it in turns to go foraging until the chicks are old enough to be left by themselves during the day.

The young are fully independent by the time they are between 57 and 78 days old.

What Do Little Penguins Eat?

The little penguin feeds on a wide range of small marine animals. The exact composition of the diet varies greatly between different little penguin colonies and from year to year.

Anchovies, sardines and other small fish make up a large portion of the diet. Other prey items include small squid, octopuses and crustaceans.

On land, the little penguin is vulnerable to predation by a number of introduced predators, including foxes, feral cats and feral dogs. These animals are non-native and were introduced by man.

The little penguin’s eggs and young may also be eaten by birds such as the Pacific gull. In the sea, adult penguins can fall prey to sharks, killer whales and seals.

The little penguin minimizes its chances of being targeted by predators by moving to and from the sea in darkness and by sticking together in small groups.

Is The Little Penguin Endangered?

The little penguin is rated ‘Least Concern’ by the IUCN.

The species has a large range (the area in which it is found) and the global population appears to be stable.

Find out about penguins at Active Wild: