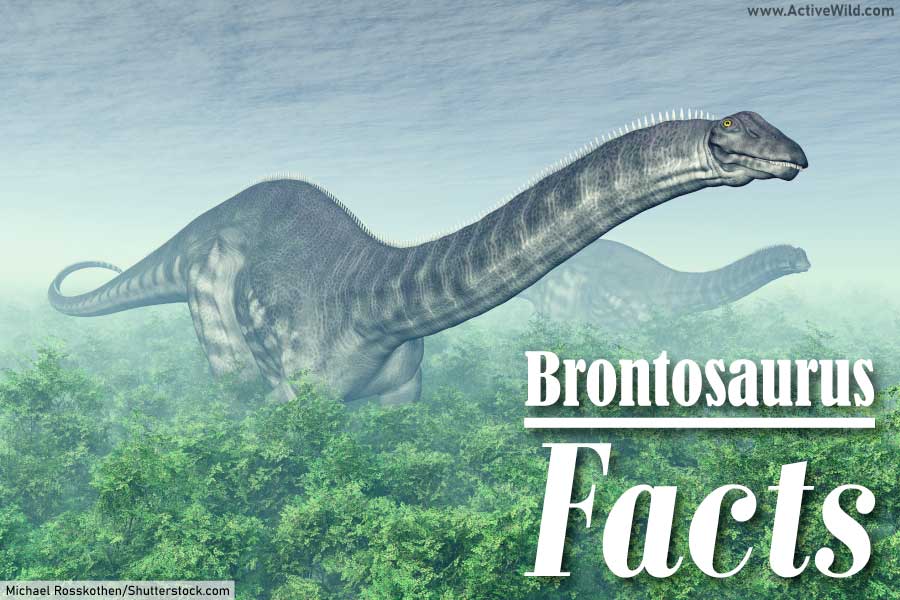 Brontosaurus Facts At A Glance 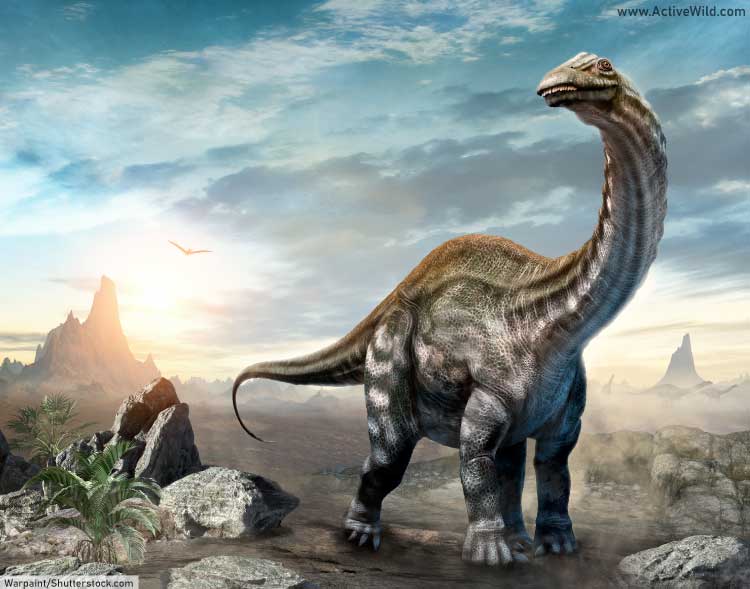 Brontosaurus is one of the best-known of all dinosaurs, but for a time wasn’t even considered to be a ‘real’ dinosaur (find out why further down the page).

This huge reptile roamed North America during the Late Jurassic epoch. Other dinosaurs alive during this time include herbivores such as Diplodocus and Stegosaurus, and fearsome carnivores such as Allosaurus and Ceratosaurus.

What Is A Brontosaurus?

A Brontosaurus is a sauropod dinosaur that lived in what is now North America during the Late Jurassic epoch, around 150 million years ago.

All were discovered in the Morrison Formation – a layer of sedimentary rock located mainly in Wyoming and Colorado, in the United States.

Brontosaurus belonged to the family Diplodocidae. Other dinosaurs in this family included Apatosaurus, Diplodocus, Barosaruus and Supersaurus. Its closest known relative was Apatosaurus; for many years they were considered to be the same type of dinosaur. 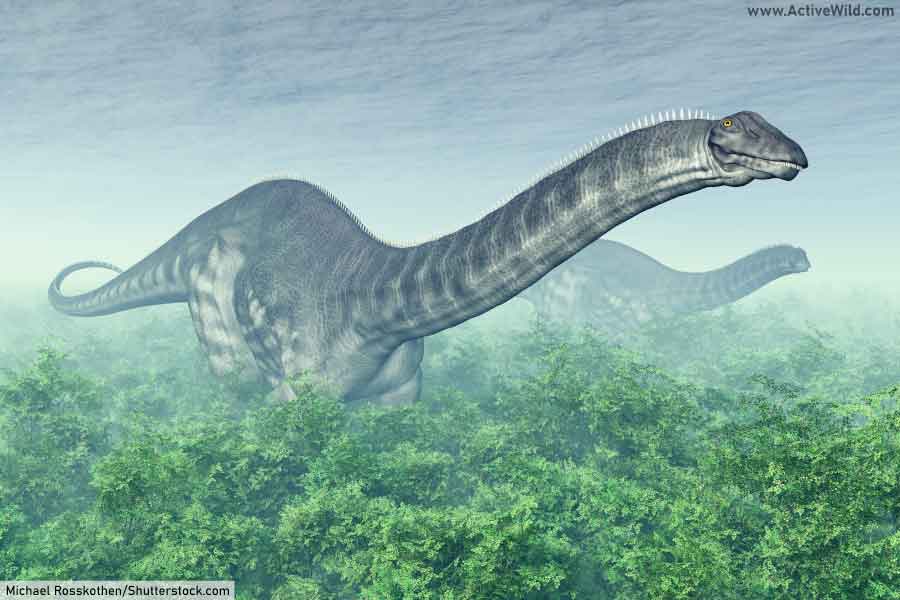 Brontosaurus was a typical sauropod, being of extremely large size, and having a long neck, small head, long tail and walking on four, trunk-like legs.

Brontosaurus had longer ribs than similar sauropods, giving it a deep chest. Its whip-like tail was narrower than that of related dinosaurs.

Like all diplodocids, the forelimbs of Brontosaurus were slightly shorter and thinner than the hindlimbs. This meant that the giant dinosaur’s back sloped slightly towards its front shoulders.

Brontosaurus may have been able to rear up on its powerful hind legs in order to reach otherwise inaccessible foliage.

On each of its front ‘hands’ was a long, curved thumb claw. This may have been used for defense, or to help the dinosaur grab onto trees while standing on its hind legs.

Each of the dinosaur’s hind feet had five toes, but only the inner three toes of each foot had claws.

How Big Was Brontosaurus?

That’s almost twice the length (and around the same weight) as a typical bus, or around three times the weight of an average African bush elephant – the largest living land animal!

When Did Brontosaurus Live?

The oldest brontosaurus specimens are thought to be around 155 million years old. The dinosaur is believed to have become extinct around 146.8 million years ago, before the end of the Jurassic Period.

Brontosaurus was discovered in 1879 by famous American paleontologist Othniel Charles Marsh. The specimen was found in Como Bluff, a rocky ridge located near the town of Medicine Bow in Wyoming.

Como Bluff is part of the larger Morrison Formation – a layer of rock formed during the Jurassic Period.

Although several Brontosaurus specimens have been found, none included a skull. As of today, a Brontosaurus skull is yet to be discovered.

Is Brontosaurus A ‘Real’ Dinosaur?

Before Brontosaurus was discovered, a similar sauropod – Apatosaurus – had already been found.

When a new species is discovered, it is formally ‘described’, and given a name. If it later turns out that the species had already been described, then the first name becomes the one that is used.

A few years after Marsh described Brontosaurus, other paleontologists began to question whether it was sufficiently different to Apatosaurus to have its own name. Brontosaurus therefore became another Apatosaurus specimen, rather than a genus in its own right.

The name ‘Brontosaurus’, however, had become popular, and many people still used it.

In 2015 a new study re-examined the existing specimens. It was found that the differences between the ‘Brontosaurus’ specimens and the Apatosaurus specimens were great enough for the genera to once again be separated.

Therefore, Brontosaurus is once again considered to be a ‘real’ dinosaur.

The study remains controversial, and in the future Brontosaurus may once again find itself renamed Apatosaurus.