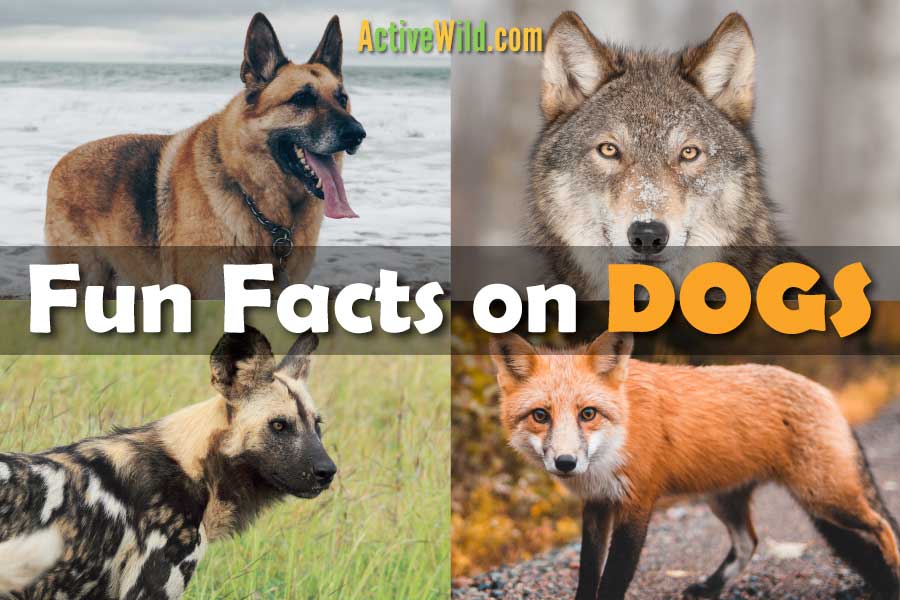 As the old saying goes, dogs are ‘a man’s best friend’, and today the domestic dog provides companionship for millions of people around the world.

Thanks to centuries of selective breeding, domestic dogs have a huge variety of body types, from a 200lb (90kg) English Mastiff to a 3lb (1.5kg) Chihuahua. But they’re all one species: the domestic dog.

Zoologists disagree over how the domestic dog should be classified. Some believe that the domestic dog is a subspecies of grey wolf, in which case its scientific name would be Canis lupus familiaris.

Others believe that the domestic dog has moved sufficiently far away from its wolf ancestors to be considered as a separate species, in which case its scientific name would be Canis familiaris. (Note that in zoology, a species’ scientific name is written in italics.)

Experts estimate that there could be as many as 900 million domestic dogs in the world, although a more likely estimate is about 500 million.

Most of the world’s domestic dogs are stray, or feral, meaning they don’t live with humans but hang out with packs of other dogs.

These feral packs can be dangerous: not only are stray dogs potentially aggressive, but they can also carry rabies and other diseases.

In Western culture, dogs are the most popular pet. In the United States, for example, the American Veterinary Medicine Association estimates that 38.4% of households own a dog, compared to 25.4% that own cats and 2.8% that own birds.

As we’ve seen, although they come in all shapes and sizes, all domestic dogs are the same species. The reason dogs differ so much in appearance (and other characteristics) is because they’ve been selectively bred for those characteristics.

The different types of domestic dogs are known as breeds, because they’re the result of selective breeding.

Over the thousands of years we’ve been domesticating them, dogs have been bred for every job imaginable: hunting, guarding property, pulling sleds, herding sheep… even powering machines! The so-called Turnspit dog was a special breed of short-legged working dog specifically bred to run in a big wheel connected to a kitchen spit. That way the cooks could get a nice even roast without turning the spit themselves!

The closest modern relative of the Turnspit dog is the Welsh Corgi, another short-legged go-getter.

There are over 350 recognized dog breeds in the world – and that doesn’t include hybrids like the labradoodle or chiweenie.

The tallest dog ever was Zeus, a Great Dane from Otsego, Michigan. Zeus was 3’8” (1.1m) at the shoulder, meaning the top of his head would have been well over four feet!

The most massive dog ever was Zorba, an absolute unit of an English Mastiff who weighed in at 343lbs (156kg). There have been rumors of dogs even bigger, but none have been confirmed.

Modern domestic dogs are cousins of the gray wolf (Canis lupus). In fact, they’re so close genetically that most biologists generally consider dogs and wolves to be mere subspecies, calling them Canis lupus familiaris and Canis lupus lupus respectively.

For a long time, scientists weren’t sure exactly when or where the first dogs were domesticated, because the fossil evidence and the DNA evidence seemed to point in different directions. In the fossil record, the earliest dog-like skeletons come from Europe in around 30,000 BC.

Early genetic analyses suggested that modern dogs were most closely related to the wild wolves of the Middle East. However, more recent DNA evidence seems to confirm the European origin.

The famous European cave paintings contain no obvious dogs (though there are a few wolves). The first clear artistic renderings of dogs appear around 8,000 years ago on rock carvings in modern-day Saudi Arabia.

Dogs probably evolved from a group of prehistoric wolves who found that eating scraps from human hunters was a better way to find a meal than catching it yourself!

Many obvious traits distinguish dogs from wolves. These include: floppier ears, an upward-curling tail, more varied fur pigmentation, and most importantly a lack of aggression toward humans.

Scientists now believe that these traits are interrelated. All of them are linked to the development of the embryonic neural crest, a structure that eventually develops into various parts of the nervous system and skeleton.

Like humans, dogs are intensely social – that’s probably part of why we get along so well.

In the wild, dogs (like wolves) are nearly always found in packs. The proverbial “lone wolf” is an uncommon phenomenon in nature: solitude is usually a temporary state, as in the case of a young male wolf transferring from his birth group to a new pack where he will live out his adult life.

Dogs are sometimes considered to be intelligent because of the way they learn and communicate with humans. However, cognitive scientists question this line of reasoning: over thousands of generations, dogs have evolved to be exquisitely sensitive to human behavior in a way no other animal has. Many other animals are probably just as capable as dogs – only they’re less motivated to do what we tell them!

Leaving aside overall “intelligence,” it’s clear that there are certain tasks at which dogs excel. They are particularly adept, like young humans, at learning indexical connections, such as names, gestures, and other one-to-one connections. For example, a Border Collie named Chaser learned more than 1,000 names for different objects.

Among dog breeds, Border Collies in general seem to be smarter than other dogs. But comparing dog breeds runs into the same problem as comparing species: how can you tell whether a dog is incapable of passing a test or simply uninterested?

Like all mammals, dogs have brains that are structured similarly to a human brain. They are especially similar in the deep structures that regulate bodily function, appetites, and basic emotions like pleasure and fear. Whether dogs feel more complex emotions like awe and regret, however, is unclear.

Dog owners are often convinced that their dogs have a moral conscience, because of the “guilty look” they get when they’ve misbehaved. It’s hard to test, though, whether this is evidence of conscience or just fear of punishment.

The “guilty look” itself may even be an evolved behavior whose function is to repair the relationship between a dog and its human companions after the dog’s behavior has strained it.

Facts On the Dog Family Canidae

The world’s dogs, both living and extinct, wild and domesticated, make up the family Canidae; the dog family. Members of this family are known as canids.

Canis familiaris is the most, well, familiar of the canid species, but it’s not alone – the biological family Canidae includes 30-35 species, depending on who you ask (as usual in taxonomy, there are disagreements over how some dog species are categorized).

The world’s canids include foxes, wolves, coyotes, and jackals, as well as lesser-known animals such as the raccoon dog and the bizarre-looking South American bush dog.

The Canidae are a distinct group within the mammalian lineage. The group’s nearest relatives are the Arctoidea, a diverse group that includes the bear, raccoon, and seal families.

The largest canid is the Alaskan timber wolf, whose larger males can grow upwards of 155lbs (70kg).

The smallest canid is the fennec fox, a desert-dwelling hunter whose absurdly large ears have made it a minor internet celebrity. Adult fennecs are between 1.5lbs and 3.3lbs (.8kg and 1.5kg) – roughly the size of a 2-month-old kitten.

Many canids are extremely adept pack hunters. Wolves, in particular, form tightly coordinated groups that specialize in a single type of prey animal, passing down hunting techniques from generation to generation.

A prehistoric animal called the “bear-dog” (Pseudocyon) lived around 12 million years ago. Though not technically in the family Canidae, it was a close relative that had skeletal features of both a dog and a bear.

One particularly massive bear-dog jawbone has been unearthed whose owner probably weighed around 1700lbs (773kg); about three times the size of a modern grizzly bear.

Two canid species are listed as Critically Endangered: the Darwin’s fox of Chile and the red wolf of the southeastern United States.

In addition to the two Critically Endangered species, another three are Endangered: the African wild dog (also known as the painted wolf), the dhole, and the Ethiopian wolf. In all cases, habitat loss is the major threat, and many canid species face additional pressure from poaching.

For thousands of years, wild canids have been persecuted – a term used in conservation science to denote a deliberate attempt by humans to eradicate a species. Wild dogs have been seen, not altogether unfairly, as competition for human hunters and as a threat to human livestock.

Because of the potential for harm to livestock, canid conservation programs can be controversial. In Yellowstone National Park, for example, a decades-long wolf reintroduction program has met stiff resistance from some local ranchers.

Wolf reintroduction, however, has more than sentimental value. Like other top predators, wolves are keystone species in forest ecosystems: by keeping down the populations of large grazers like deer, they protect growing plant life and ensure that the life cycle of the forest can continue.