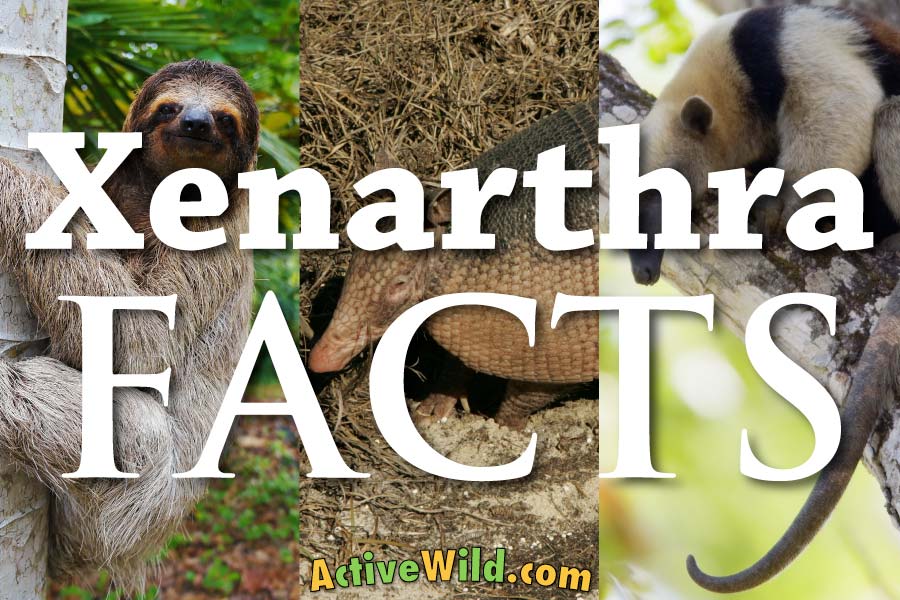 Xenarthra facts, pictures and information. Discover the group of mammals which includes the anteaters, armadillos and sloths…

Xenarthra is the animal group which includes the sloths, armadillos and anteaters. The xenarthrans originated in South America around 59 million years ago. Although at one time xenarthrans were found throughout the Americas, today only one xenarthran, the nine-banded armadillo, is found as far north as the United States.

Today’s sloths, armadillos and anteaters are quite different from one another. They have adapted to different lifestyles and are found in different habitats.

Although at first glance they don’t seem to have much in common, these three groups of mammals actually share a common ancestor and are therefore more closely related to each other than they are to other mammals.

Over many thousands of years sloths, armadillos and anteaters have diversified away from their common ancestor to become the animals we know today.

Xenarthra is a ‘superorder’ – a group of related animals that contains other, smaller groups of even more closely-related animals.

A superorder is itself a subset of a larger group of animals. The superorder Xenarthra is part of the class Mammalia, to which all of the world’s mammals belong. 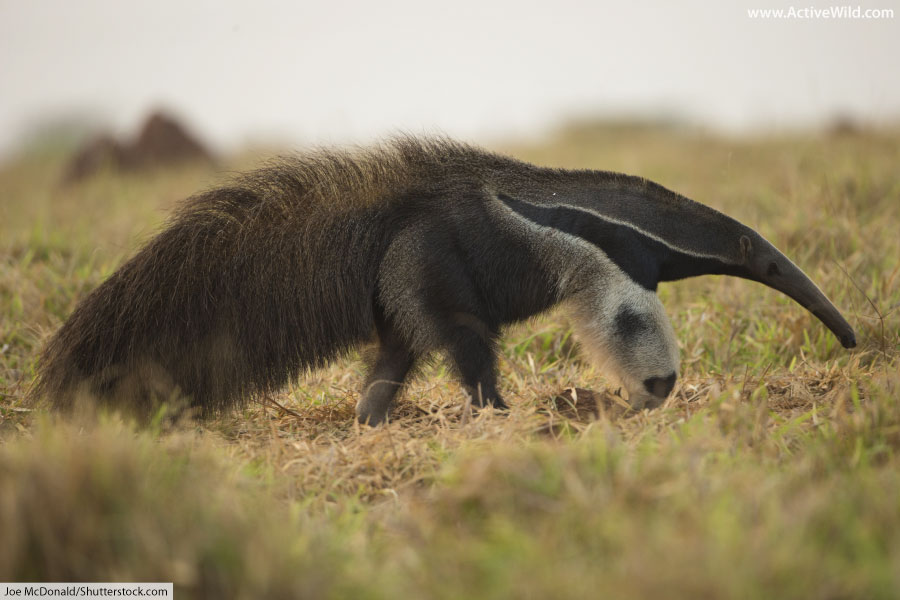 The name ‘Xenarthra’ means ‘strange joints’. It refers to the extra joints present in the lower spines of all xenarthrans.

Xenarthrans are placental mammals. Placental mammals give birth to relatively well-developed young, who were nourished by an organ known as a placenta while developing in their mother’s womb. This separates them from the egg-laying monotremes, and the pouched marsupials.

Xenarthrans first appeared around 59 million years ago, during the Paleocene. (The Paleocene is the first epoch of the Paleogene Period.) They originated in South America

They are considered to be among the most primitive of the placental mammals.

The armadillos split from the other xenarthrans around 58.7 million years ago. Sloths and anteaters are more closely related to one another than they are to armadillos.

Today’s sloths are tree-dwelling and relatively small animals. Their extinct relatives include both ground sloths, which grew to the size of elephants, and marine sloths.

On the surface a hairy, tree-dwelling sloth doesn’t seem to have much in common with an armored, burrowing armadillo. If you go far enough back in each of their family trees, however, you’ll arrive at the same place; an animal from which all today’s xenarthrans are descended.

Because of their shared ancestry, all xenarthrans have certain things in common. The name Xenarthra, as we’ve found, refers to the animals’ uniquely jointed spines. We’ve also found that all xenarthrans are placental mammals. But there are several other xenarthran characteristics.

Armadillos are equipped with tough, leathery armor which provides protection both from predators and from thorny vegetation. When threatened they will curl up in a ball.

Their long, powerful claws are adapted for burrowing. They live in deep burrows, where their low metabolism prevents them from overheating.

There are 21 species of armadillo living today. The extinct relatives of armadillos include large, car-sized armored animals that were found in both South and North America. The best-known of these is the Glyptodon.

There are six species of sloth divided between two families: the two-toed sloths and the three-toed sloths. The family names are not strictly accurate because all sloths have three toes on their hind feet. The names actually refer to the number of fingers on the sloth’s arms.

Sloths spend most of their lives hanging upside-down from branches and vines. They move so slowly that other animals, including specially-adapted moths, make their homes in the sloths’ fur. The greenish tinge to many sloths’ coats is caused by algae that is allowed to grow on the hair.

Today’s sloths are all tree-dwelling but in the past elephant-sized ground sloths roamed both South and North America.

The giant anteater, which as its name suggests is the largest species, is the only purely terrestrial (ground-dwelling) anteater.

The silky anteater is the smallest anteater. It is fully arboreal (tree-dwelling).

The two tamanduas spend much of their lives in the trees, but will also forage and travel on the forest floor.

Anteaters make up the suborder Vermilingua, which means ‘worm tongue’. The name refers to the species’ long tongues, which are used to gather up ants and termites in large volumes.

You can continue your exploration of the animal kingdom on the following pages: