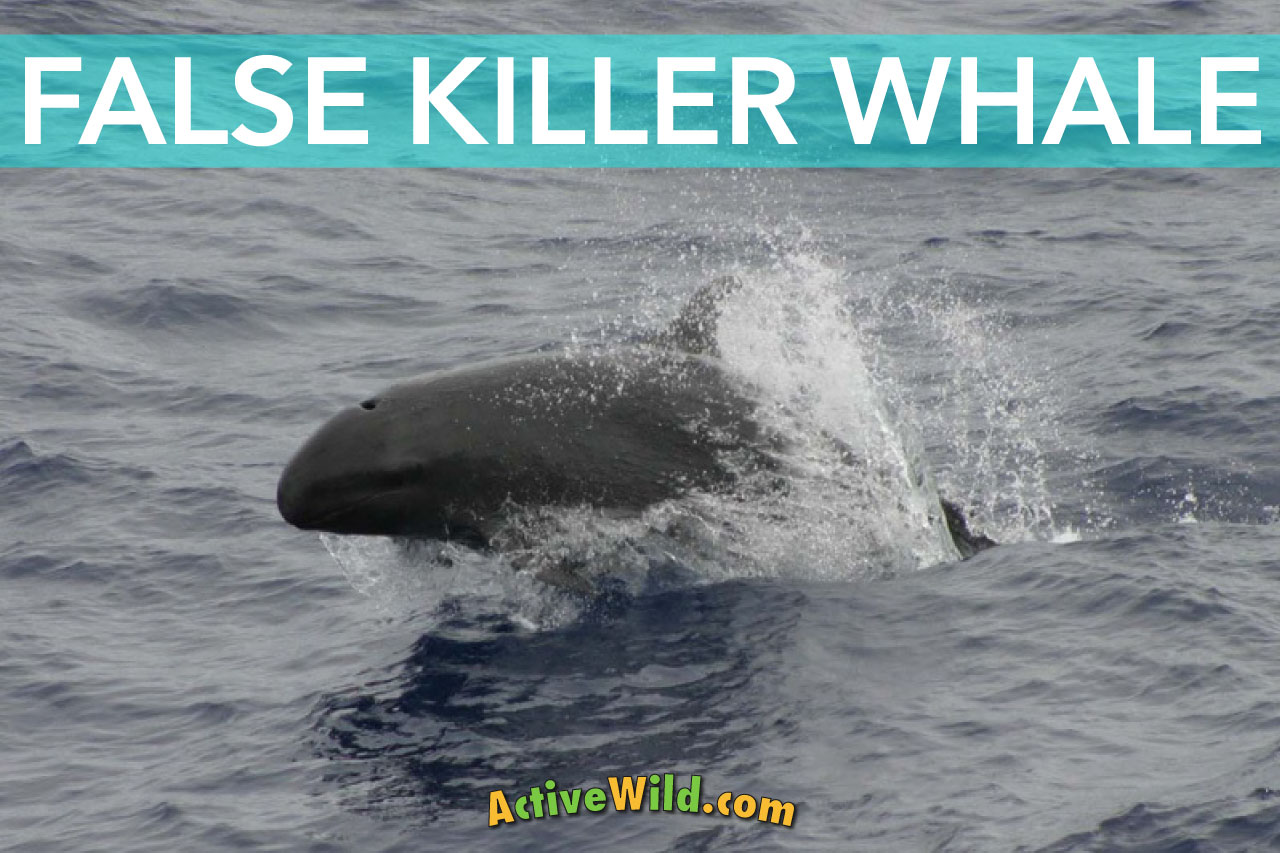 The false killer whale is a large species in the oceanic dolphin family Delphinidae. Delphinidae also contains well-known species such as the common bottlenose dolphin and the killer whale. The family is part of a bigger group of marine mammals known as the Odontoceti, or toothed whales.

Despite its name, the false killer whale does not closely resemble the killer whale (Orcinus orca). The species’ name derives from similarities in the skulls of the two species.

The false killer whale has a long, slender body with a sickle-shaped dorsal fin. Its narrow, pointed flippers each have an elbow-like bulge in the middle. The snout is rounded and in some individuals the upper jaw extends slightly over the lower jaw. The jaws contain around 40 to 44 large, conical teeth.

False killer whale size varies greatly from region to region; individuals from the seas around Japan can be up to 20% larger than their South African counterparts.

Where Is The False Killer Whale Found?

The false killer whale is found in tropical and semitropical oceans around the world. Generally the species stays between the latitudes of 50°N and 50°S.

Individuals are occasionally seen in temperate waters as far north as Norway and Alaska. These animals are more likely to be stray individuals rather than members of established populations.

The false killer whale is typically found in the open ocean. The species may visit coastal waters near oceanic islands but in general prefers to stay in deep waters.

The false killer whale is a highly social species, typically living in groups (known as ‘pods’) consisting of 10 to 50 individuals of both sexes and all ages. The animals typically remain in the same pod for a long time, forming close bonds with other members of the group. These smaller groups may also temporarily join other pods, forming aggregations of up to 500 individuals.

The false killer whale is also known to form mixed-species groups with other members of the family Delphinidae, including bottlenose dolphins and pilot whales. False killer whales are known to respond to the distress calls or other dolphins.

False killer whales are prone to being beached in large numbers. The largest known mass stranding took place in Argentina in 1946 and involved over 800 individuals.

The reason behind these mass beachings is unknown. It is speculated that they may be caused by false killer whales pursuing seals into shallow waters.

The false killer whale has a playful nature and is often seen swimming alongside boats and leaping out the water.

The false killer whale uses echolocation in addition to a wide variety of vocalizations to communicate with other individuals. Sounds produced by the cetacean include whistles, clicks and squeals.

The vocalizations are extremely diverse and vary greatly in pitch and intensity. It is thought that individuals are able to produce sounds that are unique to them.

The false killer whale may breed at any time throughout the year, with peak breeding times varying between locations.

The species is thought to be promiscuous; both males and females appear to mate with multiple partners. On average, each female will reproduce only every 7 years.

What Do False Killer Whales Eat? 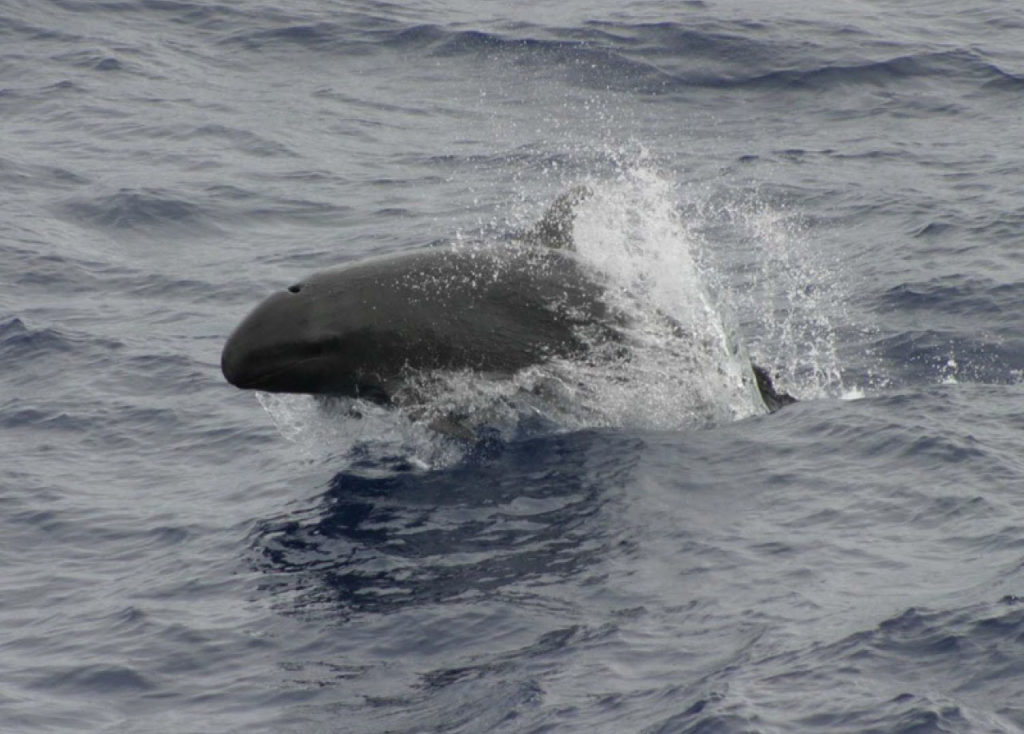 The false killer whale is a carnivore. It preys on a variety of squid and large pelagic fish such as tuna. Occasionally, it will also hunt marine mammals including seals, sea lions and even other dolphins.

The false killer whale hunts during the daylight hours, using echolocation to locate its prey. It relies on speed to catch its meal and has been observed shaking its prey to remove the head and the entrails before consuming the food.

Individuals have been observed sharing their food with other members of the pod.

Is The False Killer Whale Endangered?

The false killer whale is rated ‘Data Deficient’ by the IUCN.

The size of the global population is unknown. Due to the false killer whale’s status of top predator, it is unlikely to be abundant in any location.

Population estimates exist for some geographical regions; it’s thought that there are around 16,000 individuals in the waters around China and Japan. The small population that inhabits Hawaiian waters is considered endangered.

The main threats to the false killer whale include:

You can find out more about the amazing world of animals on the following pages: