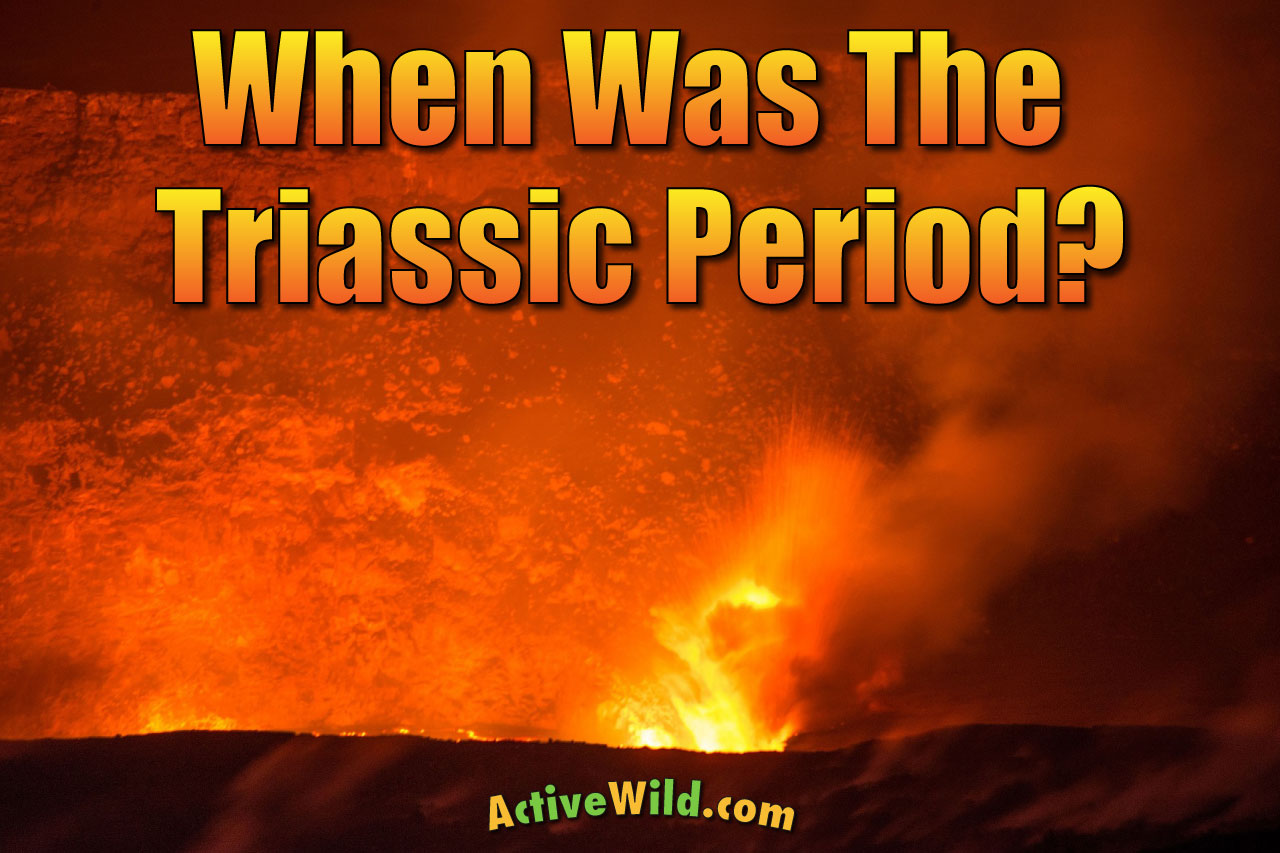 The Triassic Period was a momentous time in Earth’s natural history. It saw the world recovering from a catastrophic extinction event that saw around 90% of all species become extinct.

The new conditions at the beginning of the Triassic Period paved the way for reptiles to become the dominant animal group.

Although dinosaurs appeared in the Triassic Period, they were not to become dominant until the Jurassic Period. Instead it was the fearsome, crocodile-like Pseudosuchians that would rule the Triassic world.

Let’s find out more about the Triassic Period…

When Was The Triassic Period?

How Long Did The Triassic Period Last?

What Came Before the Triassic Period?

What Came After the Triassic Period?

The Triassic Period was followed by the Jurassic Period, the second of the three periods of the Mesozoic Era.

Which Era is the Triassic Period Part Of?

The Triassic Period is a period of time in the Geologic Time Scale. Like all of the periods in the Geologic time scale, it corresponds to a certain layer (or layers) of rock.

The Trias are layers of sedimentary rock – that is, rock made of small fragments of organic matter and / or minerals that were originally carried in water. These fragments gradually settled, accumulated and hardened into rock.

The Triassic Period relates to the period of time in Earth’s history during which the Trias were formed.

The Trias were first identified by German geologist Friedrich August von Alberti in 1834. He realized that the layers were related to each other, and that they contained fossils that represented a separate chapter in Earth’s development.

Because new rock layers form over older rock layers, the deeper you dig, the older the rock you find. Any fossils you find in the upper layers are likely to be newer than those found in deeper layers.

Global Extinction Events Before & During the Triassic Period

At the end of the Permian Period it had been the Therapsids – a group of animals that contained the ancestors of mammals – who had been the dominant land animals. All that changed in the Triassic Period; most of therapsids became extinct in the Great Dying.

The Triassic Period ended, as it had begun, with a global extinction event. Although not as severe as the Great Dying, the Triassic–Jurassic extinction event saw between 70 and 75% of all species becoming extinct.

When Was the Triassic Period: Conclusion

We hope this page has answered some of your questions about the Triassic Period. You can find plenty more information on the Mesozoic Ear and dinosaurs at Active Wild. Check out some of these pages to get started…