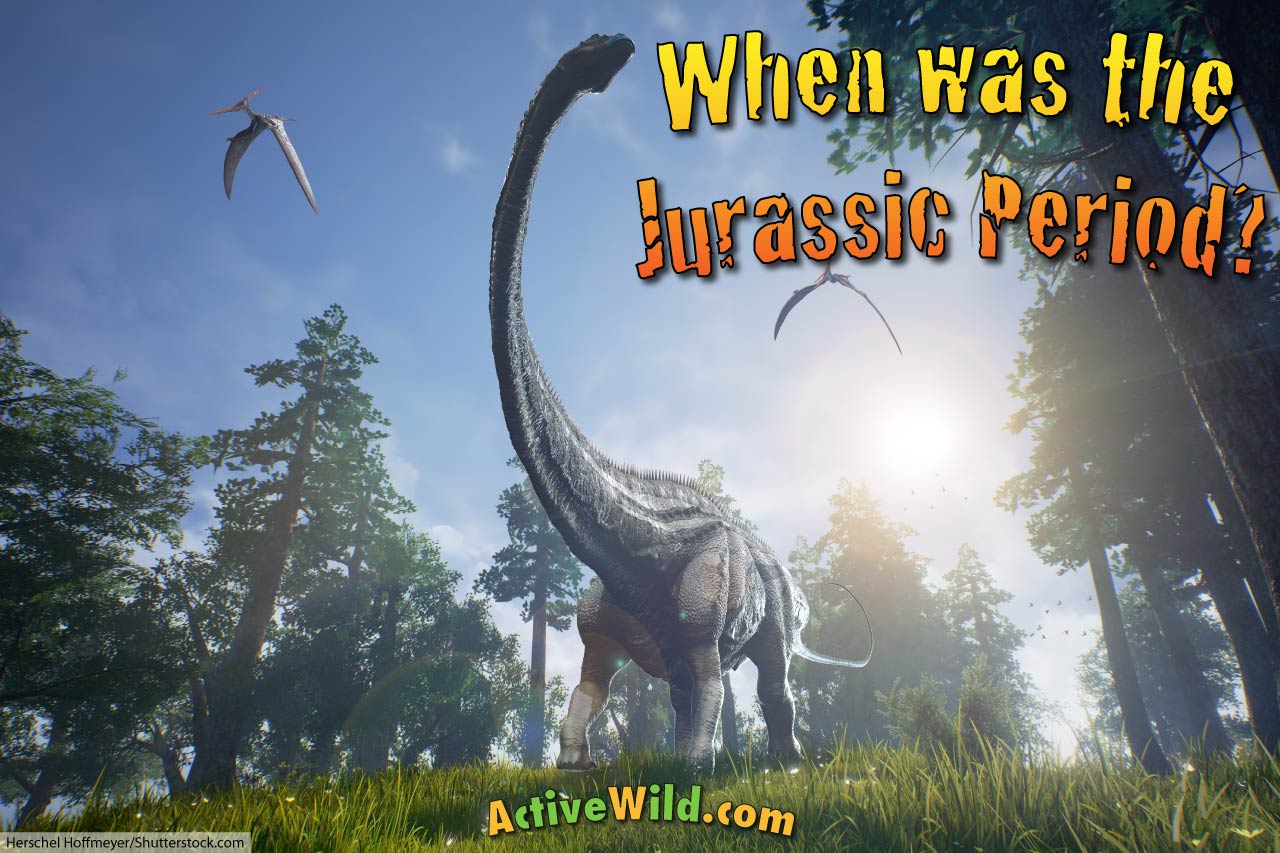 There were no flowering plants in the Jurassic Period. Conifers (a modern variety of which is shown above) were the commonest trees of the period.

It was during the Jurassic period that dinosaurs became the dominant large land animals. These fearsome reptiles rose to power after a cataclysmic world extinction event, known as the Triassic-Jurassic extinction event.

Let’s find out more about the Jurassic Period…

When Was The Jurassic Period?

The Jurassic Period began 201.3 million years ago (Mya) and ended 145 Mya. It was the second of the three periods of the Mesozoic Era.

When Were The Epochs of the Jurassic Period?

Just as hours divide into minutes, eras divide into periods. Unlike minutes and hours, however, geologic time periods (such as periods and eras) aren’t always the same length. This is because they correspond to layers of rocks in the Earth’s crust rather than set amounts of time.

The epochs of the Jurassic Period are shown below:

How Long Did The Jurassic Period Last?

What Came Before the Jurassic Period?

The period that came before the Jurassic Period was the Triassic Period (the first period of the Mesozoic Era).

What Came After the Jurassic Period?

The Cretaceous Period – the third and final period of the Mesozoic Era – followed the Jurassic Period.

Which Era is the Jurassic Period Part Of?

As we’ve found, the Jurassic Period is the second of three periods that make up the Mesozoic Era.

The first period of the Mesozoic Era was the Triassic Period. It began 251.9 million years ago (Mya) and ended 201.3 Mya.

The final period was the Cretaceous Period, which spanned from 145 Mya to 66 Mya.

The Jurassic Period is a period of time in the Geologic Time Scale. Like all periods in the Geologic time scale, it corresponds to the time in Earth’s history during which a certain layer of rock was being formed.

There are three distinct bands in the main limestone layer. They correspond to the epochs of the Jurassic Period (the Early, Middle and Late Jurassic Epochs).

The limestone layer was first observed by the Prussian scientist Alexander von Humboldt in the late 18th century. He realized that the rocks corresponded to an unnamed chapter in Earth’s development.

Because new rock layers form over older rock layers, the further down you dig, the older the rock becomes. Any fossils you find in the upper layers are likely to be newer than those found in deeper layers.

The entire Mesozoic Era began after the worst extinction event the world has ever experienced. During this time around 90% of all species on Earth became extinct.

During the course of the Triassic Period life once again began to flourish. Reptiles in particular benefitted from the new conditions. Because of this the Mesozoic Era is now known as the ‘Age of Reptiles’.

At the end of the Triassic Period the dominant land animals were a group of reptiles called Pseudosuchians. The Triassic–Jurassic extinction event saw most pseudosuchians become extinct.

This allowed another group of reptiles to take their place: the dinosaurs!

Thanks to the intense interest in dinosaurs, the Jurassic Period is one of the best-known of all periods of Earth’s history!