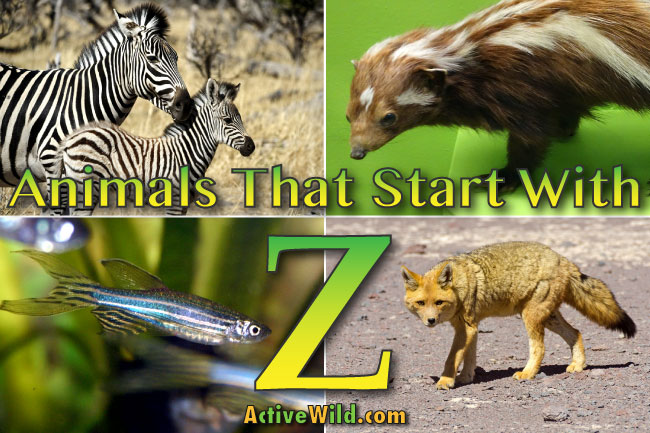 Animals that start with z: list with pictures and facts. Discover animals beginning with z, including zebras, zokors and zorillas!

On this page you’ll find a list of amazing animals beginning with z, together with pictures and interesting facts about each animal. Below many of the animals are links that you can follow for further information, pictures and videos.

Zebras are members of the horse family Equidae. There are three species of zebra: the plains zebra, mountain zebra and Grévy’s zebra. All have distinctive black and white stripes, the pattern of which are unique to each individual.

The plains zebra is the commonest and most widespread zebra; the endangered Grévy’s zebra is the world’s largest wild horse species.

You can find our more about zebras here: Zebra Facts 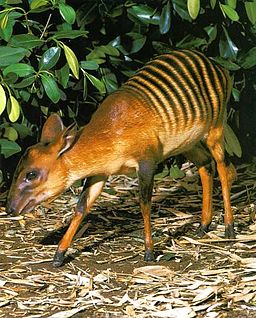 The zebra duiker is a small antelope found in the West African countries of Liberia, Ivory Coast, Sierra Leone, and Guinea. The species has a brown coat with zebra-like black and white stripes on its hindquarters.

Zebra duikers live in rainforests. The species’ conservation status is vulnerable. The main threats to its survival are deforestation and being hunted by locals for bushmeat. 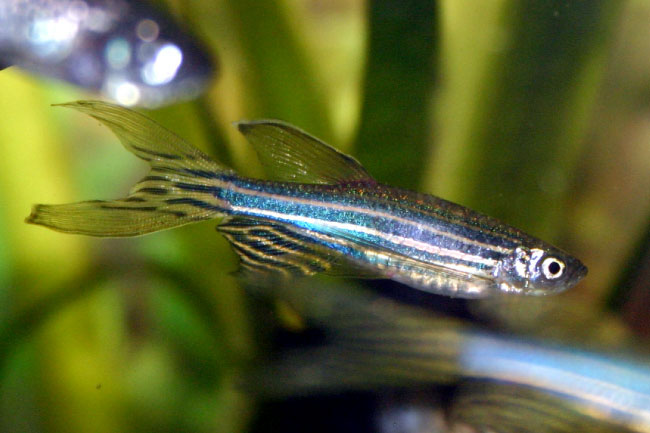 The zebrafish is a small Asian freshwater fish. It is found in the southeastern Himalayan region, and lives in streams, ponds and other bodies of water. It’s not hard to see how the species got its name: the stripes running along its sides resemble those of a zebra.

The zebrafish is used in medical research due to its regenerative abilities; the species is able to re-grow its fins, skin, heart and other body parts during its larval stage.

Zokors are burrowing rodents found in China, Kazakhstan and Russia. The six species of zokor make up the subfamily Myospalacinae.

Zokors resemble, and are related to, blind mole rats. Unlike blind mole rats, who dig with their teeth, zokors use their claws. Zokors are covered with short fur, and have no external ears.

The zorilla is a member of the weasel family Mustelidae that is found throughout much of sub-Saharan Africa (i.e. the part of the continent south of the Sahara Desert.

Skunk-like in appearance, the zorilla has dark-brown fur marked with light stripes running from its head to its tail. It is highly aggressive and territorial.

The zorilla is a solitary hunter. It preys on a variety of small animals, including rodents and reptiles.

Zorro is the Spanish name for species of the genus Lycalopex, otherwise known as the South American Foxes.

Zorros are not true foxes, and are more closely related to wolves and jackals. (The ‘true foxes are of the genus Vulpes.) There are six species of zorro. They include the culpeo, which is the second largest member of the dog family (Canidae) in South America, and the endangered Darwin’s fox.

Animals That Start With Z: Conclusion

We hope that this page has helped you find out about some amazing animals beginning with z. Continue your exploration of the animal kingdom by checking out the following pages:

3 thoughts on “Animals That Start With Z: List With Pictures & Facts”