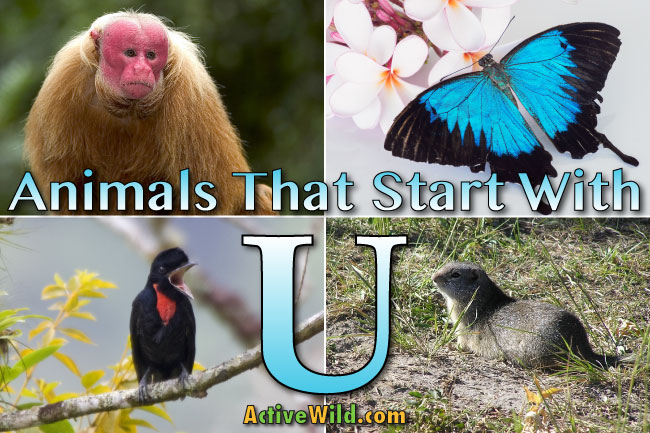 Animals that start with u: list with pictures and facts. Discover animals beginning with u, including uakaris, ulysses butterflies and Utah prairie dogs.

Animals That Start With U: Pictures & Facts

On this page you’ll find a list of amazing animals beginning with u, together with pictures and interesting facts about each animal. Below many of the animals are links that you can follow for further information, pictures and videos.

Uakaris are monkeys found in the Amazon rainforest. They have long, shaggy coats and distinctive bald faces. Compared to other monkeys of the Americas, uakaris have short tails. There are four species of uakari. The best known is the bald uakari, which has a striking red face.

The Ugandan kob is an antelope found in several Central African countries, including Uganda, on whose coat of arms the animal appears.

The Ugandan kob is a subspecies of kob, an antelope found across Central Africa. It has golden-brown fur, and backwards-pointing spiraled horns. Kobs favor the land that is also suitable for farming, putting them in competition with local farmers.

The Uinta chipmunk lives in mountainous forests in western USA. It is a medium-sized species, with reddish-brown coat and white stripes across the face and back.

Like all chipmunks, the Uinta chipmunk is a rodent, and a member of the squirrel family, Sciuridae. 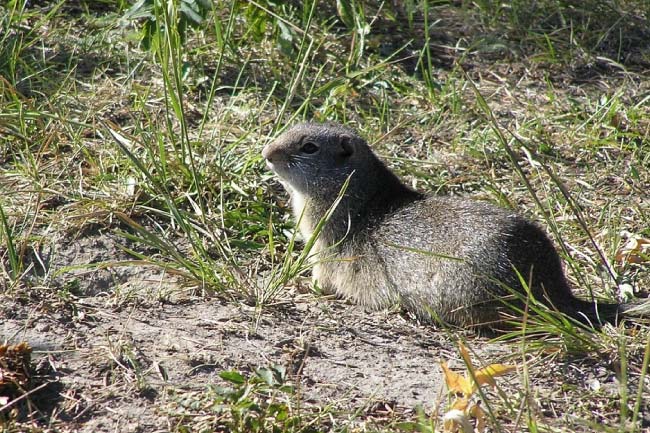 The Uinta ground squirrel is a rodent found in Wyoming, Montana, Idaho and Utah. Its preferred habitat is grasslands and shrublands. It has brown-gray fur and a moderately bushy tail.

The species is only active for a few months of the year. From as early as mid-July it retreats to its burrow and hibernates until mid-March. 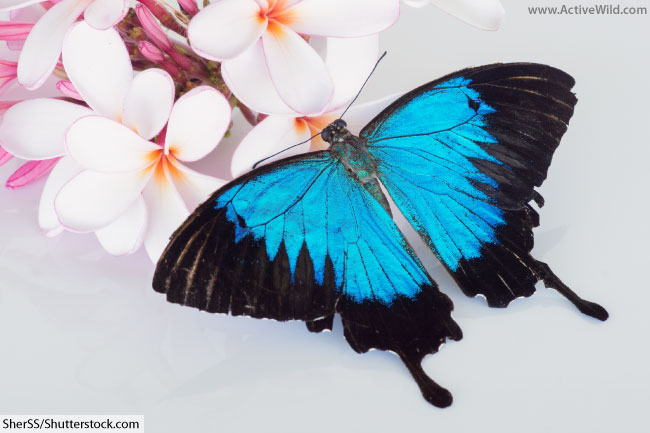 The Ulysses butterfly is a large butterfly found in Australia and several Southeast Asian countries. It is one of the best-known butterfly species in the world; famous for its bright blue color.

The species is found in tropical rainforests. It is one of over 550 species of swallowtail butterfly, which make up the family Papilionidae. Its wingspan is around 14 cm (5.5 in).

Umbrellabirds are mid to large rainforest birds found in Central and South America. They get their name from the distinctive umbrella-like crest which covers their heads.

There are three species of umbrellabird: the Long-wattled umbrellabird, Amazonian umbrellabird and Bare-necked umbrellabird. All have black plumage, and a distinctive fleshy pouch –known as a wattle – hanging from the neck. This helps to amplify their booming calls. 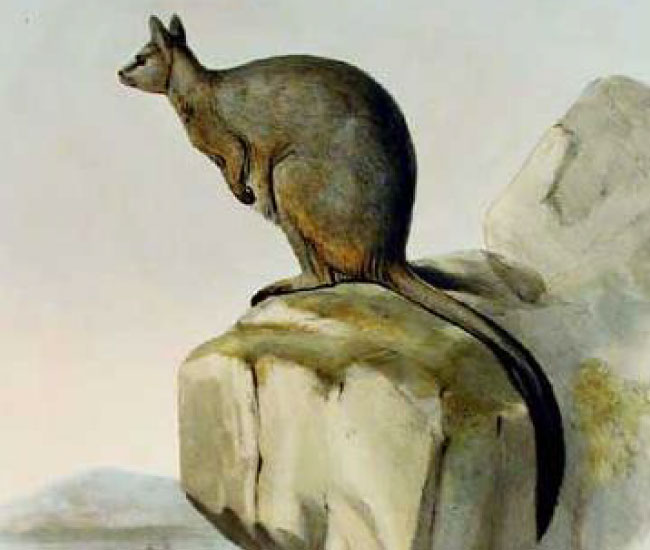 The unadorned rock wallaby is a medium-sized marsupial found in Queensland, Australia. It has a body shape typical of the family Macropodidae (the kangaroo family), with a long tail, powerful hind legs, and shorter arms.

Like all rock wallabies, the unadorned rock wallaby is nocturnal, and extremely agile, able to climb on rocky terrain. It has a pale, plain coat, hence its name. 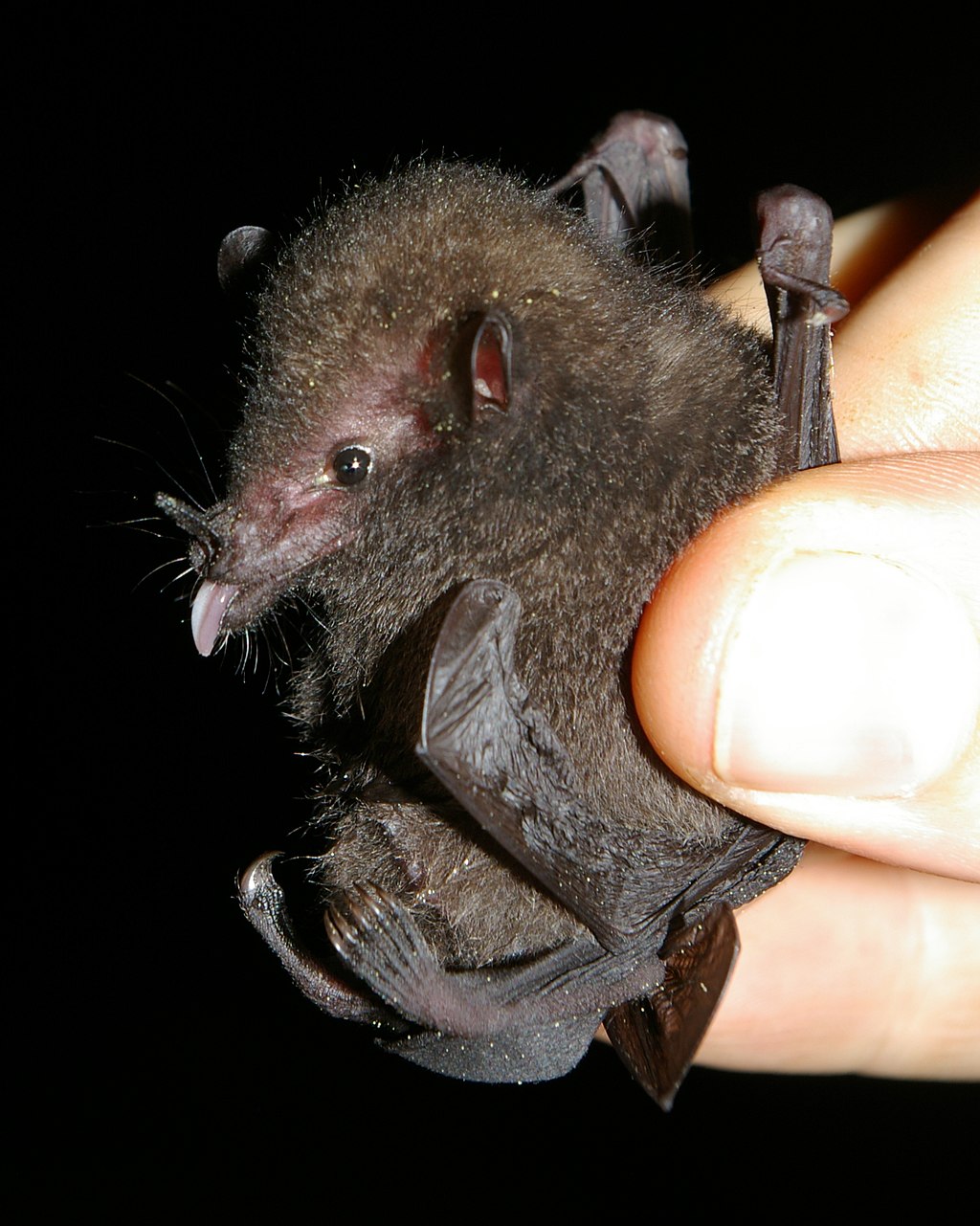 Underwood’s Long-Tongued Bat is a member of the New World leaf-nosed bat family, Phyllostomidae. It is found in a number of Central American countries, and is fairly common throughout most of its range.

Otherwise known as the unicornfish, the unicorn crestfish is a marine fish found throughout the world’s oceans. This rarely-seen fish has a long, silver, eel-like body. It gets its name from a horn-like projection on its face, which resembles the horn of a unicorn.

The unicorn crestfish is able to produce ink in order to deter predators. 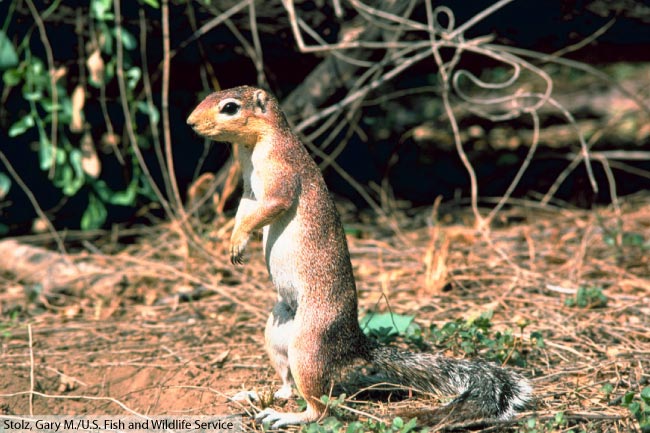 The unstriped ground squirrel is a ground-dwelling rodent found in several east African countries. It lives in dry savannas and shrublands. It is a sandy-brown color, and, unlike other African ground squirrels, lacks any stripes along its sides. 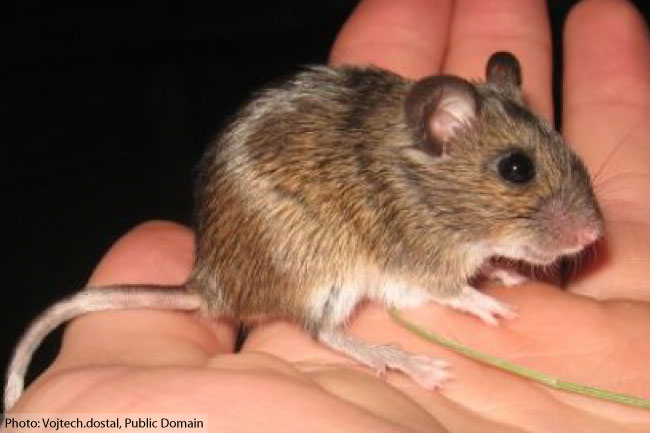 Uromastix is a genus (a group of closely-related species) of mid-to-large sized lizards. They are found in North Africa and the Middle East. Uromastix have heavy, spiked tails, which can be swung at high speed as a means of defense. Uromastix are hunted for food by local people.

Prairie dogs are rodents in the squirrel family, Sciuridae. They are only found in North America.

The Utah prairie dog is the smallest of the five species of prairie dog, and is found in the grasslands of Utah. Its color rangers from pale, reddish-brown to sandy-yellow. It has dark ‘eyebrow’ markings and dark patches on its cheeks. The tip of its tail is white.

The Utah prairie dog lives in large, multi-chambered burrows with its extended family. The species is currently endangered. The Utah prairie dog can cause significant damage to crops and fields, and has been the victim of persecution by farmers in the past.

Animals That Start With U: Conclusion

We hope that you’ve discovered some awesome new animals beginning with u on this page. Continue your exploration of the animal kingdom by checking out the following pages: