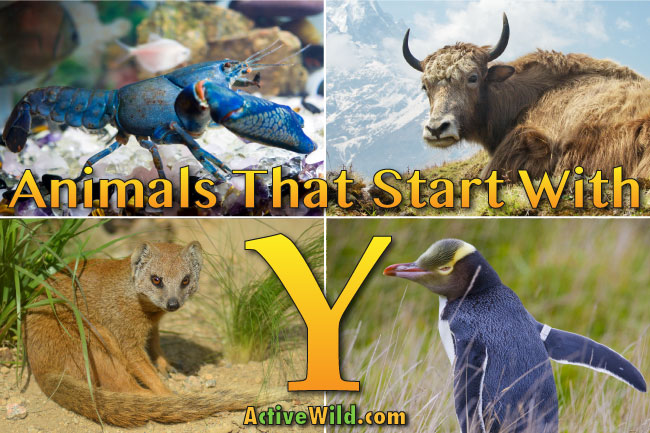 Animals that start with y: list with pictures and facts. Discover animals beginning with y, including yabbies, yaks and yellow-eyed penguins.

Scroll down to find a list of amazing animals beginning with y, together with pictures and interesting facts about each animal. Below many of the animals are links that you can follow for further information, pictures and videos. 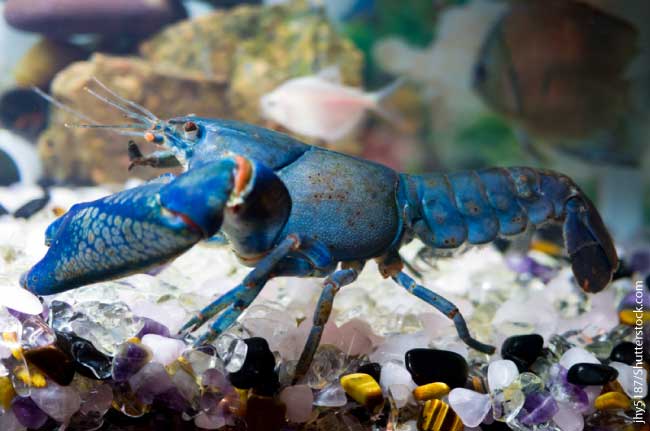 Common yabbies are freshwater crayfish in the genus (a group of closely-related animals) Cherax. (The name ‘yabby’ is also given to other members of this genus).

Yabbies are found in swamps, streams, reservoirs and a variety of other freshwater habitats throughout much of Australia. Catching yabbies is a popular summer activity in Australia. 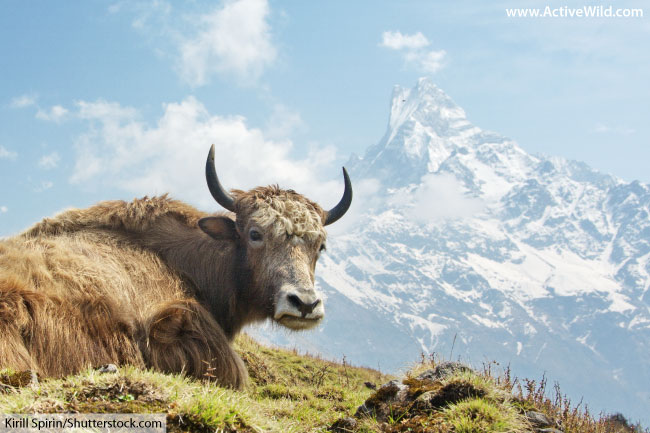 There are two species of yak. The domestic yak (Bos grunniens) is descended from the wild yak (Bos mutus). Yaks are large mammals in the family Bovidae, which also contains buffalo, antelopes and other hooved animals.

Yaks are found in the Himalayas, and have long, shaggy hair and thick wooly undercoats to cope with the cold environment.

You can find our more about the wild yak on this page: Wild Yak Facts 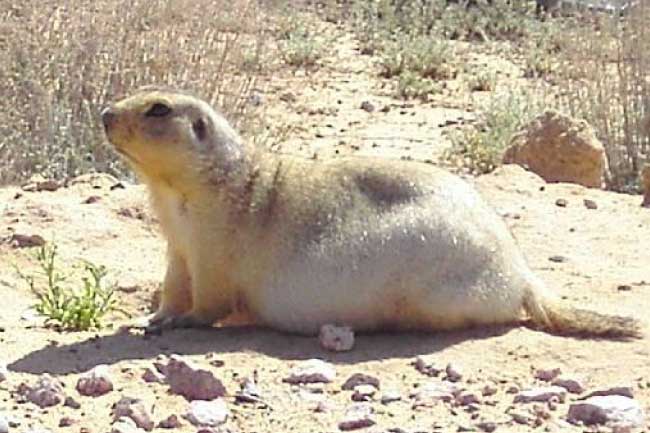 The yellow ground squirrel is a member of the squirrel family Sciuridae. This large ground squirrel is found on steppes (treeless grasslands and shrublands at high altitudes) in Asia. It lives in large colonies and feeds on bulbs, seeds and other plant material. 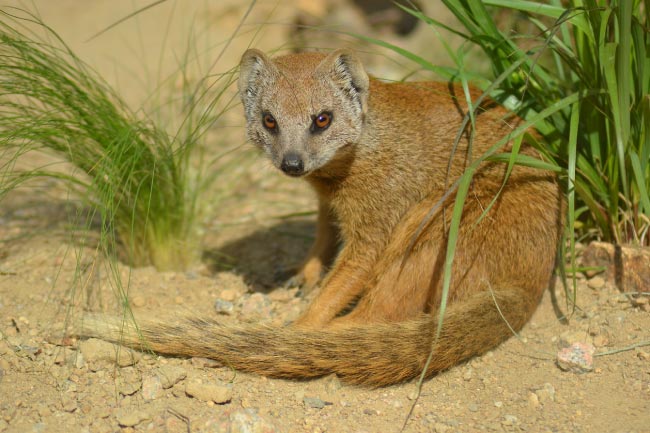 The yellow mongoose is found in several southern African countries, including Namibia and South Africa. Like all mongooses, it has a long body and short legs, giving it a weasel-like appearance. The yellow mongoose has sandy yellow fur.

The species is carnivorous, and preys on insects, eggs, and small mammals and reptiles. Yellow mongooses live in family groups of around 20 individuals. 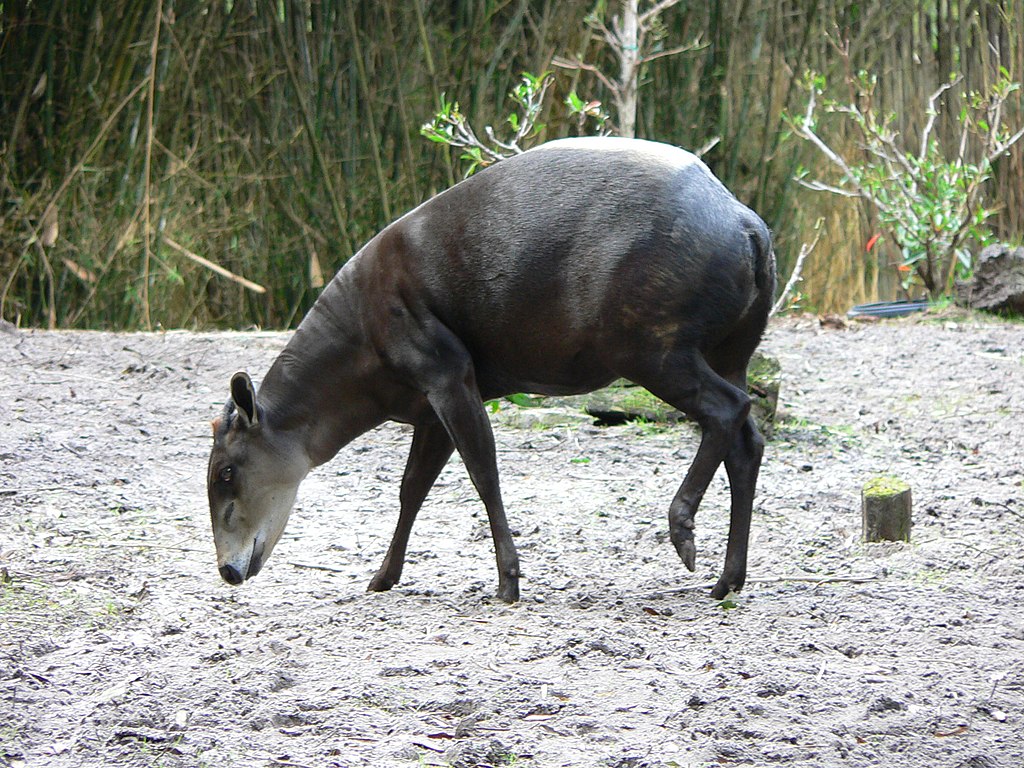 The yellow-backed duiker is an antelope found in Central and Western Africa. Its name comes from the distinctive yellow patch of fur on the animal’s back. This is raised when the animal feels threatened. 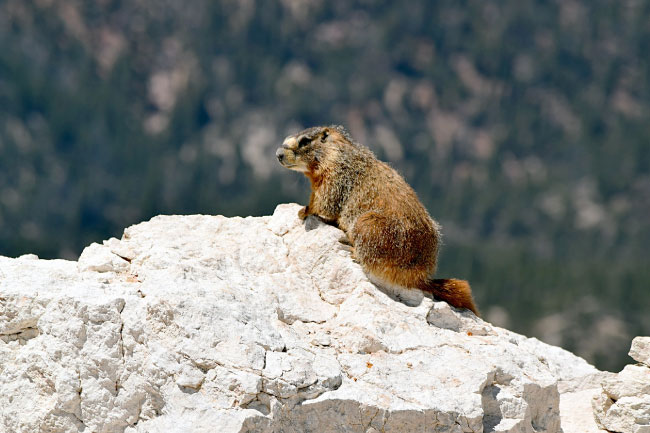 The yellow-bellied marmot is a ground squirrel found in mountainous regions of Canada and the United States. It has a thick grey-brown coat with a patch of yellow hair on its chest, from which it gets its name.

The species lives in colonies of around 20 individuals with a single dominant male.

The yellow-bellied weasel is a mammal in the weasel family Mustelidae. It is found in several Asian countries, including China, Thailand and Vietnam. It has a long body with short legs, and gets its name from the yellow fur of its undersides.

The yellow-bellied weasel is a solitary hunter that feeds on birds and small mammals. It lives at relatively high altitudes in inaccessible terrain, hence little is known about its lifestyle. 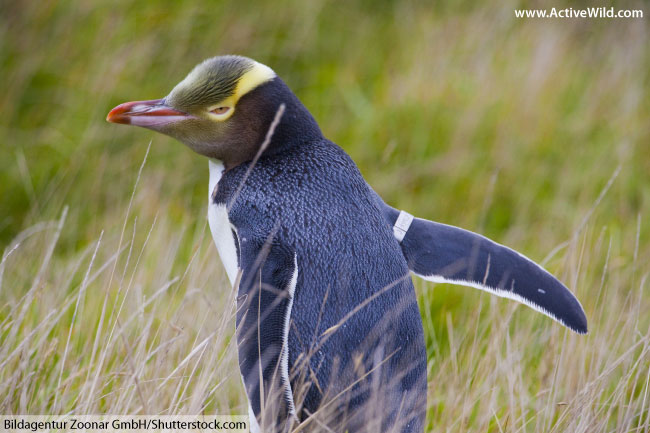 The yellow-eyed penguin is a flightless bird found in New Zealand. It is the fourth-largest penguin. It has a black back and sides, a white chest, pale yellow eyes and a yellow stripe running from eye to eye around the back of its head.

The yellow-eyed penguin was declared endangered in the year 2000. There are under 2,000 breeding pairs and the population is thought to be declining.

The yellow-footed antechinus is a small, gray, shrew-like marsupial (pouched mammal). It is found in three separate parts of Australia, with colonies in Western Australia, east Australia, and in Queensland. The species is known for its short lifespan of under a year. 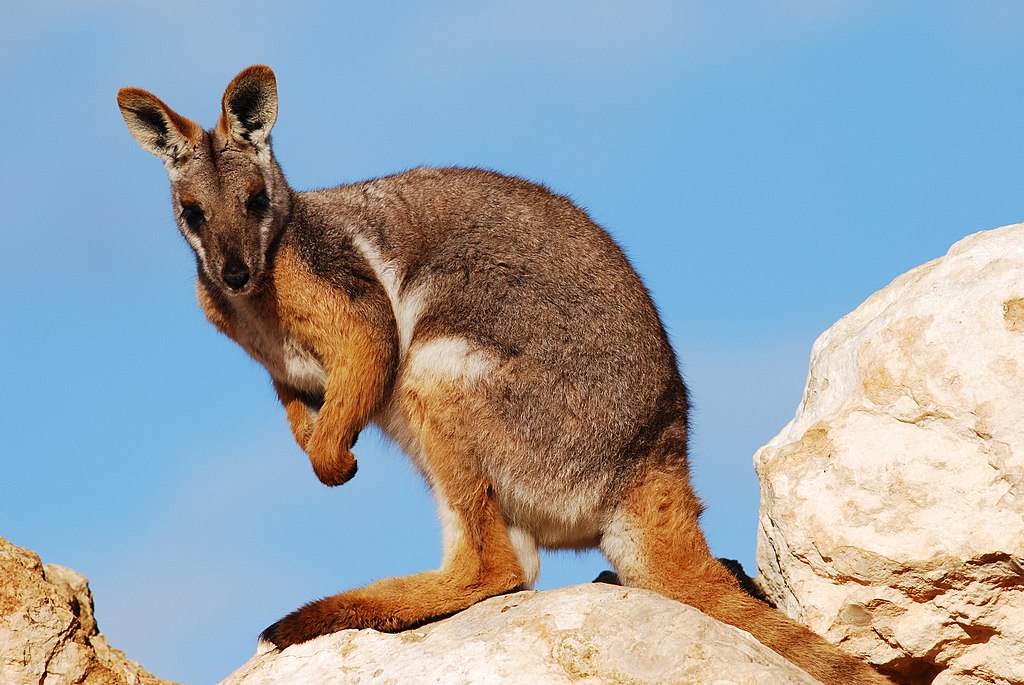 The yellow-footed rock-wallaby is a macropod (member of the kangaroo family, Macropodidae). It is found in Australia, with separate populations in New South Wales, South Australia and Queensland.

The yellow-footed rock wallaby gets its name from the yellow-brown color of its arms and legs. The species is extremely agile, and lives in rocky environments. 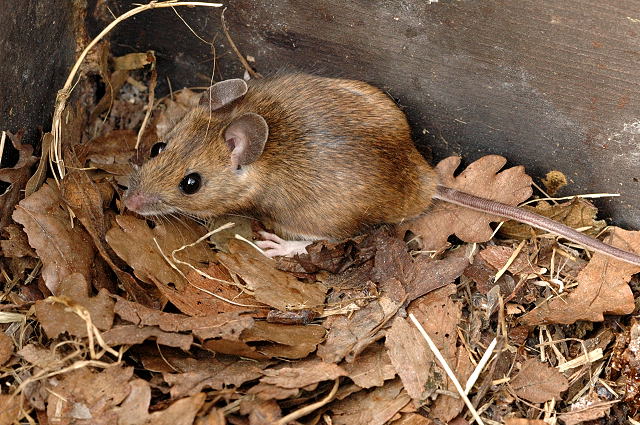 The yellow-necked mouse is a small mammal found mainly in Southern Europe, but also northwards into Scandinavia and Britain. It has brown fur with a band of yellow around its neck. It is typically found in mountainous woodland. 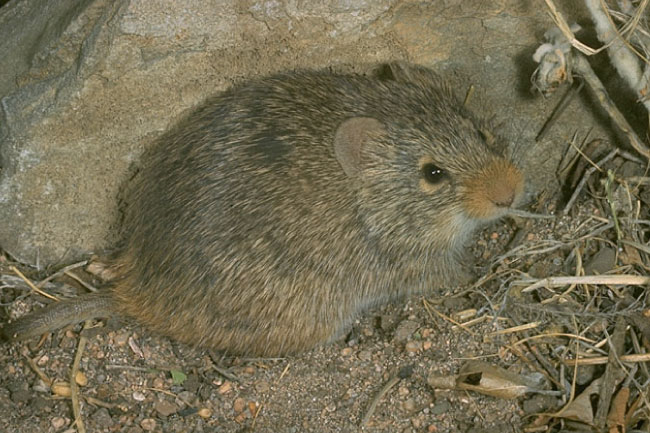 The yellow-nosed cotton rat is a member of the rodent family Cricetidae. This family also includes hamsters, voles, lemmings, and is the second biggest mammal family. (Muridae, which includes mice, rats and gerbils, is the largest mammalian family.)

The yellow-nosed cotton rat is found in southern United States and Mexico. It has gray fur and an orange nose. It lives in mountainous grasslands and shrublands. 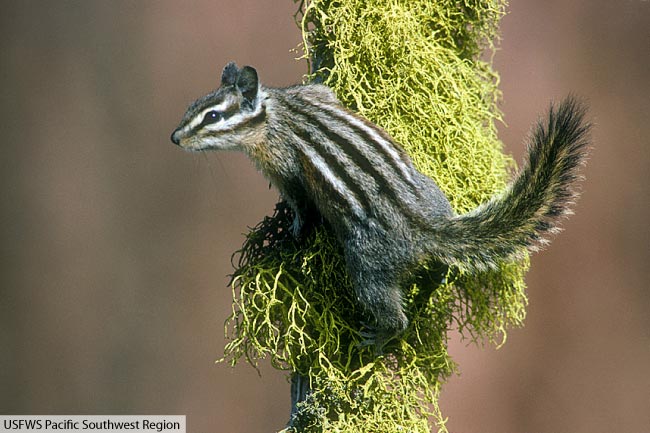 The yellow-pine chipmunk, like all chipmunks, is a member of the rodent family Sciuridae, which includes animals such as squirrels, marmots and prairie dogs.

The yellow-pine chipmunk has reddish-gray fur marked with five black and two white stripes. Its face is also striped. The species is found in western United States and Canada. 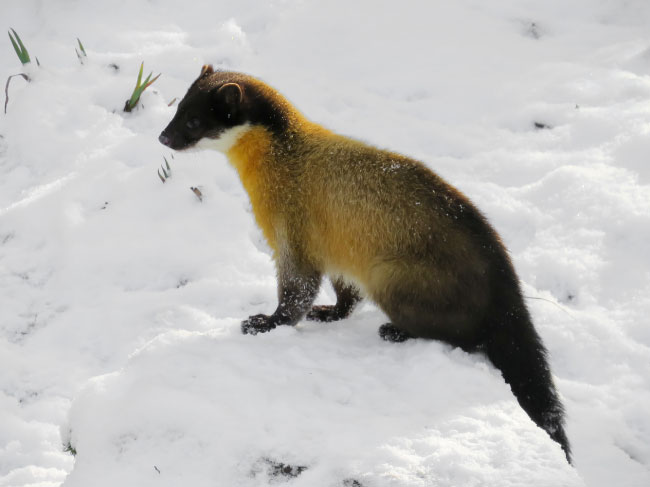 The yellow-throated marten is a mid-sized predatory mammal that is found in Asia. It is the largest member of the weasel family Mustelidae found in the Old World (i.e. the continents of Europe, Asia and Africa).

The tail and hindquarters of the species are dark brown. Its back, neck and shoulders are yellow, hence the species’ name. 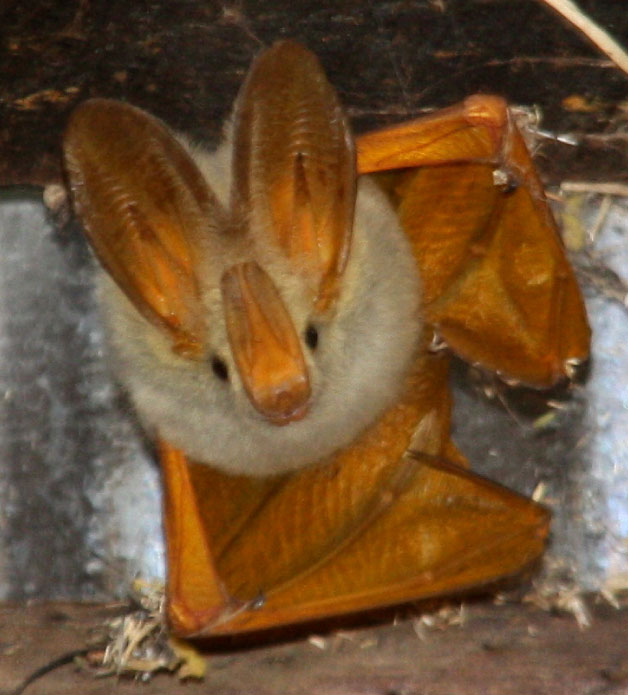 The yellow-winged bat is a flying mammal. A member of the ‘false vampire bat’ family Megadermatidae, it is found in a band across sub-Saharan Africa. The species has distinctive yellow-colored wings, ears and nose.

Yellow-winged bats are found in woodlands, and prey on a variety of insects.

The Yucatan squirrel is a rodent found in the forests of Mexico and Central America. Like all tree squirrels, it spends most of its life in the trees, where it forages for nuts and seed. It is fairly common in its range and able to tolerate a degree of change to its habitat. Its conservation status is Least Concern. 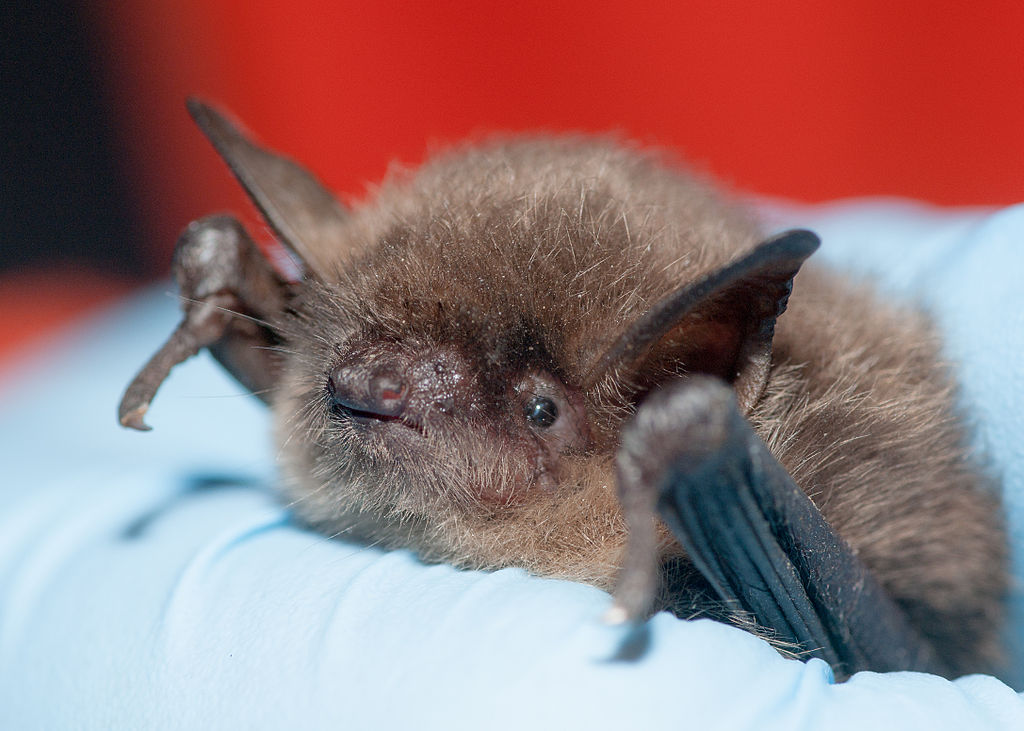 The Yuma myotis is a small insectivorous (insect-eating) bat found in western North America, from south Canada to Mexico. It lives in colonies that can number up to 10,000 individuals, usually close to water.

The species is susceptible to White-nose syndrome – a disease that since 2012 has been responsible for the deaths of 5 to 7 million bats.

Animals That Start With Y: Conclusion

We hope that this page has helped you find out about some amazing animals beginning with y. Continue your exploration of the animal kingdom by checking out the following pages:

2 thoughts on “Animals That Start With Y: List With Pictures & Facts”