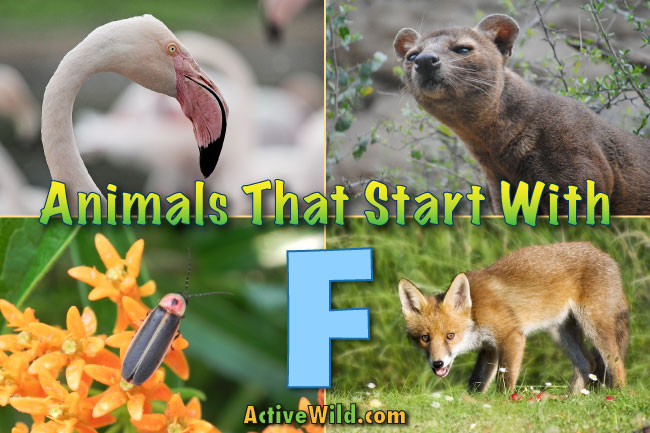 Animals that start with f: list with pictures and facts. Find the animal beginning with f that you’re interested in and follow the links for further information.

On this page you’ll find a list of amazing animals beginning with f, together with pictures and interesting facts about each animal.

Falcons are birds of prey in the genus (a group of related animals) Falco. With their long, pointed wings, falcons are fast and agile flyers. They have to be; most falcons catch their prey in the air.

The peregrine falcon Falco peregrinus, which can reach speeds of 200 miles per hour (320 km/h) when diving is the world’s fastest-moving animal.

Falcons use their beaks to dispatch their prey, unlike hawks, who use their talons. 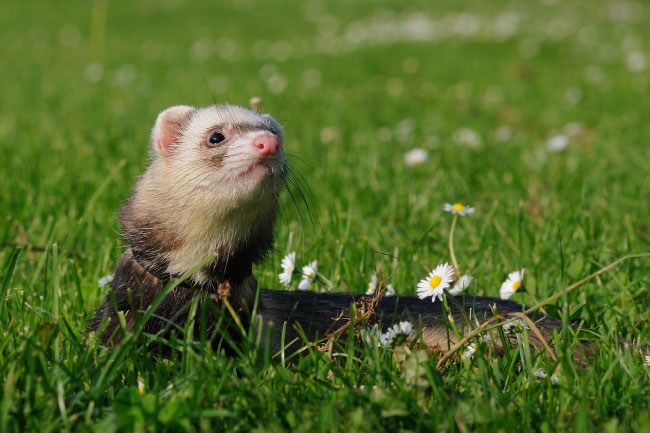 The ferret is the domesticated form of the European Polecat. Like all mustelids (members of the weasel family, Mustelidae), ferrets are capable predators. Ferrets were domesticated over 2,000 years ago and were used to hunt vermin. 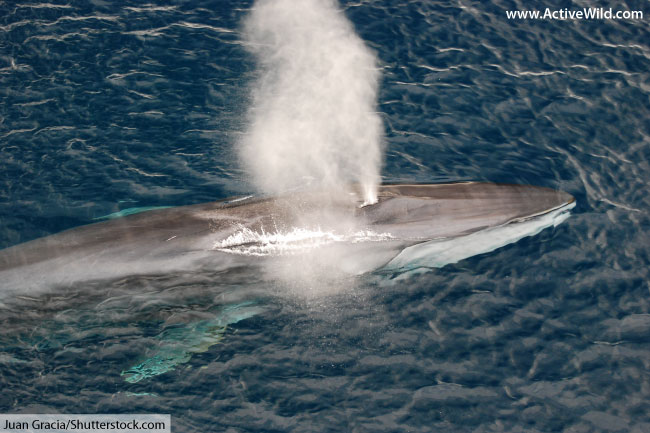 The fin whale is a baleen whale. It feeds on some of the smallest animals in the ocean, taking in huge mouthfuls and filtering out the tiny lifeforms when the water is expelled. 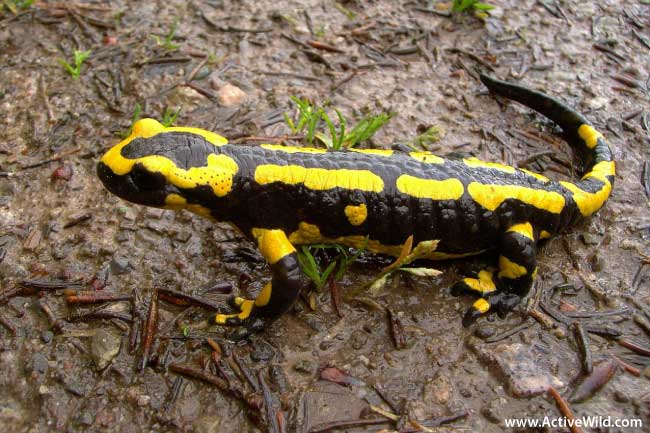 The fire salamander is a distinctive yellow and black amphibian that lives throughout Southern, Central and Eastern Europe. 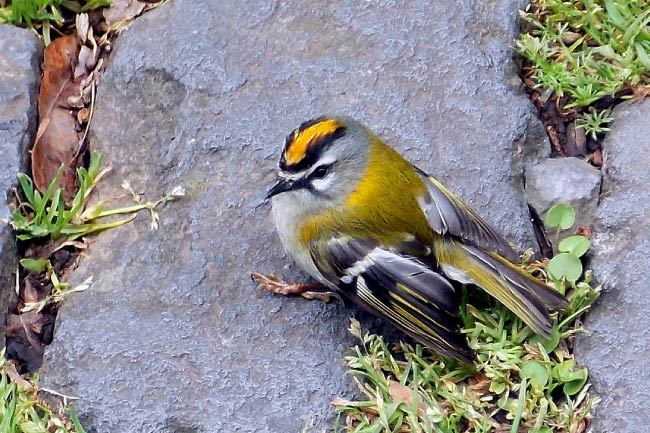 The firecrest, also known as common firecrest, is a small passerine (perching bird). It is found throughout much of Europe and parts of North Africa. The firecrest can be identified by its extremely small size, and by the striking gold crest on its head. Its preferred habitat is woodland. 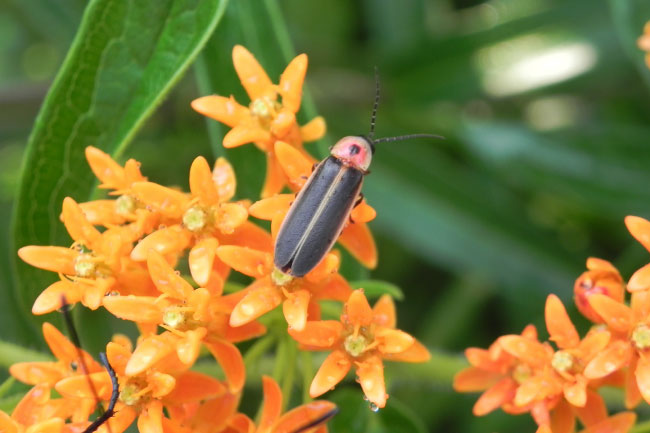 Fireflies are winged beetles that comprise the family Lampyridae. There are around 2,000 species of firefly. Many have light-emitting organs in their abdomens. A chemical reaction within these organs produces light, which is used to attract a mate.

Flamingos are large birds with long, thin legs and distinctive pink plumage. Flamingos feed by turning their heads upside down and inserting their bills into the water. Food is filtered out of the water by special hair-like structures within the bird’s bill. 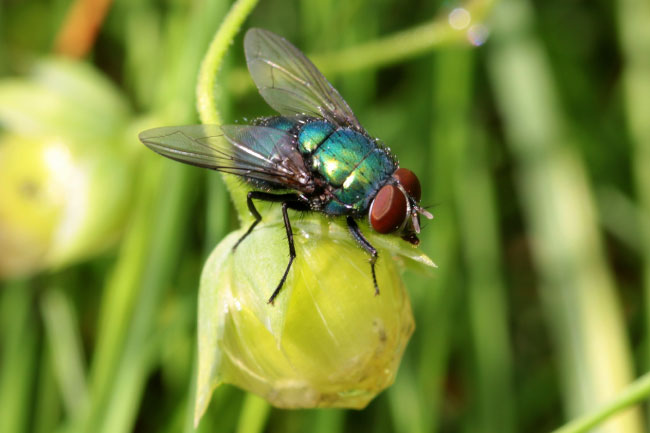 Flies are insects in the order diptera. Around 125,000 species are currently known, but it is estimated that there are around 1,000,000 (one million) species of fly in total.

Flies only have one pair of wings. Their hindwings have developed into organs called halteres that provide balance and help to control flight. 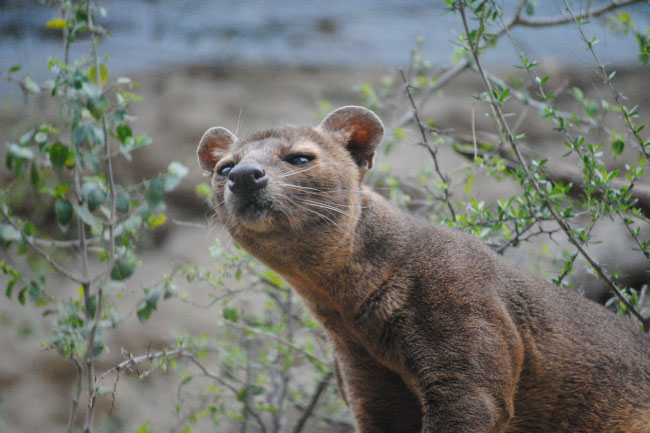 The fossa is a predatory mammal that is only found on the island of Madagascar in the Indian Ocean. Although the fossa resembles a cat, it is more closely related to mongooses. The fossa lives in forests, and is an able climber. It preys mainly on lemurs.

The commonest and most widespread species of fox is the red fox. It is found throughout North America and Europe. It has also been introduced to Australia, where its presence is detrimental to local wildlife and it is considered to be an invasive species. 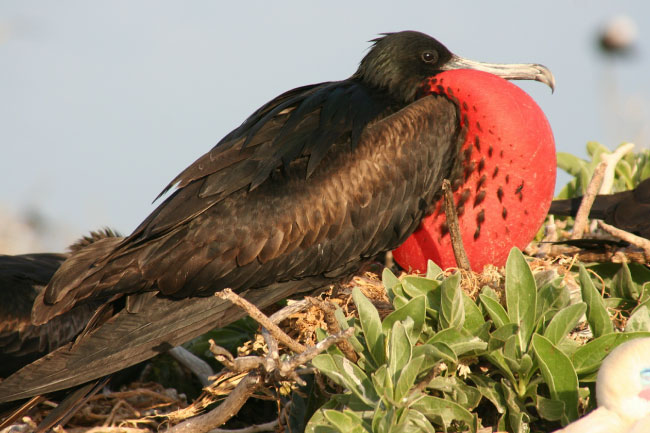 Frigatebirds are seabirds with long thin wings, forked tails, and long, hooked beaks. They have the longest wingspan in relation to body weight of any bird. Male frigatebirds have striking red-colored throat pouches, which they inflate in order to attract females. 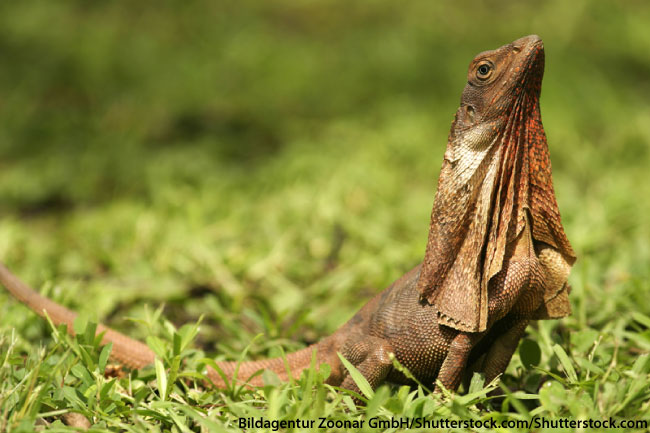 The frill-necked lizard is found in Northern Australia. It gets its name from the frill of loose skin around its neck. When the lizard is alarmed or angry, it raises its frill, making itself look bigger than it actually is!

Frogs are mostly small, predatory amphibians in the order Anura.

After hatching from eggs, frogs spend the first stage of their lives as tadpoles – limbless larvae with gills and a tail with which they propel themselves through the water. During this time they are fully aquatic (i.e. they spend all of their time in the water).

Frogs then undergo a physical change known as metamorphosis. During this time they lose their gills and tails and develop lungs and limbs.

In their adult form, frogs can breathe air and venture onto land. 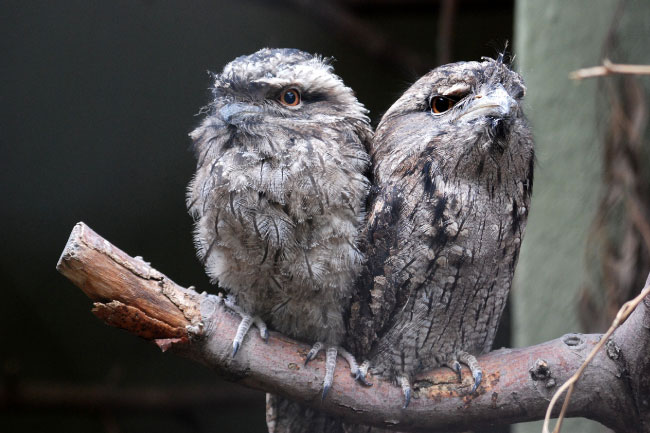 Frogmouths are birds in the family Podargidae. Their name comes from their wide, frog-like mouths. Frogmouths are nocturnal hunters. They have excellent camouflage and remain concealed against branches in the daytime. There are 14 species of frogmouth. They are found in south Asia and Australia. 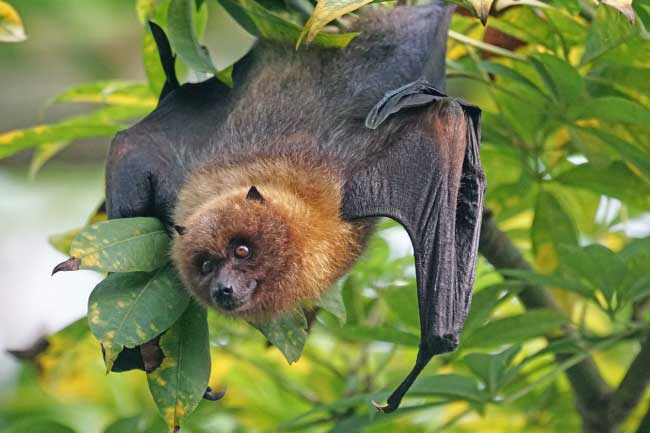 Fruit bats, otherwise known as megabats, are flying mammals. They comprise one of the two main types of bat, the other being the microbats. As their name suggests, fruit bats mainly eat fruit. Most have lost the ability to navigate using echolocation, which is used by the microbats to locate their mostly insect prey. 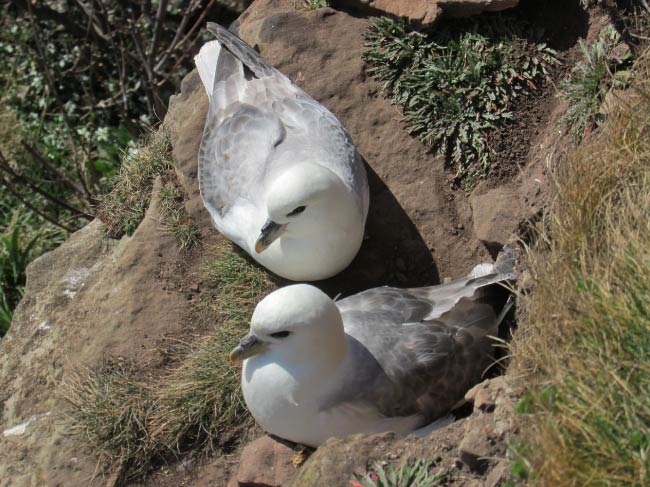 Fulmars are seabirds that spend most of their lives at sea, only returning to land to breed. They are members of the order Procellariiformes, or ‘tubenoses’, and have distinctive tube structures above their bills.

Fur seals are seals with dense underfur. Like all members of the Otariidae family, which also includes the sea lions, fur seals are able to walk on land using all four flippers.

This differentiates them from the ‘earless’ seals of the family Phocidae, which can only move around on land by pulling themselves along with their forelimbs. Fur seals used to be hunted for their fur but are now protected.

Animals That Start With F: Conclusion

We hope that this page has helped you find out about some amazing animals beginning with f. Continue your exploration of the animal kingdom by checking out the following pages:

1 thought on “Animals That Start With F: List With Pictures & Facts”