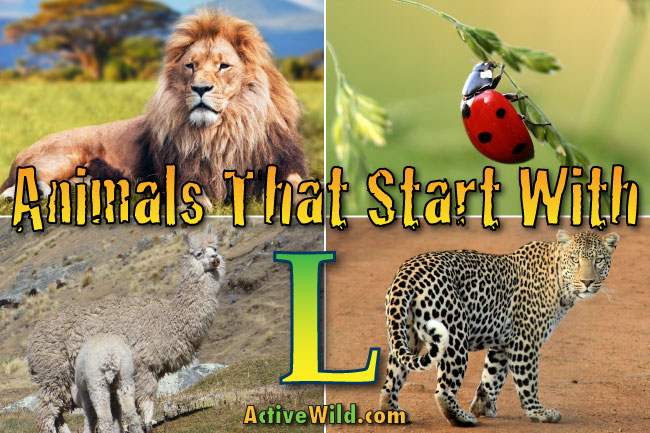 Animals that start with l: list with pictures and facts. Discover amazing animals beginning with l. Follow the links for further information!

On this page you’ll find a list of amazing animals beginning with l, together with pictures and interesting facts about each animal. 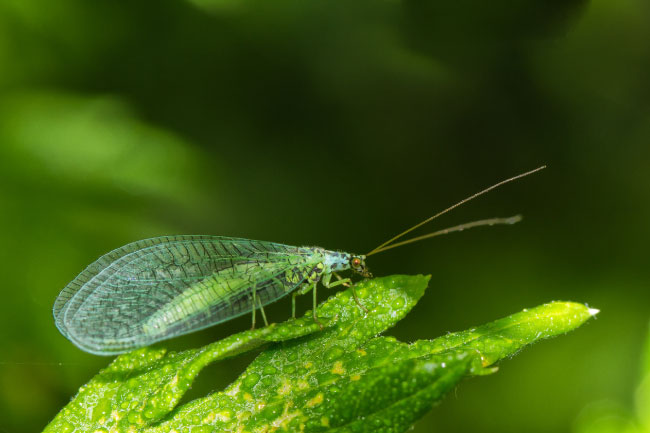 Lacewings are insects that have two pairs of delicate, veined wings. There are many different lacewing species. The most well-known are members of the family Chrysopidae, otherwise known as green lacewings.

Lacewings are members of the order Neuroptera – a large group of insects that has been around since before the dinosaurs! 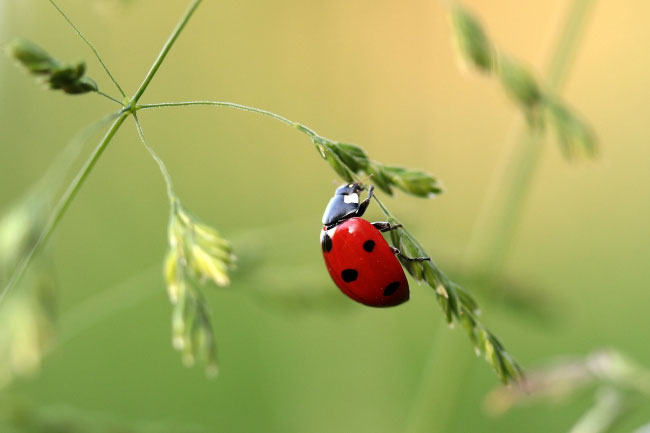 Ladybugs (known as ladybirds outside of North America) are small beetles known for their brightly-colored, spotted wing cases. There are over 6,000 species of ladybug and they are found all around the world.

Ladybugs feed on insects such as aphids (greenflies) which can be harmful to crops. For this reason gardeners are often pleased to see ladybugs on their vegetables.

Some ladybug species, such as the harlequin ladybird, are invasive species. Although they were originally introduced to help farmers, their presence can be harmful to native ladybug species. 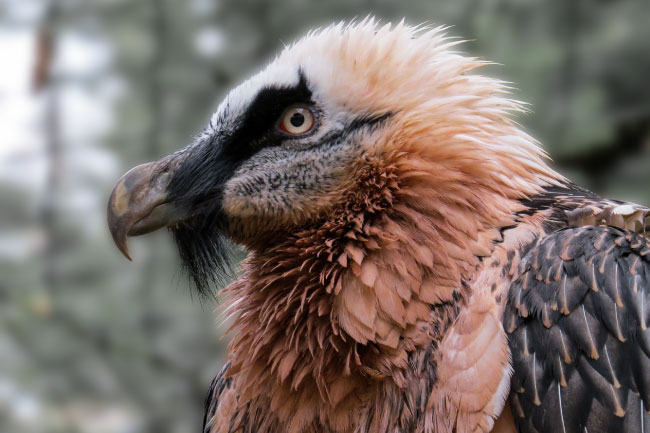 The lammergeier is a vulture that is found in mountainous regions in Europe, Asia and Africa. The species is also known as the bearded vulture. Although the lammergeier’s range (the area in which it is found) is large, the species is very rare and it is thought that there are fewer than 7,000 lammergeiers left in the wild.

The lammergeier feeds on carrion. Its stomach juices are highly acidic, and can break down large bones within 24 hours. 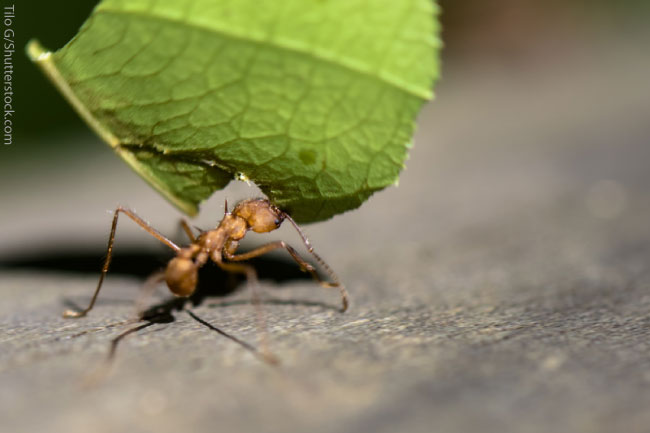 Leafcutter ants are large ants found in Central and South America. They live in huge colonies which can contain up to 8 million insects.

Leafcutter ants collect leaves and other vegetation and bring it to their nests. Here, the plant matter is chewed and used to grow fungus in an area of the nest known as a ‘fungal garden’. The fungus is eaten by the queen and the other ants that don’t leave the nest. 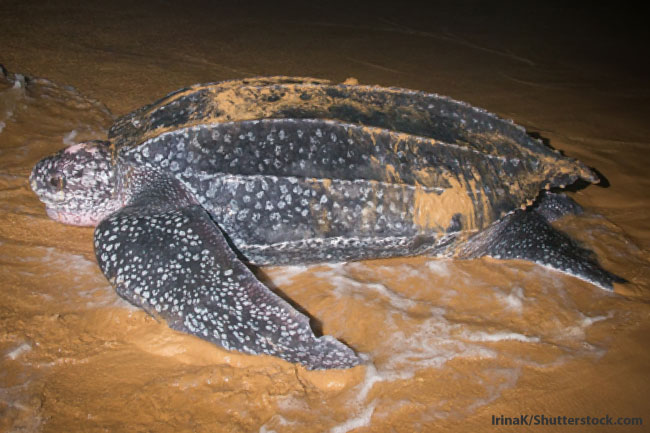 Leatherback turtles migrate long distances between their breeding and feeding grounds, and are found in temperate waters all around the world. 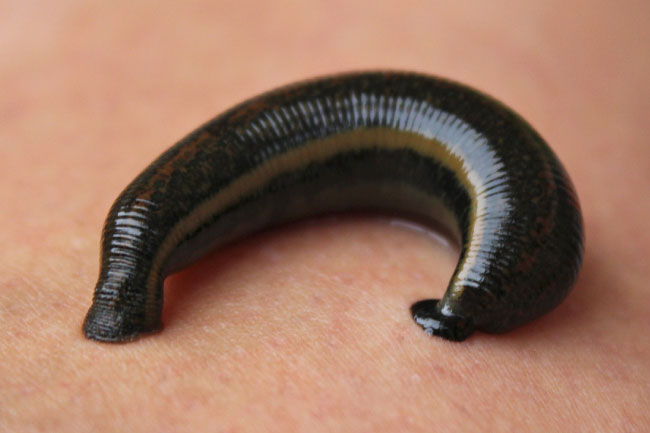 Leeches are annelids (ringed worms) in the subclass Hirudinea. They have a sucker at either end of their bodies.

Some species of leech attach themselves to other animals (including humans) and – using specially adapted mouthparts containing hundreds of tiny, sharp teeth – drink their blood!

In the past, doctors used leeches to try to cure their patients of various ailments. It was thought that having blood removed by a leech would help restore the body’s natural balance.

Lemmings are small Arctic rodents. They are in the tribe (a group of related animals) Lemmini. Lemmings are herbivorous (plant-eaters), and eat a variety of plant matter including leaves and shoots.

Occasionally, under favorable conditions, lemming populations can suddenly grow dramatically. These population booms cause large numbers of lemmings to migrate away from their birthplaces.

These large-scale migrations gave rise to the myth that large groups of lemmings throw themselves off cliffs.

Lemurs are primates that are only found on the island of Madagascar. There are around 100 species of lemur, many of which are now endangered. The smallest lemur is the mouse lemur; the largest the indri. 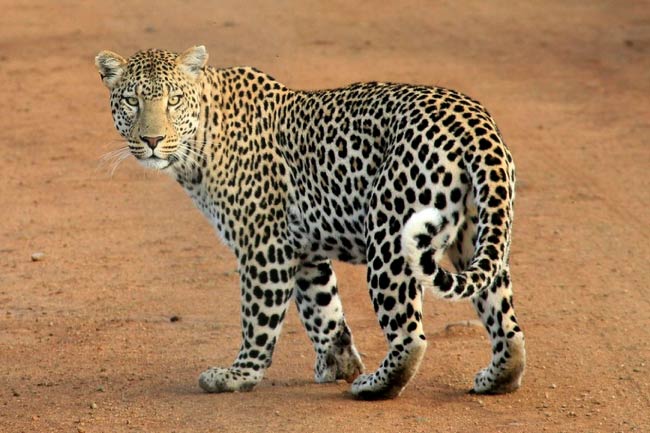 The leopard is the fourth-largest cat species. Its distinctive coat is golden-yellow and covered in spots called rosettes (they’re more like ‘rings’ than ‘spots’). The leopard is stealthy and strong. It preys on animals such as antelopes and deer.

The leopard is extremely strong. In order to prevent other predators from stealing its food, the leopard can drag its prey up a tree. 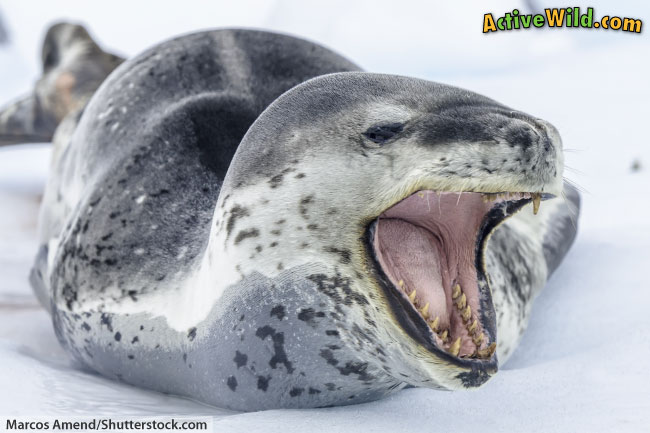 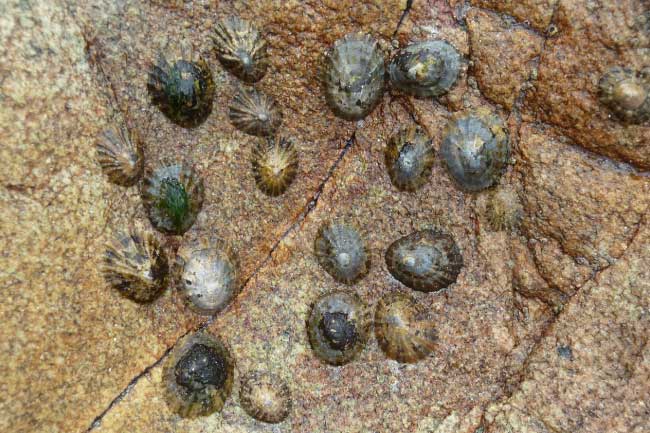 Limpets are small, shelled animals that attach themselves to rocks and feed on algae. Most limpets are found in saltwater environments, although there are limpets that live in freshwater.

Limpets are members of the class (a large group of related animals) Gastropoda. Other gastropods include snails and slugs.

The lion is the second-largest species of cat. Only the tiger is larger, although there is a great deal of overlap in the species’ sizes (i.e. many lions are larger than tigers).

Most wild lions live in Africa. The only lions found in the wild outside of Africa live in India’s Gir Forest National Park and Wildlife Sanctuary. A 2015 survey found that there were 523 lions present in this area.

Lions are able to live in a wide range of habitats, only avoiding tropical rainforests and the interior of the Sahara desert.

The lion is more social that most other cats. It lives and hunts in groups called prides. 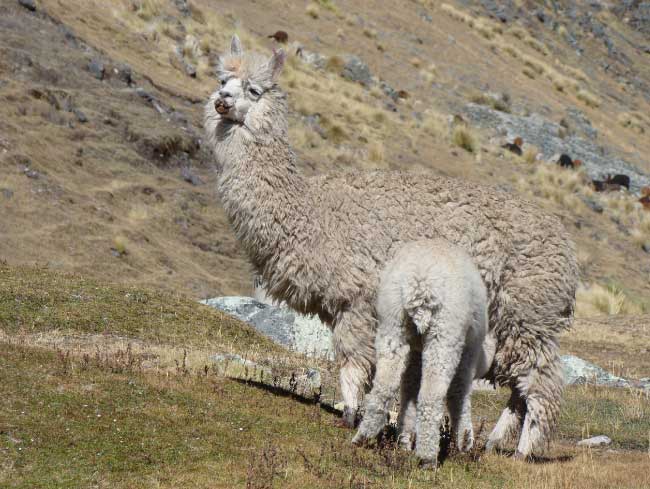 The llama is a member of the family Camelidae, otherwise known as the camel family. The llama was originally domesticated in South America many hundreds of years ago. Today it is farmed for its wool not just in South America but also in many other parts of the world.

Lobsters are large crustaceans that live in the sea. Their long bodies are protected by a hard exoskeleton (i.e. an external skeleton). Lobsters have five pairs of legs. The front three pairs of legs all have claws, although those on the foremost pair are much larger than the others.

Lobsters use their long antennae to feel their way around the dark ocean floor.

Locusts are a type of grasshopper. (Grasshoppers are insects with long bodies and well-developed hind legs that enable them to jump long distances.) 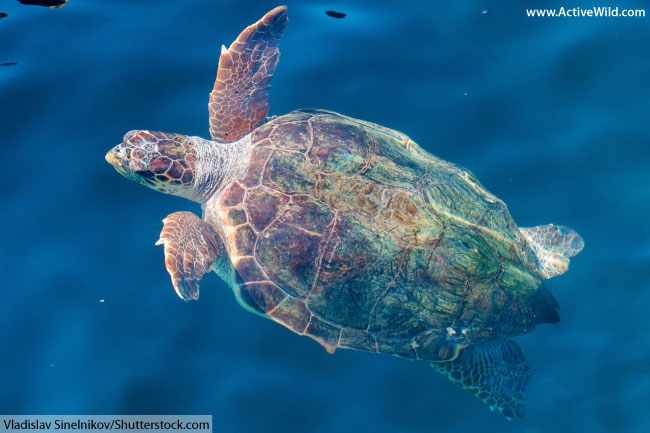 The loggerhead sea turtle is a member of the family Cheloniidae. It is the largest of the five other species in this family, but is not as large as the leatherback sea turtle (which is in the family Dermochelyidae).

The carapace (shell) of the loggerhead sea turtle ranges in color from orange to brown. The plastron (the hard ‘breastplate’ covering the underside of the turtle) is yellow. The adult turtle’s large size and hard shell keep it safe from most ocean predators.

Lorises are nocturnal primates that live in the tropical forests of south and southeastern Asia. There are two types of loris: the slender lorises in the genus Loris, and the slow lorises in the Genus Nycticebus.

Before leaving their young, adult lorises lick the infants, covering them with saliva that is mildly poisonous. This deters other animals from preying on the young. 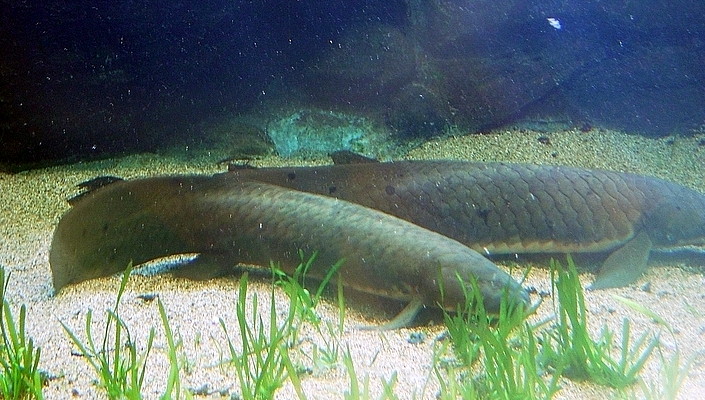 Lungfish are a group of freshwater fish that breathe air using lungs rather than gills (the Australian lungfish can also ‘breathe’ using its gills). There are six known species of lungfish. They are found in Africa, South America and Australia.

Lungfish are large fish with long, eel-like bodies. The Queensland lungfish is thought to be a ‘living fossil’, because the species has existed for over 100 million years and has changed very little over that time.

Lynxes are medium-sized wild cats in the genus Lynx. They have short tails and distinctive tufts of hair at the ends of their ears.

Animals That Start With L: Conclusion

We hope that this page has helped you discover some amazing animals beginning with l! Continue your exploration of the animal kingdom by checking out the following pages:

1 thought on “Animals That Start With L: List With Pictures & Facts”