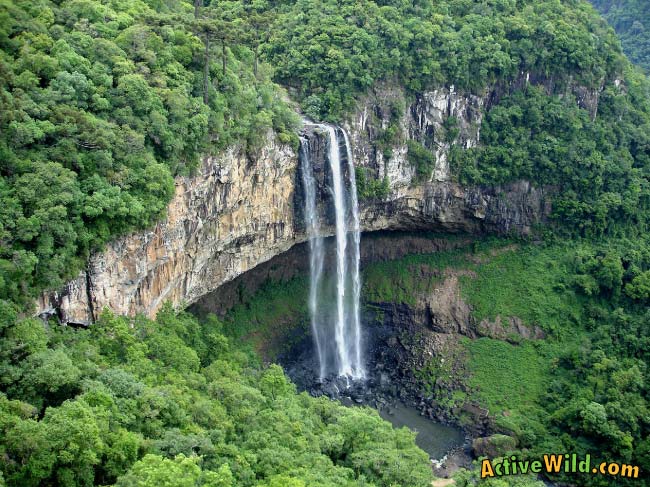 What Is A Tropical Rainforest?

A rainforest is a forest that grows in an area with a high rainfall. Most rainforests receive over 2,000 mm (80 in.) of rain every year.

Running parallel above and below the Equator are two more imaginary lines: the Tropic of Cancer and the Tropic of Capricorn respectively. The world’s tropical regions are located within these two lines.

In tropical regions, the sun is directly overhead at least once during the year.

The diagram below shows the Equator and the Tropics.

Rainforests are home to a vast number of animals and plants – we’ll meet some of them further down the page – and are therefore extremely important to the world’s biodiversity.

They’re also home to indigenous tribes, with their own languages and cultures.

Tropical rainforests are also used for the production of food, medicine, and other products. Many rainforest products can be produced sustainably. However, commercial pressure often outweighs environmental concerns.

Deforestation occurs when forested areas are permanently converted for other uses – for example, farming or mining.

Sadly, despite the world’s forested area being a fraction of what it once was, deforestation still continues today.

Montane rainforests are found at higher altitudes. They are cooler, and are often covered in mist. For this reason, they are often known as ‘cloud forests’. Trees in montane rain forests are often shorter than those in lowland rainforests.

Not all rainforests are tropical rainforests. Rainforests do grow outside of the Tropics, in both the Southern and Northern Hemispheres. The climate away from the tropics is generally cooler, and these forests are known as temperate rainforests.

Where Are Tropical Rainforests Located?

Tropical rainforests follow the Equator around the world. The world’s most famous rain forests, including the Amazon Rainforest, are found in South America. Other well-known rainforests include Africa’s Congo rainforest, Australia’s Daintree Rainforest, and the rainforests of Sumatra and Borneo.

What Is A Tropical Rainforest: Layers

The lowest layer of the rainforest is the forest floor. This is where the rainforest’s largest inhabitants are found, such as tapirs, jaguars and forest elephants.

Animals That Live In Tropical Rainforests

Rainforests are extremely biodiverse habitats – which basically means that a large number of species live in them.

As you can see, tropical rainforests are home to many varied animal species, and we’re only just scratching the surface. No other habitat on Earth is home to as many different species.

Plants That Grow In Tropical Rainforests

Of course, it’s not just animals that live in tropical rainforests; an incredible number of plants, including the trees themselves, are found in the rainforest environment.

Epiphytes, plants that grow harmlessly on other plants, are often found in tropical rainforests.

Other rainforest plants are bromeliads. This is a family of plants that have stiff, spiked leaves which radiate out from a central point. The leaves channel rainwater into a pool at the center of the plant. This pool provides a habitat for animals such as frogs, whose tadpoles grow inside the plants.

What Is a Tropical Rainforest: Conclusion

In this article we’ve found that a tropical rainforest is a rainforest that grows in a tropical region. Rainforests are forests that grow in areas with high rainfall, and there are several different types of rainforest, including montane rainforests and mangrove forests.

We’ve also learned about the animals and plants that live in a tropical rainforest. Of course, we’ve only scratched the surface: there are millions of animal and plant species found in the world’s rainforests. You can find out more about them on these pages:

If you have enjoyed this article, share it on social media using the share buttons at the top of the page!